The National Mining Hall of Fame and Museum announced the 2015 inductees and the 2015 Prazen Award winner. This year’s inductees, selected by the Hall of Fame’s Board of Governors, represent technology, management, mineral policy, education, and health and safety aspects of the mining industry. They envelope a diverse cross-section of the mining industry and were selected for being visionaries, leaders, educators and ambassadors.

In 2015, Frank F. Aplan, T.S. Ary, Ralph E. Bailey, John Campbell Greenway, and Edward Steidle will join 227 other mining industry honorees when formally inducted into the National Mining Hall of Fame. The Prazen Living Legend of Mining Award will go to The Powell River Project Research and Education Center, a partnership of Virginia Tech and the Appalachian coal mining industry.

“We are pleased and honored to induct such an outstanding group of mining industry professionals,” said Frank McAllister, chairman, Mining Hall of Fame. “Among the inductees are professionals who made exceptional contributions to the mining industry in the United States, including two living inductees who made significant contributions to management and technology in the industry. We are also delighted that The Powell River Project Research and Education Center is to be recognized for its 35 years of outstanding stewardship to Appalachia.”

The 2015 Annual Induction Banquet and Ceremony will be held on October 23, at the Omni William Penn Hotel ballroom in Pittsburgh, Pennsylvania.

Dr. Frank F. Aplan is among the most influential mineral processing leaders in both industry and academia. His studies of the processes involved in the preparation of coal and mineral ores are acknowledged worldwide for their broad applicability. An authority on flotation, Dr. Aplan is especially known for his studies of the wetting of solids and their control through the adsorption of surfactant films, and for his work on atomic defects on properties and behavior of solid-liquid interfaces.

T.S. Ary was a leader in mineral exploration and a champion of economically and environmentally sustainable mineral policies. A prolific author and advocate for the mining industry, Ary was a recognized authority on mineral policy who served on the U.S. State Department Task Force to the United Nations Law of the Sea Convention and on the Mineral Advisory Committee to the Department of Commerce. In 1988, Ary was sworn in as the 18th director of the U.S. Bureau of Mines.

Ralph E. Bailey is a distinguished veteran of the coal industry regarded not only for his impressive accomplishments as a mining industry executive, but also for his staunch commitment to safety, engineering, and improving mine operations. Bailey was also responsible for implementing many effective new concepts, including the first longwall system to operate in eastern bituminous coal and the implementation of a program to improve the health and safety of both underground and surface miners.

John Campbell Greenway possessed unique engineering and managerial talents. He led development of the Western Mesabi Iron Ore Range in Minnesota and, along with Dr. L.D. Ricketts, developed and patented the technology for leaching copper ores and electrowinning the leached solutions. Praised for heroic conduct in WWI and awarded the Croix de Guerre and l’Etoile, Legion of Honor, and Distinguished Service Cross, a statue of Brigadier General Greenway stood in the U.S. Capitol for 85 years.

Edward Steidle was an influential visionary leader of U.S. mineral education who recognized the need to bring under one roof all of the sciences and technologies needed to discover, extract, process, utilize, and conserve mineral wealth for the benefit of humanity. Accordingly, Steidle created the College of Earth and Mineral Sciences while dean at Penn State, where he taught and shared his ideas and philosophy on mineral education and conservation.

The Powell River Project Research and Education Center is a Virginia Tech program that conducts research and education programs to enhance the restoration of coal-mined lands in partnership with the Appalachian coal mining industry.

The Powell River Project was created in 1980 in direct response to coal mine reclamation challenges presented by the Surface Mine Control and Reclamation Act of 1977. Its purpose has been to identify reclamation practices and post-mine land uses most beneficial to communities in the coal field region, particularly in the realm of reclaiming and reforesting mined lands with native hardwood species, and the utilization of reclaimed areas for agriculture and horticulture.

Full biographies and photographs of all past inductees can be accessed at www.mininghallofame.org, along with additional information about the museum and its facilities. Located in Leadville, Colorado, the National Mining Hall of Fame serves as the showcase of American mining. 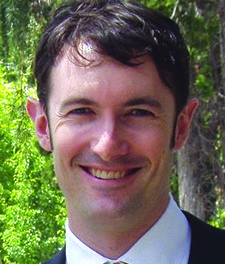