Mining company Kovdorsky GOK is confidently developing a “super deep” mine plan at its Zhelezny open-pit operation in the Murmansk region of Russia. As a result, the company, owned by fertilizer giant Eurochem, will be able to gain access to an additional 300 to 400 million metric tons of ore and extend its life by a further 30 years to 2049.

Iron ore is the primary production at Zhelezny but the mine also produces valuable apatite, which is used in the fertilizer industry as well as baddeleyite, a zirconium oxide used in the industrial minerals sector.

According to the plan, the first target will be to maintain the ore output at 23 million mt/y until 2032, after which production will gradually decrease.

The entire project has been preceded by several years of extensive studies using some of the most sophisticated methods of testing, calculation and analysis in the industry.

From the results obtained it is clear that the project will depend heavily on the performance of the Atlas Copco drilling equipment at the site. There are two fleets involved, the first owned and operated by Kovdorsky GOK, the other by mining contractor Technobur. These comprise large-hole rotary drill rigs, down-the-hole crawlers and rock drilling tools from Secoroc.

It is also clear that extraordinarily careful drilling and blasting to maintain maximum stability of the 39- to 49-ft-high (11.9- to 15-m-high) benches, is, and will continue to be, the key to success.

The studies resulted in a set of parameters for the engineering geologists and a 3-D model of the deposit, which was used to forecast areas where slopes might fail. Five different geological zones were selected for testing and for each one, the bench slope angles, heights and the required width of safety berms were defined.

This information led to a list of specifications for the excavation of the “new” pit including extra-careful blasting techniques involving pre-splitting, relief of water pressure in the benches, stabilization of weak rock masses using rock bolts and cement injection, as well as constant slope stability monitoring.

The mine uses a combination of blasthole sizes, and extensive tests were also carried out to determine the blastability of the rock. Five categories have been defined and for each one, the burden, hole distance and height of explosive charge are calculated in relation to hole diameters, bench height, grade of emulsion charge and row position in the blasting sequence.

The use of emulsion instead of conventional explosives reduces the impact on the environment, especially the urban area close to the mine. These explosives emit fewer gas pollutants and are not sensitive to the considerable presence of water flows in many of the holes.

For more than 30 years, Kovdorsky has relied on Russian-built, electric-powered rotary drilling rigs of the SBSh-250 series. But, as Mikhail Togunov, chief mining officer at Kovdorsky, explained, a fleet able to drill a range of hole diameters with optimum efficiency was crucial for the new super-deep mine.

Technobur tested an Atlas Copco DM rig against the electric rigs and found that the diesel-powered drill was 30% faster. In 2007, Technobur introduced a fleet of diesel-powered Atlas Copco rigs to the mine and today this company is responsible for more than 70% of the drilling work.

Evgeny Perevozchikov, site manager for Technobur, who has more than 40 years of experience at the mine, said the diesel-powered equipment was chosen for maximum efficiency and mobility.

To stabilize the final walls of the pit, pre-splitting is used to produce rock walls with a smooth surface and a minimum of cracks. Important factors for a good result are parallel rows of small diameter holes, a short distance between the holes, weak explosive charges and simultaneous firing. When a presplit row is blasted, a crack is created between all of the holes in the row. No rock is broken. Instead, the rock outside the row is broken by the blast in the next row of holes.

Besides pre-splitting, the mine is considering various other methods for further stabilization of the pit walls. Kovdorsky uses two Atlas Copco ROC L8 down-the-hole drilling (DTH) rigs to drill 5.5-in. (140-mm) pre-split holes and 6.5-in. (165-mm) buffer holes close to the margin of the benches.

Kovdorsky also uses five SBSh electric rotary drills plus the ROC L8 rigs. All of the Atlas Copco drills used by Technobur are set up for rotary or down-the-hole multi-pass drilling.

In a typical month, the Technobur fleet drills more than 25 miles (40 km) of a total of 34 miles (55 km). The rotary rigs use Russian-made tricone bits while the down-the-hole rigs use Atlas Copco Secoroc COP 64 hammers and 6.5- or 7.87-in. bits for production drilling.

The high-pressure DML HP and DM 45 HP rigs are used for either DTH or rotary drilling, depending on the rock conditions. Technobur maintains these rigs with the assistance of Atlas Copco service engineers.

The project is progressing according to plan and Kovdorsky expects to reach its first-stage targets by early next year.

Scott Ellenbecker is editor-in-chief of multiple in-house publications for Atlas Copco, and the president of Ellenbecker Communications, an international communications firm specializing in the drilling, mining and construction industries. 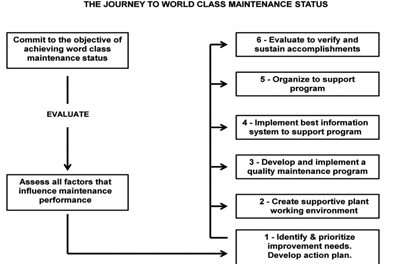 Logistical Solutions for Remote Sites: Meeting the Need for Access, Comfort and Convenience