Endeavour Mining and Avion Gold announced an agreement in early August 2012 whereby Endeavour will acquire Avion in an all-share transaction that values Avion at about C$389 million. Both companies’ operations are focused on West Africa.

Endeavour owns the Nzema open-pit gold mine in southwest Ghana and the Youga open-pit gold mine in south-central Burkina Faso, with combined production of about 200,000 oz/y. The company is developing its Agbaou gold project in Côte d’Ivoire, where production is scheduled to begin during the first quarter of 2014 at an average annual rate of about 100,000 oz/y. The company also has exploration projects in Burkina Faso, Liberia, Ghana, Côte d’Ivoire and Mali.

Avion operates its Tabakoto and Segala open-pit and underground mines in western Mali, which currently produce about 100,000 oz/y. A project to double mill throughput from 2,000 to 4,000 mt/d was put on hold in early May 2 due to disruptions associated with the military coup in the country. Under the terms of the acquisition agreement, Endeavour is providing Avion with a $20-million short-term exchangeable loan to restart the mill expansion. Avion also has its Kofi exploration project located near Tabakoto in western Mali and its Houndé exploration concession in Burkina Faso, which includes the highly prospective Vindaloo deposit.

Endeavour Mining’s CEO Neil Woodyer said, “The acquisition of Avion complements our strategy of becoming a leading and diversified West African gold producer. Avion’s Tabakoto mine and Kofi property in western Mali and the advanced Houndé property in Burkina Faso fit very well into Endeavour’s production and development portfolios. At closing, Endeavour’s gold production immediately rises to approximately 300,000 oz/y and including the Tabakoto mill expansion and completion of Agbaou construction, our gold production is forecast to reach approximately 450,000 oz/y.” 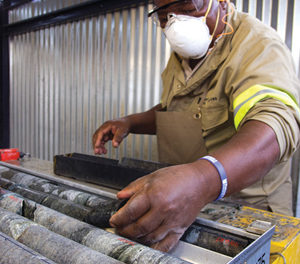