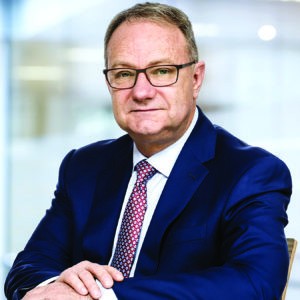 The South African mining industry is returning to form as COVID-19 retreats and policy changes open the sector up again.

The annual Jo’burg Indaba symposium, held in Johannesburg, revealed a steadily growing optimism that the long-neglected sector was in recovery.

The Jo’burg Indaba — not related to the rival Mining in Africa Indaba held in Cape Town — brought together industry leaders for two days of video discussion in October. The overall theme was an increasing optimism that government and miners were bringing the local industry back to form.

“One of the unique features of this event is that it is focused and intimate,” convener Bernard Swanepoel said. A former miner himself — he once held the CEO position at Harmony Gold — Swanepoel promised an event full of “blunt talk” from industry leaders, with no side events or “PR spin.”

Anglo American CEO Mark Cutifani kicked off the event by laying out the urgent need for policy change, a theme he acknowledged has existed for the past decade at least. The industry had been calling for a reset for some time without effect, but “this time, it feels different.”

“We spent much of the past 10 years trying desperately to navigate ourselves out of an uncertain and unworkable policy environment,” he said. As a result, production remained at the same levels as the early 2000s, investment stagnated, and South Africa consistently ranked in the lower half for attractiveness to mining companies.

However, the government had begun to talk to the miners and was winding back on policy obstacles, such as its previous insistence that black shareholders had to be a permanent feature of mining companies. The state had also begun to reverse the catastrophic decline in crucial sectors, such as national rail operator Transnet, and electricity supplier Eskom.

“I think we have more reason to believe in the success of the mining industry, than not,” Cutifani said.

Thabo Mokoena, director general of the Department of Mineral Resources and Energy, built on this theme, noting that electricity outages had been a severe hindrance to the industry. “When the supply of electricity is unreliable, investment in extraction becomes a challenge,” Mokoena said.

The government recently deregulated self-generation of under 1 megawatt (MW), which meant private providers could now generate their own electricity to that level, without requiring any permits. Additionally, around 11,000 MW were being procured from a range of sources, including wind, gas and solar. Crucially, coal would remain part of South Africa’s energy mix for some time to come.

The government was especially eager to develop “clean coal” technology.

“It can’t be completely clean, but can be improved through technology,” Mokoena said. “We don’t want to neutralize our coal resource.”

His department was also working on the speeding up of issuing exploration and other permits. “We will prioritize shovel-ready investments with permitting issuing.”

Energy Issues
Energy remains a burning topic for the local mining industry. Local utilities are heavily reliant on coal that in turn underpins coal mining and mines themselves have struggled to overcome constant power outages, a result of the troubles besetting Eskom.

Eskom CEO André de Ruyter outlined a strategy he said will have blackouts largely eliminated by late next year. Eskom has begun the midlife refurbishment of its ageing fleet, most of which should have been done years ago.

He reiterated what Mokoena said earlier, that coal would remain part of South Africa’s energy mix for many years to come.

“The goal is for a just transition to low carbon future,” he said. “The emphasis is on ‘just,’ as we can’t simply transition away from coal and leave those communities dependent on it in the lurch.”

Tenders had already been issued for 250 million metric tons (mt) of coal over the next 20 years. Mining companies were also invited in new mines, with Eskom as their major client.

In the meantime, Eskom will also construct a series of conveyer belts to connect mines with the coal power plants. Most of the existing fleet have already exhausted their nearby resources, and now rely on mines up to 40 kilometers away.
Eskom has been relying on trucks, which clog up the roads. The trucking fleet has also been linked to shady contracts, and the utility has begun to undo years of corruption under previous managers.

Since de Ruyter’s appointment, criminal charges have been filed against a dozen former board members. “And fair warning, we will continue to take action against those who seek to take advantage of Eskom through corruption,” he added.

Go North
The Northern Cape province situated on the upper west of the country, enjoyed special attention during the Indaba. Historically, the region is known for diamonds, iron ore and more recently, zinc. Yet, recent exploration showed it had the potential for much more.

“The Northern Cape is a dripping roast for miners,” said Errol Smart, CEO of Orion Minerals, a junior explorer operating in the area. So far, 23 minerals of interest had been identified, including iron ore, platinum and nickel.  The area hasn’t been explored since the 1980s. “It’s an extremely promising environment, which hasn’t been touched by modern exploration technology,” Smart said.

So promising is the Northern Cape that the state body Council for Geoscience has made the region its priority, said CEO Mosa Mabuza.

‘We’ve dedicated the lion’s share of our resources to the Northern Cape,” he said. “We’re finding interesting anomalies of nickel, chrome and cobalt. And huge traces of lithium.”

A final word came from the doyen of South African mining, Sir Mick Davis. He was central to the creation of titans of global mining such as BHP Billiton (now just BHP), Xstrata and a former executive at Eskom.

Davis noted that mining companies learned from their mistake of over-investing during the previous commodities supercycle. Many companies over capitalized and when the boom ended, found themselves with projects that had no customers.
Now, companies prioritized returning capital to shareholders and were skittish about investing in exploration and new projects. This, he said, would eventually come back to bite them.

“Every single day that they take something out of the ground, that value disappears forever, and unless you do something to replace that value, you are going to end up withering and dying,” Davis said.
He pointed to Rand Mines, once one of the largest gold producers in South Africa, as an example. The company withered and died because of the absence of investment in rebuilding and recreating value. Executives were always under pressure to pay dividends.  “But the bigger challenge is that mining companies have always been accused of excessive investment and destroying capital, and it is true that that is what has happened, over many years,” he said.