Six years ago, an advance team preparing for then-Chinese President Hu Jintao’s state visit to Zambia, Africa’s leading copper producer, made an unpleasant discovery: Mass protests awaited his groundbreaking event at the Cambeshi copper mine where Hu would announce the commissioning of a $200-million smelter.

Despite China Non-Ferrous Metals Corp.’s (CNMC) $130 million contribution to its rehabilitation, one of Zambia’s largest mines was also among its most controversial: Six workers, officials learned, were gunned down by Chinese managers there the year before and 50 workers died in a plant explosion in 2005; it had since ballooned into a nationwide political scandal. Pledges of $800 million in new investment aside, the damage was done: Hu’s movements were restricted to the capital, Lusaka.

When it comes to Chinese outward mining investment, such scenarios are emblematic of a worldwide trend. Chinese miners have been scouring the planet for decades. But with ramped-up industrialization beginning in 2000, unbridled access to state capital, few shareholder pressures and little CSR to speak of, moreover, they often leave many more responsible, transparent Western companies behind in the global commodities race.

Chinese miners do have their work cut out for them: with 10 cities with populations topping 10 million, the Chinese mainland is facing shortfalls in nearly all essential mineral commodities needed to fuel its spastic economic growth rate—especially copper, iron ore, bauxite, aluminum, uranium and magnesium. Nationally, China’s 10 largest companies, except banks, were in the extractive sector, based on foreign direct investment or foreign assets.

GovernmentMetrics International, a corporate governance research firm, meanwhile, noted that only one-third of directors at Chinese-listed companies are independent compared with 75% in the U.S.; only one-fifth of independent directors seem to have relevant experience in their sector, reflective of a patronage system that has long pervaded the Chinese Politburo and the country’s ruling elite.

China’s State Owned Enterprises (SOEs) themselves date back to the 1949 foundation of the People’s Republic and ascent of its Communist Party, followed by a nationalization drive that lasted more than five years. First announced in 1998 and launched in 2000, mining sector SOEs seeking overseas expansion got a push from Beijing’s so-called “Going Out” policy, to accommodate industrial growth. In 2004, the government granted further foreign exchange and financial help.

Initially, a majority of Chinese companies stayed grounded in early development and exploration projects amid increased asset costs, while China Minmetals Corp.’s Noranda takeover bid in Canada faltered. But after China weathered the 2008-2009 global recession—as its economy exceeded Japan’s as the world’s second-largest—China’s miners were able to disperse their interests and operations more widely. Since 2009, meanwhile, Beijing has prioritized its SOEs overseas as levers for domestic growth.

In the first six months of 2011, Chinese entities announced 75 acquisitions in the global mining sector worth $4.7 billion, according to PricewaterhouseCoopers (PwC), a U.K.-based professional services firm. Citibank has reported 217 mergers and acquisitions involving Chinese companies since 2003, with a market value of $50 billion.

By last year, as China’s slice of the world economy increased—now more than 10%—so, too, has its piece of the planet’s minerals reserves. As the world’s No. 1 energy consumer, China uses more coal than the rest of the world combined, buys more gold than any other nation and sources 40% of its copper. But while China has its own vast mineral reserves—including prolific coal and ore deposits—many have been shuttered in wake of industrial accidents, environmental disasters and other concerns; much of these go unreported.

China’s National Bureau of Statistics has recorded outflows of $100 billion in foreign direct investment between 2004 and 2010. The Chinese Ministry of Commerce has also reported that, as Chinese overseas investments exist in 180 countries, one out of every $7 in outbound foreign direct investment stock flows into the mining sector. Last year, Chinese SOEs in the Fortune 500 also soared by half—to 66—over 2008. Through these, China has invested billions in everything from cultural projects—or “stadium diplomacy”—to free-trade zones to massive infrastructure projects; visits by top national leaders are routine.

For Western miners, it’s hardly a level playing field. “Many countries hosting Chinese investment have said that, as an emerging market itself, and as a country without a colonial legacy, China understands their development needs better than companies coming from the developed world,” said a 2012 report by the Transatlantic Academy, a Washington think tank. “They appreciate the fact that China operates a policy of non-interference in local issues and does not lecture them on work practices, human rights and the environment.”

China and Beijing-backed SOEs have also launched multibillion dollar loan, grant, and construction and mining projects across Latin America in Bolivia, Ecuador, Peru, Venezuela and Colombia. As the world’s No. 1 copper buyer, China has also forged close ties to Chile, the ore’s top producer and as a lead trade partner of Brazil with its vast copious iron ore.

Chinese SOEs are increasing their presence in countries like Canada and Australia in the face of suspicion and hostility. But it is in Latin America and Africa where China’s SOEs thrive most: often beyond scrutiny they would face in developed nations; they frequently bring entire Chinese communities with them, including housing units, restaurants—sometimes even newspapers, printed exclusively in Mandarin.

But inexperience comes with the magnitude of the aid and projects, according to many analysts. Since founding the Institute of Contemporary Observation (ICO), a Shenzhen-based civil society organization dedicated to labor development and CSR in 2001, Liu Kaiming has seen inexperience trump cultural values. “The leaders of companies lack the knowledge of communication with stakeholders,” he said, “and don’t have awareness of international human rights or environmental standards.”

Practices by Chinese mining companies overseas, he added, often mirror their activities on the mainland, where transparency and government oversight are even less stringent than in developing nations. “In terms of CSR, Chinese companies do a worse job domestically than they do overseas, because overseas they have to face the critics—from nongovernmental organization (NGOs) or trade unions and independent media,” said Kaiming.

“The governmental officials and companies have stated every year they would improve their record on environment and safety,” he said, “especially after a big accident, but the situation has not changed yet in China, nobody can monitor them.”

Internal Chinese statistics bear this out. In 2011, The China WTO Tribune issued a survey of CSR reports released across sectors on the mainland between Q1 and Q4 of that year. Mining companies, according to the study, came in last at 4.9%, behind utilities at 5.9%, and well behind supply chain indicators at 37.7%.

Elsewhere, less formal parts of the Chinese mining sector have had an impact as well—such as illegal miners in Africa, including more than 11,000 who migrated from Shanglin in Guagnxi province to Ghana, Africa’s No. 2 gold producer in 2006. These wildcat miners, many of whom spoke only Mandarin, arrived via local and Ghanaian connections from a region where gold reserves eroded after mining there first began in the 1980s.

But in June, the situation soured following recent violence, threats, arrests and government condemnation, Chinese officials from Shanglin flew in to represent miners. It was no good. Foreign Minister Alhaji Mohammed Mumuni told Bloomberg News of an “unholy alliance” between the miners and local businessmen “affecting our environment in a very deleterious way and we need to stamp it out.” By month’s end, 169 of them were deported as their equipment was trashed and looted while some of the mines themselves were set ablaze.

Nationalist voices also resonated in the media. “Ghanaians freely welcome all visitors without exception,” read an article in The Chronicle, a local newspaper. “But we do not suffer gladly those who abuse our hospitality.” On arrival at Guangzhou’s Baiyun International Airport in June, Meng Tianming, a 40-year-old miner, put it differently. “I barely escaped death,” he told News China.

Company mine manager Wu Jian attributed the incident to sabotage by “political and economic” interests. “This is evidently an act of terror, of violence,” he told Canal N to “scare investment away, to create an image of instability.” President Alan Garcia ordered a full investigation and “of agitators, looking to sow violence and slow investment projects.” Since its 2007 acquisition by Zinjin, Monterrico agreed to an out-of-court settlement with 33 Peruvians after they were tortured by security forces for protesting the mine’s opening in 2005; Peru is one of the world’s top copper and silver producers.

They have a lot of catching up to do, though. “Right now, Chinese firms are on a steep learning curve—but then 10 years ago overseas investment by China was close to zero,” said Paul French, a partner in the research company Access Asia-Mintel in a publication by Ethical Corp. “The curve was never going to be anything but steep.”

Since Hu Jintao’s visit to Zambia, where copper represents 60% of exports, trouble has continued to flare, punctuated by an extensive Human Rights Watch report documenting ongoing violence, environmental degradation and worker exploitation at Chineses-owned mines. Nonetheless, Zambia remains one of China’s biggest destinations for foreign investment—including CNMC, to the tune of $2 billion.

A New Paradigm in Sulphide Processing 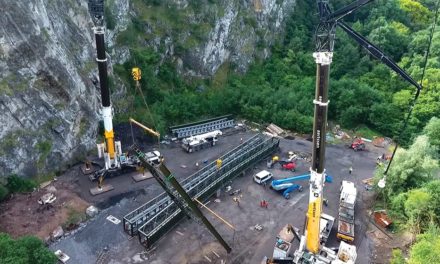