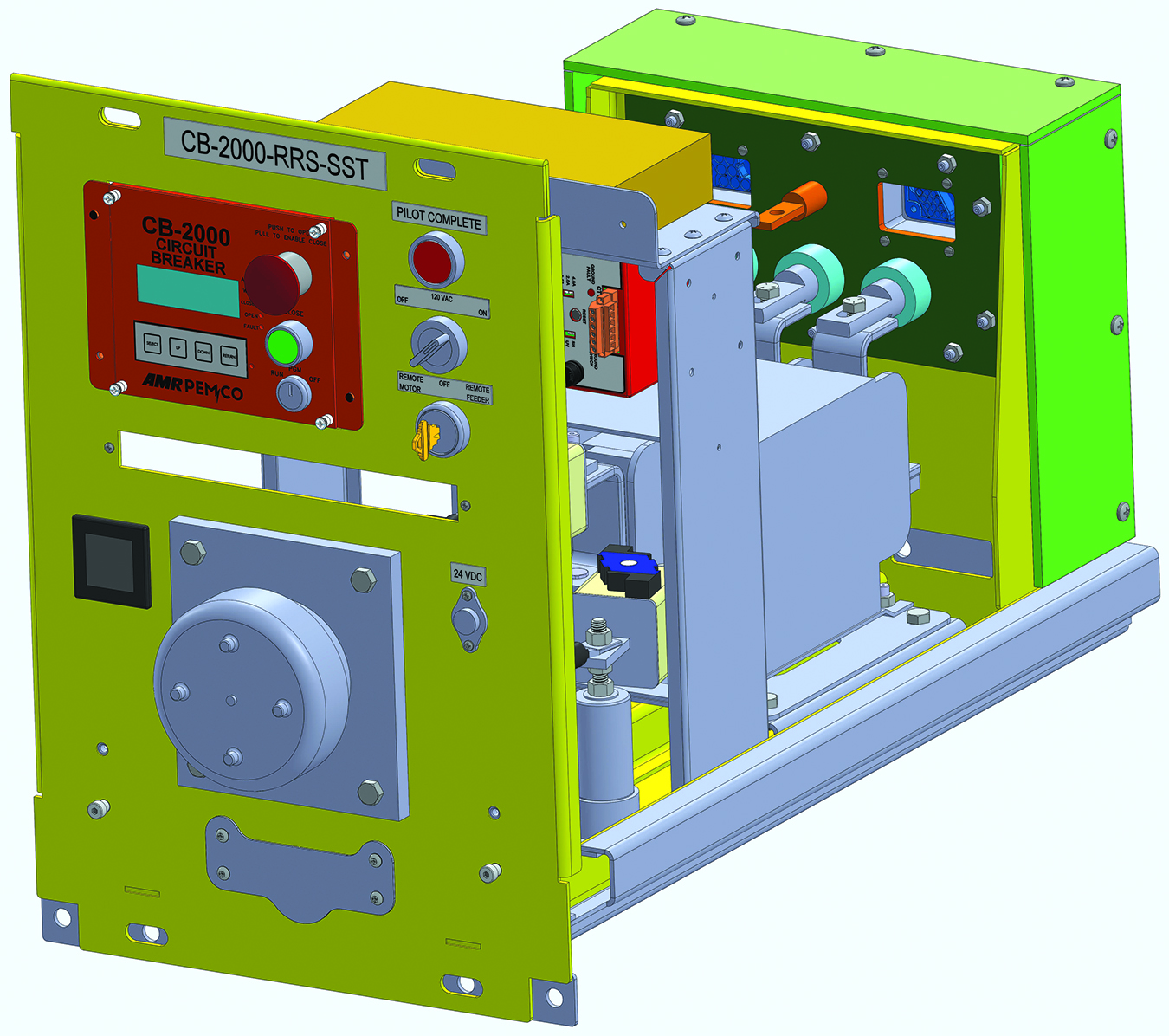 This visual shows the draw-out MCC bucket with the new contacts (turquoise) engaged in the back.

Today’s mines constantly track availability, and no practical downtime discussion can take place unless the operation is continuously delivering electric power to the heading. As development advances, the miners expect those power centers to work properly when they reconnect them to the high-voltage line. While that might not seem like too much to ask for from a production foreman’s point of view, the people who build power centers know that mining is the most rugged industrial application for power distribution systems, disconnects and power centers (or mobile load centers).

Most of the time, power centers work like a charm when they are reconnected to the main power line. Then there’s that one that has a secondary circuit that needs to be repaired. The development section can get by, but maybe they can’t run the pump at the same time as the auxiliary fan. It’s a hassle, but to fix one circuit, they have to take the whole section down and that’s a bigger hassle.

Cutting corners is never a wise decision and doing so with electrical systems is an unjustifiable risk. The regulations protecting miners from arc flash complicate these repairs underground as does the extensive protective gear (or moon suits). The companies that build power centers are well aware of the challenges the modern miners face with safety as a prime directive and thin profit margins.

AMR PEMCO received Patent No. US10,950,966B2 on March 16 for its Safety Stab Technology (SST) System. Originally based on an idea from AMR PEMCO’s Doug Baker, executive vice president of operations, the company developed this system a couple years ago. It allows mine electricians to work on secondary circuits while the power center remains energized. A gold mine in Nevada has been testing the units, and the company is ready to showcase this technology, which improves safety and reduces downtime. 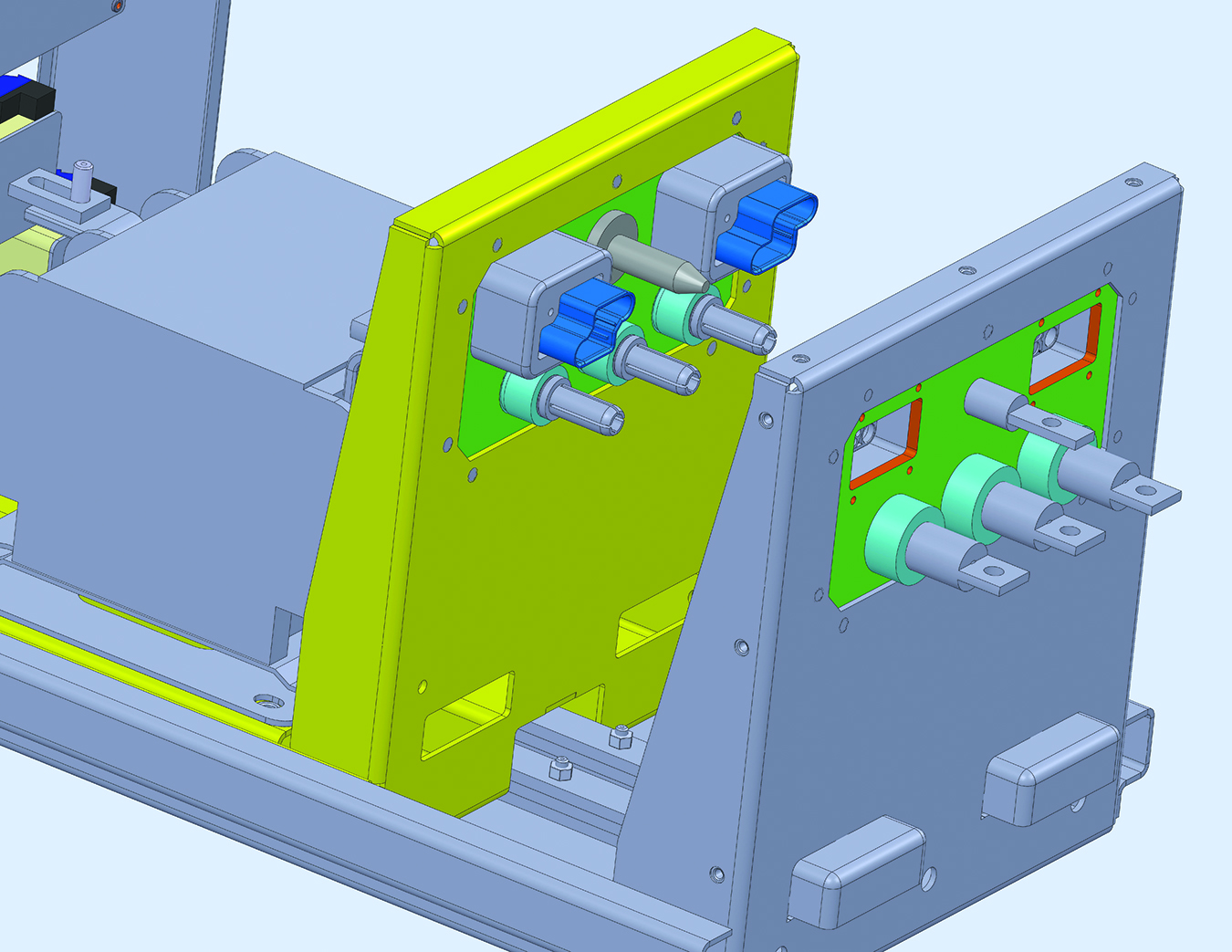 AMR PEMCO has been building these SST units since 2017-2018, and now the patent affords them the opportunity to discuss the technology publicly and describe it in more detail.

“We are always trying to innovate and a lot of times our customers are pressing us to do so,” said Jay Johnson, executive vice president of sales and marketing, AMR PEMCO. “This SST idea surfaced in early 2017 when a gold operation that buys rather sophisticated, underground mobile load centers wanted to upgrade their equipment. The electrical systems they buy/specify are often technically complex, and they asked if we could improve our secondary sections.”

Each power center is basically the same. They have an incoming high-voltage switch, a voltage transformer and secondary voltage outputs for the electrically powered-equipment operating underground. These are typically 995 volts, 600 volts or 480 volts. “For its secondary circuits, this mining company wanted a racking drawer or a motor control center (MCC) bucket as opposed to the modularized panels that many mining operations use,” Johnson said. “The twist was that they wanted the ability to remove the secondary circuits while keeping the power center energized to minimize downtime.” AMR PEMCO had draw-out solutions, but they still had live electrical parts in the MCC bucket when the electricians pulled the drawer.

AMR PEMCO began to design and develop this Remote Racking System (RRS) with an SST for its CB-2000 Circuit Breaker. In most cases in the industrial world, the methods used to isolate the live parts in a power center are shutters. “We worried about the use of shutters in the underground mining environment due to alignment issues and other problems,” Baker said. “Power centers endure quite a bit underground as they are transported to and within the sections. There is nothing delicate about that process. Dust build-up was also a concern as it presented problems for components with sliding mechanisms.”

Ultimately, AMR PEMCO developed its own proprietary method to protect electricians from live parts. The secondary unit uses a sliding vacuum contactor with a male-female arrangement. “Inside the female contactors, there is a spring and tab that allow the male contactors to make the electric contact,” Baker said. “When the male contactor is removed, the spring pushes out the tab making it a touch-safe surface. It sounds simple, but it was difficult to develop, especially finding the materials that would be suitable for enduring the rugged mining environment.” 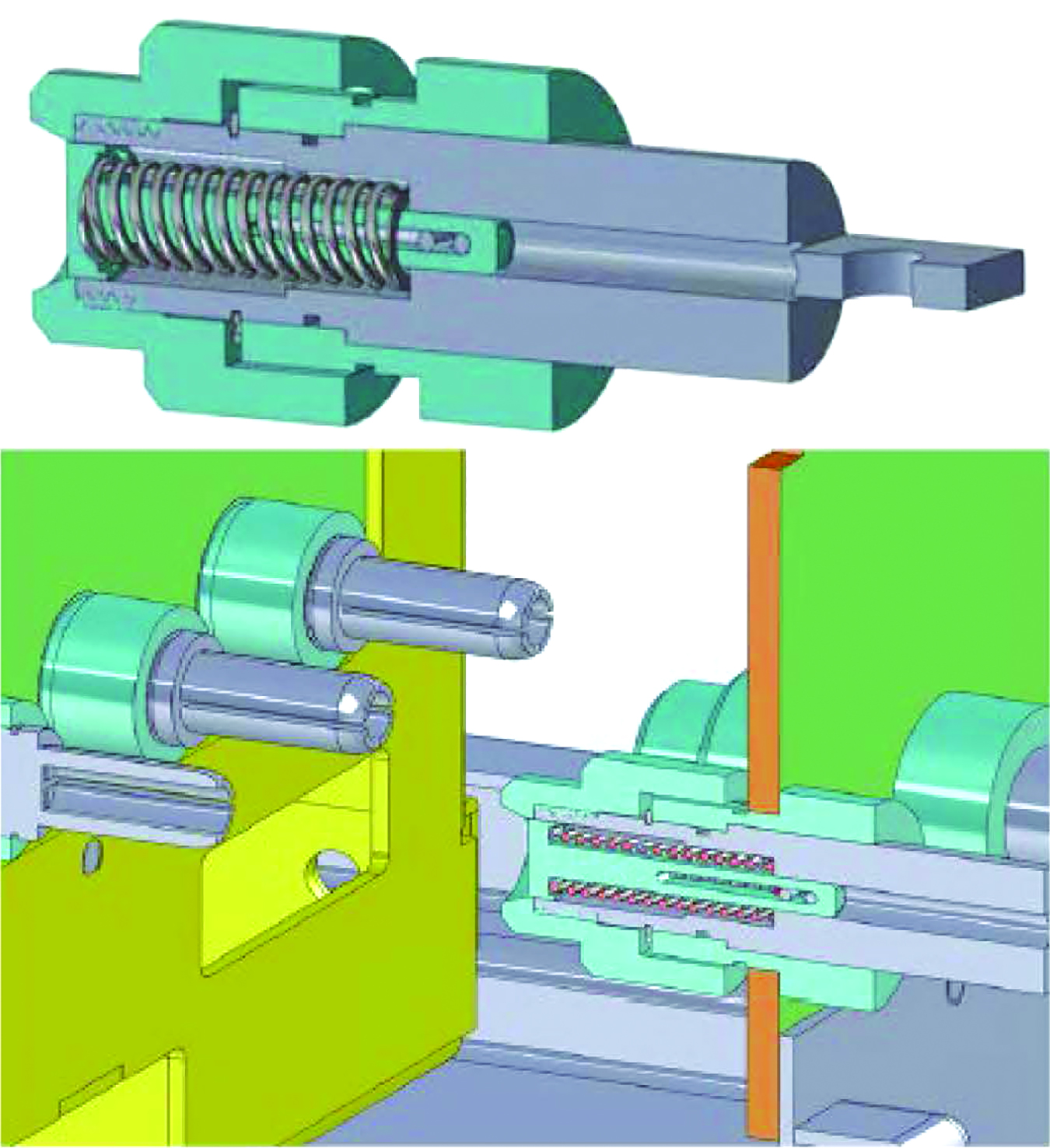 The contacts are disengaged (drawn-out) and the inset cut-away shows the spring mechanism in the female contact.

Power centers typically have a dozen secondary circuits. The idea was to keep power on the 11 other outputs while the electricians were accessing one of the secondary circuits. This allows the mines to de-energize one circuit, attach a motor operator to the drawer, retreat to a safe distance, and safely remove the drawer as there are no live parts.

The arrangement of the secondary circuits varies. They can be stacked or placed in a row. The main bus runs through the middle of the power center, and the secondary circuits sit perpendicular to it. A cable from the bus would attach to the drawer’s back stabs. The SST would be out front protecting miners from live power.

The SST technology is included in the CB-2000 RRS-SST Circuit Breaker. “The whole purpose of the drawer is to promote vacuum breaker technology,” Baker said. “It is safer and less troublesome. Miners should never be allowed to place their hands on high-voltage devices. The miner interfaces with a 5-volt DC close button. The low-voltage CB-2000 opens and closes a vacuum contactor rather than a molded-case breaker.” 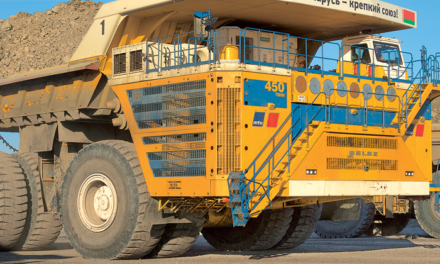 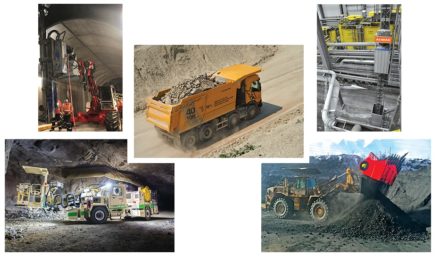 The Perfect Partners for Sustainable Mining