Industry observers have been pleasantly surprised by the metal’s prospects, and presenters at the recent event see only a few threatening clouds on the horizon

When London-based business-analysis and consultancy group CRU originally decided to launch its World Copper Conference, it did so with the intention of providing information on global copper market trends through the collective insight of leading miners, processors, financiers and research organizations. The 2011 event—tenth in the series—continued that tradition, as industry leaders gathered in Santiago, Chile, to analyze and discuss all aspects of the copper sector.

Chilean Minister of Mining and Energy Laurence Golborne began the opening session by stating “the future of copper looks promising.” He also noted copper is a leading contributor to Chilean export revenues as well as a major source of tax revenues for the country.

Diego Hernandez, president and CEO of Chilean state-owned copper miner Codelco, said world demand has expanded rapidly, largely based on economic growth in China, and to a lesser extent, other emerging countries.

“This, plus consensus about solid market fundamentals in the short and medium term, explains why copper prices have risen to levels that we could hardly have foreseen not long ago,” Hernandez said.

“Thinking in the long term, we will focus on maintaining or increasing our mining portfolio, which is one of our essential strengths. We own, in effect, around 10% of world copper reserves. The mining reserves, both proven and probable, considered in our Business and Development Plan 2011, measured in fine copper content, have increased 8.4% with respect to those from the 2010 plan,” he said.

John MacKenzie, AngloAmerican’s chief executive for copper, predicted strong emerging-market growth will continue. “The growing middle class in emerging economies will continue to drive demand. China and the United States will continue to drive infrastructure growth. Also to be expected is a high increase of demand for commodities from countries like China or India,” he said, noting investment for infrastructure in China alone is expected to rise sharply in the long term, reaching a forecasted peak of more than $900 billion by 2030.

MacKenzie expects a compound annual growth rate of approximately 4% between 2010 and 2015 in the copper market, while others are forecasting as much as 6%. “In the meantime, supply side issues relating to bottlenecks, disruptions and falling ore grades continue to impact production at existing operations,” he said.

MacKenzie said AngloAmerican is delivering substantial near-term growth thanks to its flagship operation Los Bronces, located 65 km from Santiago at an elevation of 3,500 m above sea level. At Los Bronces, expansion plans are on schedule to contribute new production by late 2011. Future production at Los Bronces is scheduled to increase to 490,000 mt/y over the first three years, averaging 400,000 mt/y over the first 10 years. At peak production the mine will be the world’s fifth largest copper mine in terms of production. Mine life is currently targeted for 34 years, with further expansion potential.

Dr. Bernd Drouven, CEO of Aurubis—Europe’s largest copper producer and recycler—pointed out high volatile copper prices lead to new challenges for the copper industry; financing of inventories has become a crucial issue and smelter projects become more difficult as margins do not correlate to copper price volatility. Drouven, who noted that smelters are attempting to accelerate their processes to stay profitable, said higher efficiency and speedier processes are required to treat more complex materials, to reduce inventories and improve profitability.

“We believe the availability of concentrate is going to increase over the next few years, and the growth rate in China will force [China] to increase smelting capacity,” Drouven said.

Accept No Substitutes?
Looking ahead, Michael Lion, chairman and director of Sims Metal Management Asia, predicted China will provide ongoing high demand for all commodities, with copper as a principal example, while India’s opportunity to expand depends on greater regulatory flexibility.

Paul Robinson, group manager–non-ferrous metals at CRU Group, said copper is “returning to normal today, and will be probably for the next decade.

“Copper is going to remain attractive in absolute terms and relative terms. China is on a global copper shopping spree despite substitution driven by the relative prices of copper,” Robinson said. He predicted more mines will be necessary to meet consumption growth.

A ‘substitution trend’ in the copper market is a growing concern for copper producers, according to Li Lan, head of marketing research at Beijing General Research Institute of Mining and Metallurgy. The drivers of this trend are the price ratio of copper to other materials and growing attention to copper competitors such as aluminum, plastics, stainless steel and zinc.

Lan said the main reason for substitution is price. At $5,000 per metric ton of copper, ‘a little substitution’ takes place, mainly from technological and performance improvements. Between $5,000 and $8,000/mt, interest grows for R&D initiatives, but end users and manufacturers hesitate to put the results into commercial production. Between $8,000 and $10,000/mt, additional substitution starts to occur, and advanced companies consider undertaking fundamental research to develop new materials. Above $10,000/mt, fabricators and users begin to cooperate on R&D to find new materials.

“Substitution can easily occur in China,” Lan said, because a large part of China’s consumption is made up of low-end products and consumer goods for which substitution can be made without difficulty.

CRU’s Jon Barnes, principal consultant on copper demand, predicted that in the medium term, electrical applications will be a main driver for copper consumption. During 2010 substitution was an issue, but did not constitute a major problem. “Consumers will decide…but aluminum is taking aim,” Barnes said.

Survey Shows Demand/Supply Imbalance
During the CRU conference, metals economics research firm GFMS released its Copper Survey 2011 at an adjunct event, during which Nikos Kavalis, senior analyst for copper, outlined the main findings of the yearly report. According to GMFS, the copper market went into deficit in the second half of last year, more than offsetting the surplus noted in the first six months of the year driven by accelerated growth in mine production. Despite a significant increase in secondary production boosting total refined output, the consultancy estimates that global refined consumption exceeded supply by 286,000 mt.

“The sharp improvement in copper fundamentals, rekindled investor interest in copper, after a period of relative weakness, in the aftermath of the European sovereign debt crisis,” Kavalis said. The combination of a tight physical market and strong investment demand saw prices rise to a series of all-time highs late in 2010 and in the first few weeks of 2011, peaking at $10,148/mt in mid-February.

GFMS said global mine production slowed in 2010, hampered by falling grades and labor actions. Total output for the year reached 15.9 million mt. China posted the largest year-on-year increase in tonnage terms, amounting to 114,000 mt; other contributions to the global total were noted in Zambia, Democratic Republic of Congo and Spain. Lower output in the United States and Peru more than offset small increases from Chile and Canada.

A New Kind of Globalization: 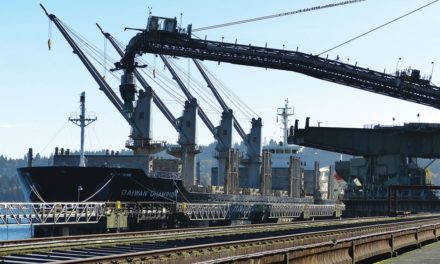 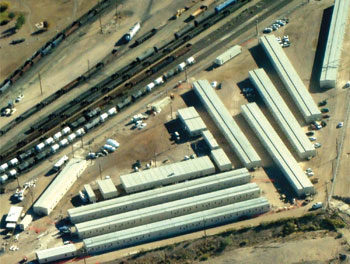 Return on Sustainability: Workforce Housing for People, Planet and Profit