Tsurumi has installed a large fleet of drainage pumps at one of the deepest copper ore mines in Asia, with most of the pumps coming from the company’s KTZ series—one of the most widely used range of pumps offered by the Japanese manufacturer.

At the Küre underground mine located in northwestern Turkey, mine owner/operator Eti Bakir uses almost 200 Tsurumi pumps of various types for dewatering. At right, two LH series Tsurumi pumps are on display at the local dealer’s showroom.

At the 980-m-deep underground mine located in Küre in the Turkish province of Kastamonu in northern Anatolia, 182 electrical submersible pumps of Tsurumi’s KTZ series form the backbone of the dewatering system. These pumps can move between 430 and 2,440 liters per minute (l/min) at a maximum pumping height of 48.5 m.

The most common pump used in the mine, with 47 installations, is the KTZ35.5, a medium-performance pump with a motor output of 5.5 kW, enabling it to pump up to 1,100 l/min. Its dry weight of 76 kg allows it to be moved by a small group of workers.

The dewatering process is also supported by 37 smaller KTZ32.2 pumps and 27 of the sister series KTZE, which are equipped with a level controller. These pumps self-control automatically. The controller, which has no moving parts, starts and stops the pump depending on the pre-selected water level. This discontinuous process saves electrical energy and prolongs its service life.

The mine also uses 26 of Tsurumi’s much more powerful LH series to pump water vertically up to 132 m.

Tsurumi’s dealer in Istanbul, Bilgi Mühendislik Ticaret A.S., supplies the pumps and trains the equipment maintenance crew at the mine. Bilgi reported that service life and simple maintenance were paramount concerns to the customer, and pointed out that Tsurumi pumps are built using a service-friendly modular system with many universal parts, which simplifies spare parts inventory and ties up less capital. Technical details such as the pump’s patented forced lubrication, separately cast electrical conductor to prevent water penetration, and the use of ultra-hard materials such as silicone carbide, are a few examples of the reliability of the design. Many of its Tsurumi customers carry out their own maintenance on the pumps, according to Bilgi.

Ritchie Bros., the world’s largest industrial auctioneer and a major equipment distributor, and Caterpillar announced in late August they have entered into a strategic alliance agreement.

At the same time, Ritchie Bros. announced it reached an agreement to acquire IronPlanet, a leading online marketplace for used heavy equipment and other durable asset sales, of which Caterpillar and its dealers own a minority position. The combined company, according to Ritchie Bros., will deliver a multichannel marketplace that will provide a full range of equipment asset management and disposition solutions. The new strategic alliance between Ritchie Bros. and Caterpillar replaces and expands on existing agreements in place between Caterpillar, its dealers and IronPlanet. The new strategic alliance will become effective when Ritchie Bros. completes its acquisition of IronPlanet.

The strategic alliance between Ritchie Bros. and Caterpillar will have an initial five-year term. After completing the acquisition of IronPlanet, Ritchie Bros. will operate live on-site auctions at participating Caterpillar dealers’ locations under the Cat Auction Services brand and also encompass Ritchie Bros.’ other on-site and online brands.

Bidders vie for deals on used equipment at a Ritchie Bros. auction held in February in Orlando, Florida.

Goldcorp Aims for All-electric Mine at Borden Project

Goldcorp said it is working with Sandvik Mining and Rock Technology to make its Borden gold project the world’s first all-electric mine.

The project, located near Chapleau in Ontario, Canada, is approximately 160 km west of Goldcorp’s Porcupine mine. According to Goldcorp, the property’s 860,000 oz of gold in proven reserves, along with 1.6 million oz contained in indicated resources, have the potential to further enhance the long-term economics of Porcupine, and a prefeasibility study currently under way to determine the optimization of a combined Borden-Porcupine operation is expected to be completed during the first quarter of 2017. An advance exploration permit is expected to be received by late 2016 or early 2017. The permit would allow for the construction of a ramp into the deposit and the extraction of a 30,000-metric-ton (mt) bulk sample and provide an underground platform for exploration drilling of a deposit that remains open at depth and laterally.

Goldcorp selected Sandvik Mining and Rock Technology to provide a complete electric solution for the mine’s equipment fleet, including development equipment. One of the items ordered for this project is Sandvik’s DD422iE drill rig. By using electric energy from an onboard battery during tramming, the DD422iE produces zero emissions as it maneuvers between headings. Sandvik pointed out that less diesel usage underground—thanks to diesel-free drilling—can ease ventilation requirements, while also reducing associated diesel logistics and maintenance expenses. Using the mine’s existing electric infrastructure, Sandvik’s driveline technology enables the battery to recharge during the drilling cycle. The battery will even recharge while Sandvik DD422iE is tramming downhill, using energy generated by the braking system.

To further advance Goldcorp’s vision to develop the Borden Lake mine to be one of the most environmentally friendly mines in the world, it selected Sandvik Mining and Rock Technology to help develop technologies and equipment to meet this goal. A collaborative effort between Sandvik and Goldcorp will occur in the first years of the mine’s development to help ensure optimal solutions for achieving a truly “green” mine, said the company.

Tenova Pyromet said it has completed more than 50% of Northam Platinum Ltd.’s new platinum group metals (PGM) furnace at its Zondereinde smelter operation in Thabazimbi, South Africa, having met all major project milestones to date. As a result, handover of a fully operational 20-MW furnace will be on track in August 2017.

Project milestones achieved include the first steel being raised on-site in mid-July. This is the first of more than 1,000 mt of structural steelwork that will be used on the project. More than 20% of the civil structures are also complete, while the placing of the 12-m-diameter furnace shell marks another significant milestone, with the site establishment of the mechanical installation contractor.

The contract, which was awarded to Tenova Pyromet by Northam Platinum in 2015, will support Northam Platinum’s planned growth in PGM production, which requires the flexibility to process high chromite, low base metal and high sulphur content concentrates. Northam will be able to operate the furnace either as a submerged arc operation or brush arc operation and will therefore have a sufficiently broad operating range to accommodate feedstock with a widely varying mineralogy.

Tenova Pyromet’s scope on the project covers the PGM smelting furnace, feed system and off-gas handling plant, as well as the furnace building and all associated civil works, infrastructure and services.

Developed and built by Lockheed Martin, the LMH-1 has the ability to land on virtually any surface including snow, ice, gravel and even water. These football field-sized airships are expected to provide low cost and environmentally friendly solutions for moving freight and personnel to the most isolated regions of Alaska and northern Canada.

Hybrid airships combine the technology of lighter-than-air aircraft with airplanes, helicopters and hovercraft. Helium provides 80% of the lift, and the remaining lift comes from the aerodynamic shape of the aircraft and its four thrust vectoring engines. The airship features a unique hovercraft-like Air Cushion Landing System that facilitates taxiing and holds the craft firmly on the ground.

PRL serves a broad range of projects and clients in the oil and gas, mining, defense, industrial, construction and environmental industries.

For Alaska, airship operations will be based at the PRL logistics operations center in Kenai, and supported by other PRL locations throughout the state. The Kenai Facility has overland, marine and aviation access and will also be the base operations center for the hybrid airship.

The first aircraft to be delivered in 2019 will carry up to 22 tons of freight, along with 18 passengers plus crew. 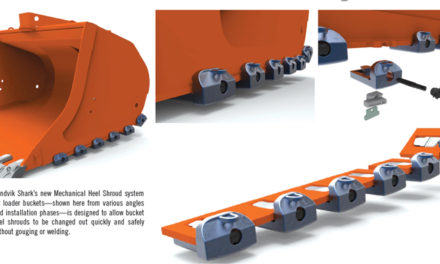 Suppliers Fight Abrasion and Corrosion with New Products and Designs 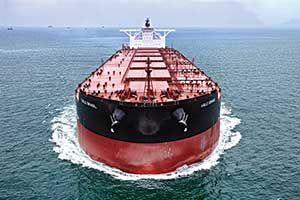