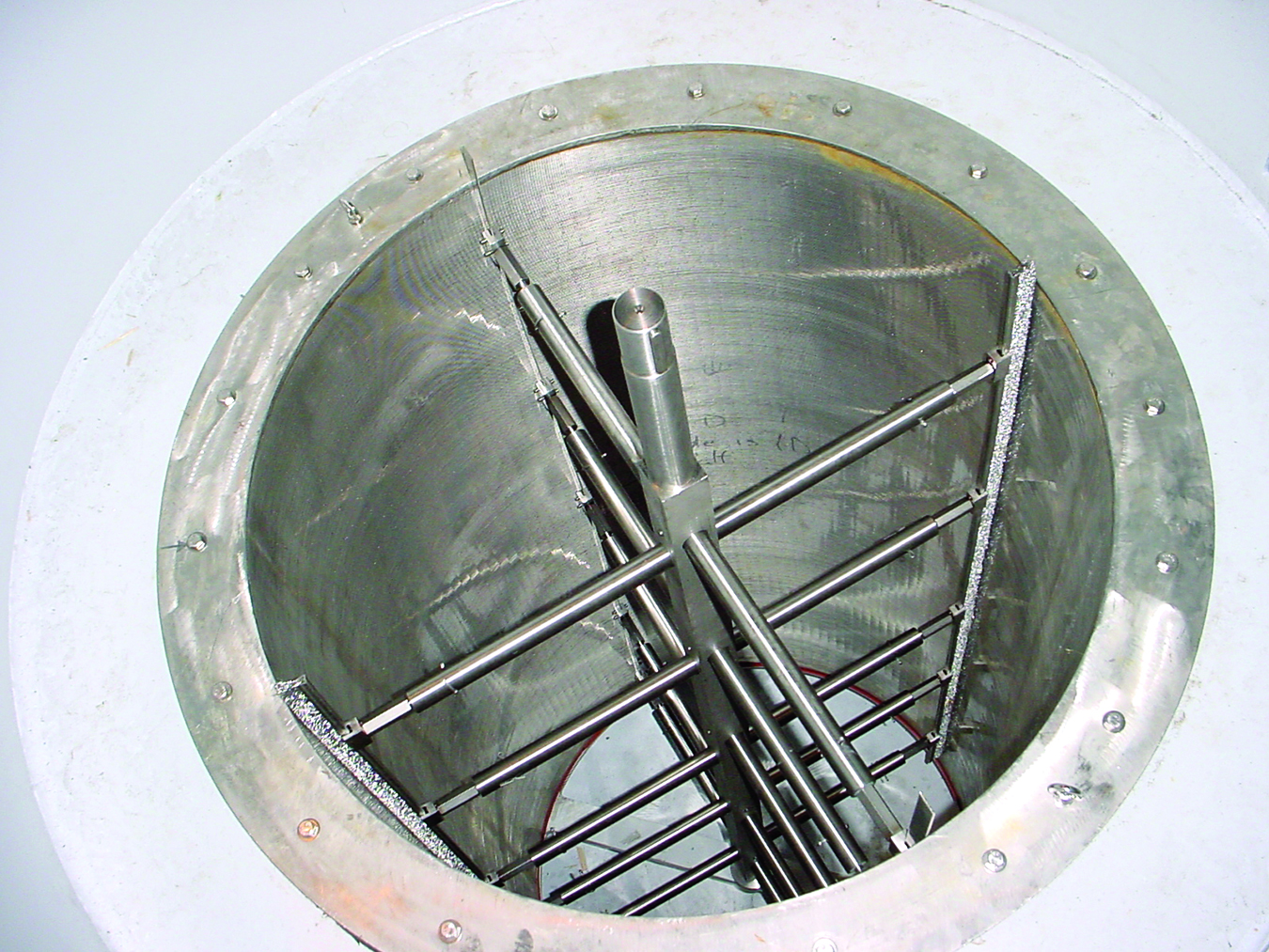 Self-cleaning scraper strainers can capture both small and large particles and debris. while resisting clogging and fouling from high levels of solids concentration.

Heavy equipment washdowns are a major source of water use in the mining industry. Wash processes are used to clean mud, clay and other corrosives off mining machinery, trucks and other heavy-duty equipment. The wastewater is typically collected in a service bay or sump and must be sufficiently strained and treated before reuse.

When rainwater washes over equipment and open-pit mine sites, it can also generate water mixed with dirt and sediment that is typically collected in a large sump or pit nearby. In underground mines, groundwater infiltration and condensation can cause a similar effect to that of rain.

No matter how the water is generated, any dirt and debris must be removed before it can be used, treated, recycled or discarded. Automated scraper strainers are a simple, cost-effective method to remove both micron-sized particles and oversized dirt and debris — streamlining water straining for immediate reuse and also providing a critical first step in multi-step water treatment systems that can reduce clogging, fouling and maintenance.

One example is the automatic scraper strainer from Acme Engineering, a North American manufacturer of industrial self-cleaning strainers. The motorized unit is designed to continually remove both very large and very small (100 micron) suspended solids from water that can accumulate in a mine, pit or sump. Cleaning is accomplished by a spring-loaded blade and brush system, managed by fully automatic controls. 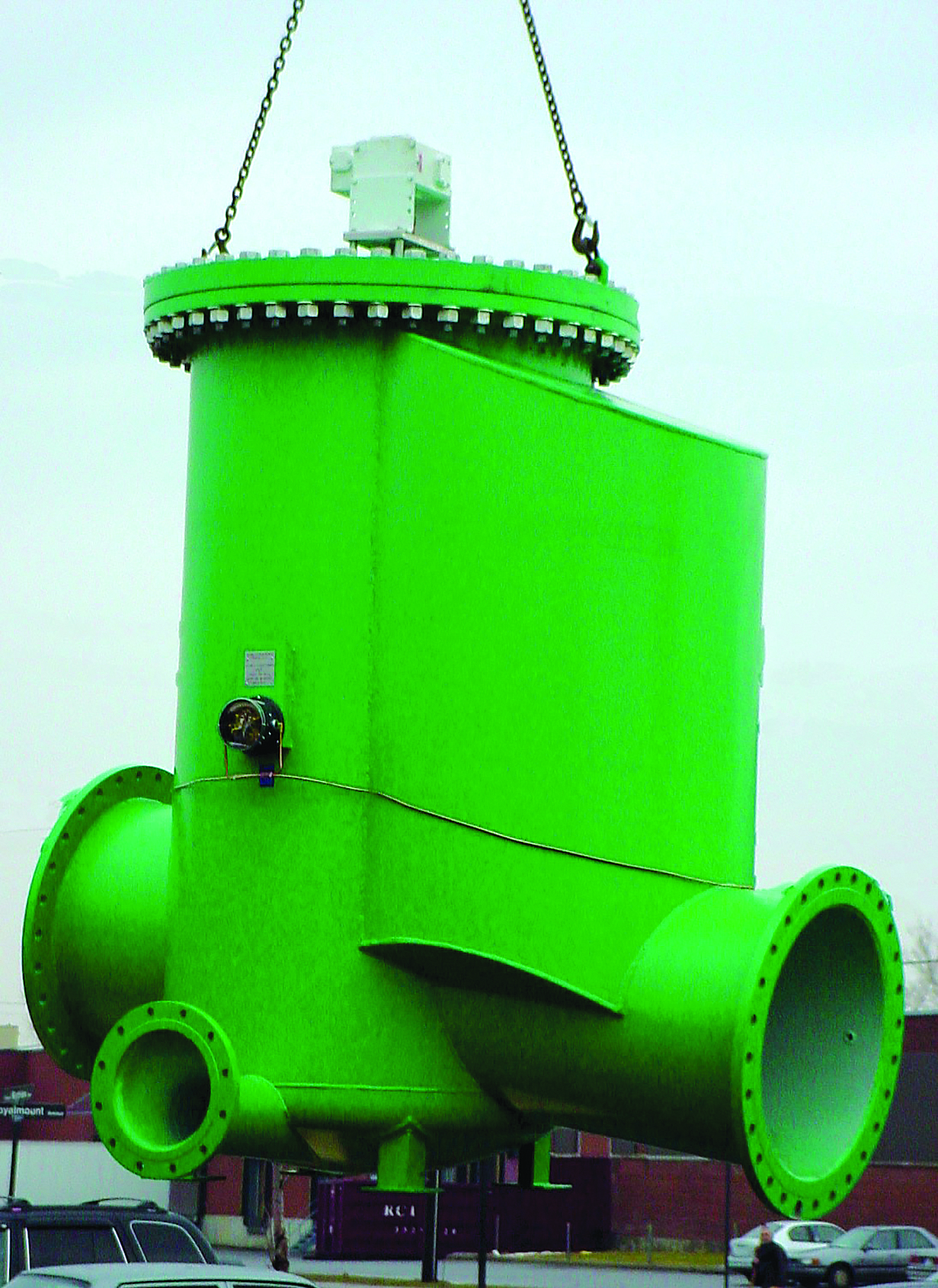 Dirty water enters through an upper inlet. The scraper strainer traps solids in wedgewire screens and allows clean water to flow out the bottom outlet. Custom connection arrangements can be designed to suit either inline or offset installations in existing piping systems.

Four scraper brushes rotate at 8 rpm, resulting in a cleaning rate of 32 strokes per minute. The scraper brushes get into wedge-wire slots and dislodge resistant particulates and solids. This approach enables the scraper strainers to resist clogging and fouling when dealing with large and high solids concentration.

Blowdown occurs only at the end of the intermittent scraping cycle when a valve is opened for a few seconds to remove solids from the collector area. Liquid loss is well below 1% of total flow, according to the company.

The technology is even being used to filter and reuse water from accumulated water at the bottom of mines, which until now has mostly been an impediment to efficient production.

“Automated scraper strainers are being used to remove rocks and suspended solids from the water that usually collects at the bottom of mines. The filtered water is then pumped back to the surface for continual reuse,” said Robert Presser, vice president of Acme Engineering.

Presser said that, to increase reliability in rugged mining conditions, the industry is using the automatic scraper strainer with an eductor, a pump that does not require any moving parts.

“Mine operators are using an eductor at the bottom of the strainer to pressurize the blowdown line to send the evacuated solids [from the strainer] relatively far away. Since the eductor has no moving parts, operators don’t have to worry about particles damaging an impeller like they would on a typical pump,” he explained, adding that operators must use a 3/4-in. low-flow water line at about 75 psi to inject motive water into the eductor to move the solids down the blowdown line.

﻿Uranium Mill Closure in the USA: A Historical Perspective