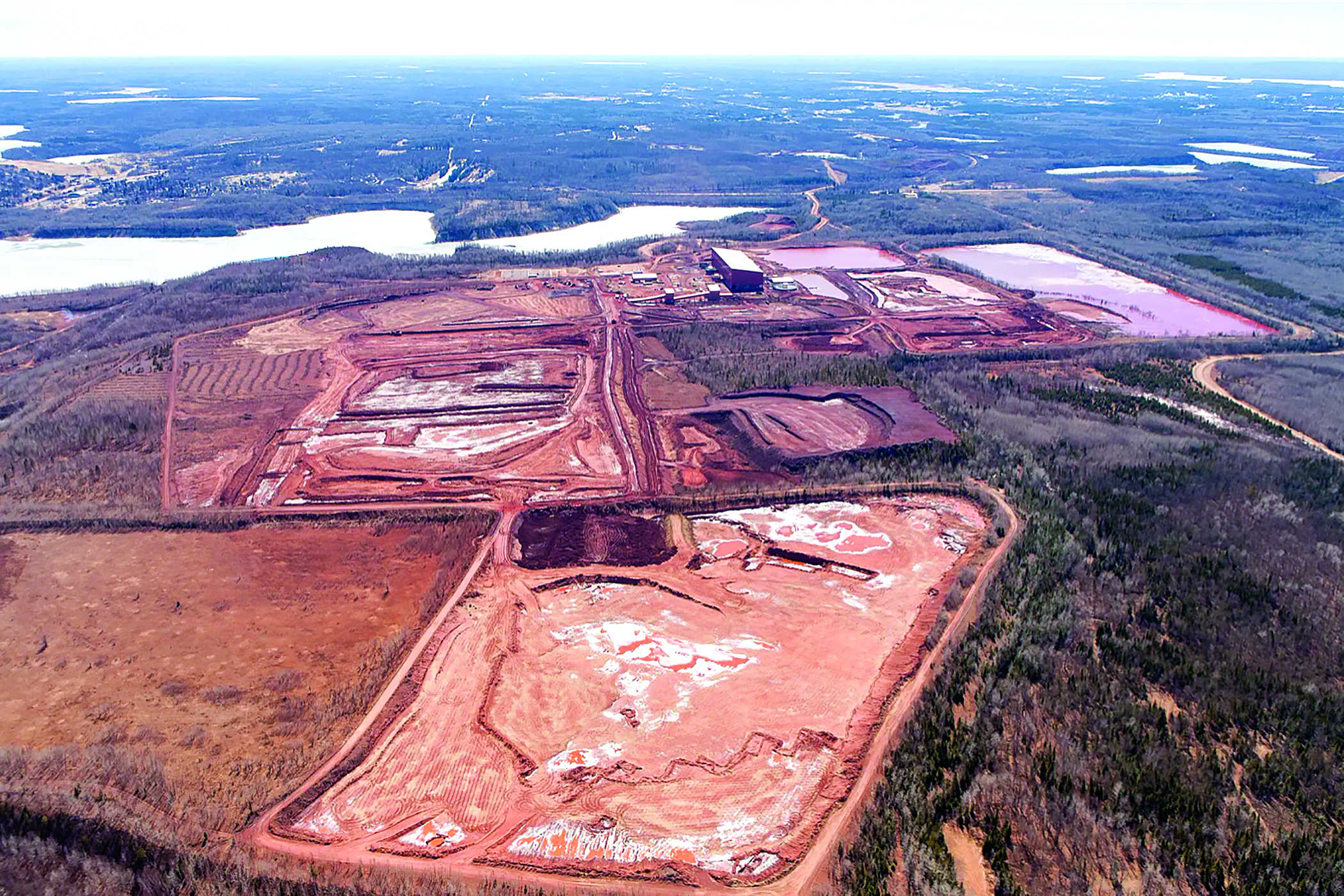 MagIron LLC, based in Gilbert, Minnesota, USA, has entered into an asset purchase agreement to acquire the Plant 4 iron ore concentrator facility located near Grand Rapids, Minnesota, from the bankruptcy estate of ERP Iron Ore LLC. This follows approval of the sale of Plant 4 to MagIron by a federal bankruptcy judge in December 2021.

ERP Iron bought the plant assets of Magnetation LLC at a 2016 bankruptcy auction. Magnetation LLC was founded in 2006 as a joint venture between Michigan-based Magnetation Inc. and an affiliate of steelmaker AK Steel. At the time of its bankruptcy filing, Magnetation LLC owned two other iron ore concentrators in Minnesota in addition to Plant 4, and an iron ore pellet plant in Reynolds, Indiana.

MagIron said acquisition of the plant provides it with a platform from which it plans to build an integrated operation as a supplier of feedstock material to support electric arc furnace (EAF) capacity in North America. A rapid and continuing buildout of U.S.-based EAF capacity, said MagIron, has created a shortage of high-quality material critical for optimized operation of EAFs, which has recently become even more acute due to several global shocks. According to the company, the planned restart of Plant 4 will not only help alleviate the ongoing supply squeeze but will on-shore a supply chain of high quality, lower carbon iron units, which will be critical for the future success and decarbonization of the U.S. steel industry.

MagIron said the asset has been maintained since its shutdown in late 2016, and the acquisition price includes an inventory of new spare parts and plant equipment. The plant also has benefitted from more than $170 million of prior investment, according to MagIron, which noted that it previously operated at an annualized run-rate of approximately 2 million metric tons per year (mt/y) and was designed to accommodate expansion to 3 million mt/y relatively quickly and at low capital intensity. It was designed to process waste materials from defunct mining operations and convert it into iron ore concentrate. With the significant historical mining operations across the Mesabi Iron Range in northern Minnesota, there are ample amounts of waste material within close proximity to Plant 4, said MagIron, that are suitable as feedstock to support a long-term business plan.

MagIron has also purchased intellectual property related to the iron ore concentrate process for a cash payment of $325,000 and a royalty of $2 per dry mt of concentrate produced by Plant 4, capped at $10 million. The intellectual property utilizes the patented Natural pH Flotation Process (Rev3 Separator) developed by Magnetation, patented magnetic separators and proprietary plant designs combined with common mineral processing techniques controlled with proprietary automation software to separate hematite, goethite and limonite from non-magnetic minerals (primarily silica) to yield ultra-high grade iron ore. The intellectual property, according to technology investment company CoTec Holdings — which recently paid $2 million for a 15.8% equity share in MagIron — allows for the efficient production of fine-grained iron ore concentrate with a silica content of approximately 2%. The Rev3 Separator, according to CoTec, also results in lower downtime due to its simple carousel design and discrete matrix media that allows for the free flow of material that prevents plugging and clogging, resulting in overall improved efficiency.

Following its restart, Plant 4 is expected to be able to produce DR-grade iron ore concentrate at a reduced carbon footprint compared to traditional steel production techniques as it will recycle existing tailings rather than require new mining. In addition, MagIron is testing technology developed by Binding Solutions Ltd., another CoTec portfolio investment, to see if it could be utilized at Plant 4. If successful, the BSL technology would allow for the use of cold agglomeration in the production of green iron ore pellets from Plant 4. These pellets could be used in direct reduced iron and electric arc furnace applications at a significantly reduced carbon footprint compared to existing alternatives, according to CoTec.

MagIron bought Plant 4 for $20 million, which includes an upfront cash consideration of $4.5 million and up to $15.5 million in production-based royalty payments to businesses holding mechanics liens in the ERP Iron Ore bankruptcy case. MagIron intends to restart the operations at Plant 4 following completion of a refurbishment program, which is currently anticipated to take approximately 24 months and cost approximately $80 million.