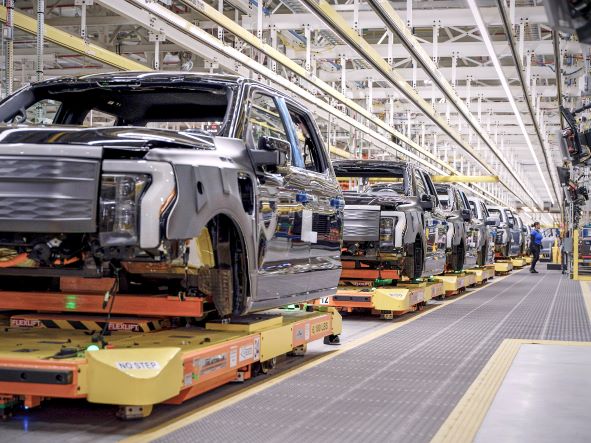 Rio Tinto said the multi-materials partnership with Ford will support its transition toward a net-zero future by supplying it with materials including lithium, low-carbon aluminum and copper. Under the agreement, Ford will explore becoming the foundation customer for Rio Tinto’s Rincon lithium project in Argentina. Rio Tinto is currently progressing detailed planning to bring Rincon into production and will work with Ford toward a significant lithium off-take agreement to support its production of electric vehicles.

The companies will also work together to strengthen the supply of low-carbon aluminum for use in Ford vehicles, including metals produced using the zero carbon ELYSIS smelting technology and from Rio Tinto’s hydro-powered operations in Canada. The MOU builds on Ford’s relationship with Rio Tinto as a primary aluminum source for its iconic F-150, the world’s first all-aluminum body pick-up truck.

Under the ioneer agreement, Rhyolite Ridge will deliver 7,000 metric tons per year (mt/y) of lithium carbonate to Ford over a 5-year term, starting in 2025. Ford intends to use lithium carbonate to produce batteries for use in Ford electric vehicles through BlueOval SK, the Ford-SK On battery manufacturing joint venture.

ioneer is expected to produce an average of approximately 20,600 mt/y of lithium carbonate/hydroxide along with approximately 174,400 mt/y of boric acid over the Rhyolite Ridge’s 26-year life. The dual production of lithium and boric acid allows ioneer to not only produce lithium in the U.S., but to do so at the bottom of the global cost curve.

The 5-year contract to supply lithium carbonate begins when ioneer notifies Ford that the project has been commissioned, which is expected to be during the second half of 2025. The price will be adjusted quarterly based on agreed market-based price formula. The agreement is conditional on ioneer’s final investment decision (anticipated by June 2023 and no later than by December 2024), and Ford’s approval of the final product specification on or before September 2022. Both conditions may be waived.

Compass Minerals and Ford will work together to create a two-phase arrangement that secures a significant quantity of its lithium carbonate production for Ford starting in 2025. Compass recently announced an expected commercial production capacity of 30,000 to 40,000 mt/y of lithium carbonate equivalent (LCE) for the project, with an initial phase-one capacity of approximately 10,000 mt/y LCE coming online by 2025.

Seabridge Gold Will Use Proceeds From Financing to Buy Snowfield Property