Tahoe Resources reported this week that an anti-mining organization, CALAS, has filed a claim against Guatemala’s Ministry of Energy and Mines (MEM) alleging it violated the Xinca indigenous people’s right of consultation in advance of granting the Escobal mining license to Tahoe’s Guatemalan subsidiary, Minera San Rafael.

The last official census, according to Tahoe Resources, shows the San Rafael community to be overwhelmingly non-indigenous. Based on the lack of indigenous communities in or around the mine, and the fact that both MEM and Minera San Rafael participated in and documented hundreds of public and private meetings and open consultations in and around the mine area dating back to 2010, the company believes the claim by CALAS is without merit. Minera San Rafael consulted with a number of indigenous people during its many meetings, it said.

“This is an attempt by an anti-mining NGO (nongovernmental organization) to oppose mining and other development in Guatemala despite the many benefits that these projects bring to local communities,” said Ron Clayton, president and CEO of Tahoe Resources. “Given the extensive consultation and socialization process followed by both MEM and Minera San Rafael leading to issuance of the Escobal license, we are confident that the current claim is without merit.”

“We responsibly conduct our business in alignment with international standards and consistently demonstrate an ongoing commitment to Guatemalans through employment, skills training, tax and royalty payments and sustainability programs,” Clayton said. “As a result, we continue to enjoy significant community and government support within the country. This is best demonstrated by the success of our Escobal operation since we reached commercial production in January 2014.”

Under Guatemalan law, MEM has 48 hours from the date of the notice (May 23) to issue a response to the Supreme Court, after which the Supreme Court is expected to issue an initial ruling in the next four weeks. The claim thus far has had no impact on operations at the mine. 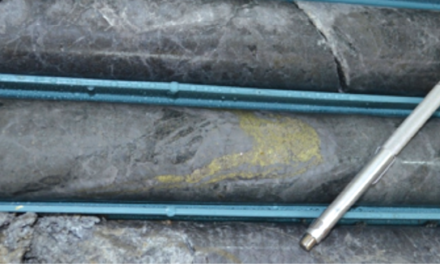