Mexican mining group Peñoles has placed an order valued at $67 million with Atlas Copco—the largest underground mining equipment contract for the company—and the company’s second very large order in Mexico this year. Atlas Copco will deliver a total 87 machines, including equipment for face drilling, long hole drilling and bolting. The order also includes products for loading and hauling, many of which are computerized. The equipment will be used by Peñoles and Fresnillo PLC in current operations, and for various development projects. The majority of the order was booked in the second quarter and deliveries will take place during the coming 12 months.

Peñoles is one of Mexico’s leading mining companies, with operations focusing on base metals such as zinc, lead and copper. It is also the majority owner of Fresnillo PLC, the world’s largest primary silver producer. In January, Atlas Copco received an order from Fresnillo for mining equipment worth about $45 million. 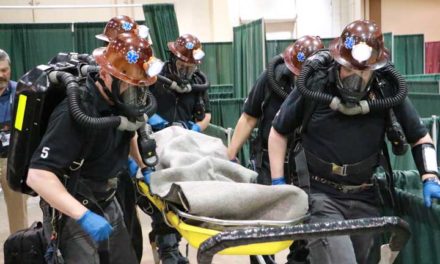