Africa’s uranium producers and projects have, like their counterparts elsewhere, fared badly since Fukushima. However, reports that Japan is moving to restart its reactors could indicate better days ahead.

The continent could hold as much as 20% of world reserves and was especially hard-hit when the uranium market was felled by the Japanese tsunami in 2011. The flooding of the Daiichi reactor plant put an end to an emerging nuclear renaissance, and a promising source of investment for a number of African countries. One of the last obstacles to powering up the fleet was removed when, in November, a southern prefecture gave its approval for two reactors to open.

The news sent a collective “hooray” through listed uranium stocks. Australia’s Paladin Energy, which put its Kayelekera operation in Malawi into care and maintenance earlier this year, rallied 12% on the news. Other uranium plays on the Australian ASX, Toronto’s TSX and Britain’s AIM also enjoyed their best day in years.

“The uranium price itself just jumped $5 mainly due to Japanese reactor restarts and the fact that their stockpile will now be used and not released onto the world market,” said Gennen McDowall, a seasoned explorer on various Africa uranium projects and nonexecutive chairman of TSX-listed Northern Uranium Corp. “Whether or not this will translate to more financings remains to be seen, but at least we are going in the right direction.”

Interest in African projects had grown considerably in the decade leading up to Fukushima, as memories of Chernobyl faded and nuclear enjoyed something of a comeback. China and India began aggressive plant building programs and the price of uranium soared in anticipation of increased demand. The price rose from an all-time low of around $7/lb in 2001 to $135/lb in 2007.

“Of all African countries, Niger probably has the best overall grade,” said McDowall. “The deposits in Namibia, such as Rossing and Langer Heinrich, are relatively low grade, although quite large.”

It may be a little early to see an influx of new projects but, for those already in place limping along, the boost in price will be welcomed news. In June, one of the world’s largest open-pit uranium operations, Rössing in Namibia, announced a round of retrenchments it said was “a strategic move to keep operating and avoid care and maintenance or closure.”

The company is majority owned by Australia’s Rio Tinto and to the discomfort of some Middle East watchers, the Iranian government holds a 15% share.

Should a price recovery be sustained, Rössing is likely to see reduced cost pressure, staving off a shutdown.

Paladin’s Langer Heinrich in Namibia will also feel some relief with the bump in price. The mine has been struggling with production issues that saw output fall by 25% this past quarter. At the same time, Paladin had to shutter its operation in Malawi.

“For the Kayelekera sandstone-hosted uranium deposit to become operational again, a uranium price of around $75/lb will be required,” McDowall said.

Still, optimism is in the air. A week after the Japanese announcement, Ireland-based Kibo Mining said it would revive its idled uranium assets in Tanzania after entering into a joint venture with Metal Tiger, an Asia-focused, U.K.-based junior.

Together, they plan to pull the Pinewood portfolio out of care and maintenance and restart active exploration work during 2015.

The portfolio, comprising 43 licenses, offers, applications and tenders, boasted a combined surface area of 9,033 km2 between the regional capitals of Iranga, Mbeya and Songea.

“This is a significant step for the company, recognizing the increasing interest in the uranium sector, as demonstrated recently by the sharp increase in the price of the commodity,” Kibo CEO Louis Coetzee said in a statement.

Tanzania is especially eager to develop its uranium resources, which its Ministry of Energy and Minerals estimated could rival that of Canada, the world’s second largest producer, gaining $250 million a year in revenue and about 2,000 jobs. In 2013 the government issued a special mining licenses to Mantra Tanzania, a project part-owned by Uranium One. The company said it is focused on licensing and permitting for the project and a feasibility study is being prepared. Once operational, the mine could produce 14,000 metric tons per year (mt/y).

Neigboring Zambia is likely to offer some competition, hoping to see the development of uranium projects to complement its copper resource production. Most promising is Denison Mines’ Mutanga project in Zambia’s south. The company said airborne surveys have found consistent mineralization within its permit area, which it hopes to explore further in coming years.

Niger is also moving ahead after a bruising two-year battle with Areva over the renewal of the latter’s mining contract. Areva operates much of France’s nuclear fleet, and Niger is its most important source of uranium. Earlier this year, Areva agreed to a reduction in tax breaks and a rise in royalty rates, but said the start of production at its giant new Imoumaren mine would be delayed until prices improve. The large, near-surface deposits in Niger are relatively high grade (>0.1% uranium) and therefore there remains significant interest in this country in spite of the political difficulties that often beset the mines.

This leaves Africa’s only nuclear power operator—South Africa. The country has a single nuclear plant with two reactors that generate 5% of its energy. The country now aims to build at least another five producing a total of just under 10 gigawatts. Also, a uranium producer, most of its yellowcake is associated with gold or copper ores. Generally, low uranium grades have made extraction commercially unviable and much was discarded as waste rock or in mill tailings. Thus, although the grades are typically low, ranging from 0.002%–0.08% uranium, the resources are easily and cheaply extractable, which makes their future exploitation more attractive.

Cooke has already produced and shipped its first consignment of uranium in the form of 10 mt of ammonium diuranate to the Nuclear Fuels Corp. of South Africa and is poised to begin regular production once the price recovers.

“We have everything in place—all the infrastructure and plant is built and paid for. All we need now is for the price to recover,” Froneman said.

Froneman noted that, according to the company’s own analysis, by 2022 there would be 521 operating reactors compared with the 430 today, and 60 new reactors are under construction. Much of the new build activity is occurring in developing countries such as South Korea, India and China; the latter alone would have 30 reactors under construction beginning the new year.

It will take more than a price rise to push African projects to viability, however. Competition from other locales such as Canada and world-production leader Khazakstan will provide a tough running mate.

“Raising money to compete with the Athabasca Basin projects in Canada will be very difficult,” McDowall added. “Not only due to the high grades, but also to the political stability that Canada offers.” 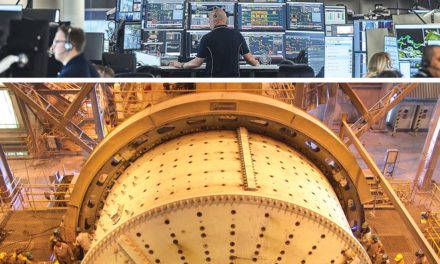 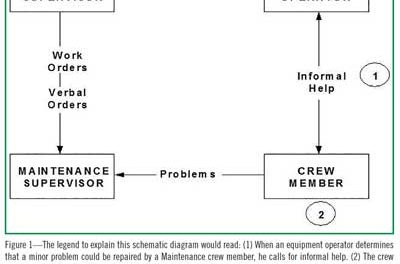