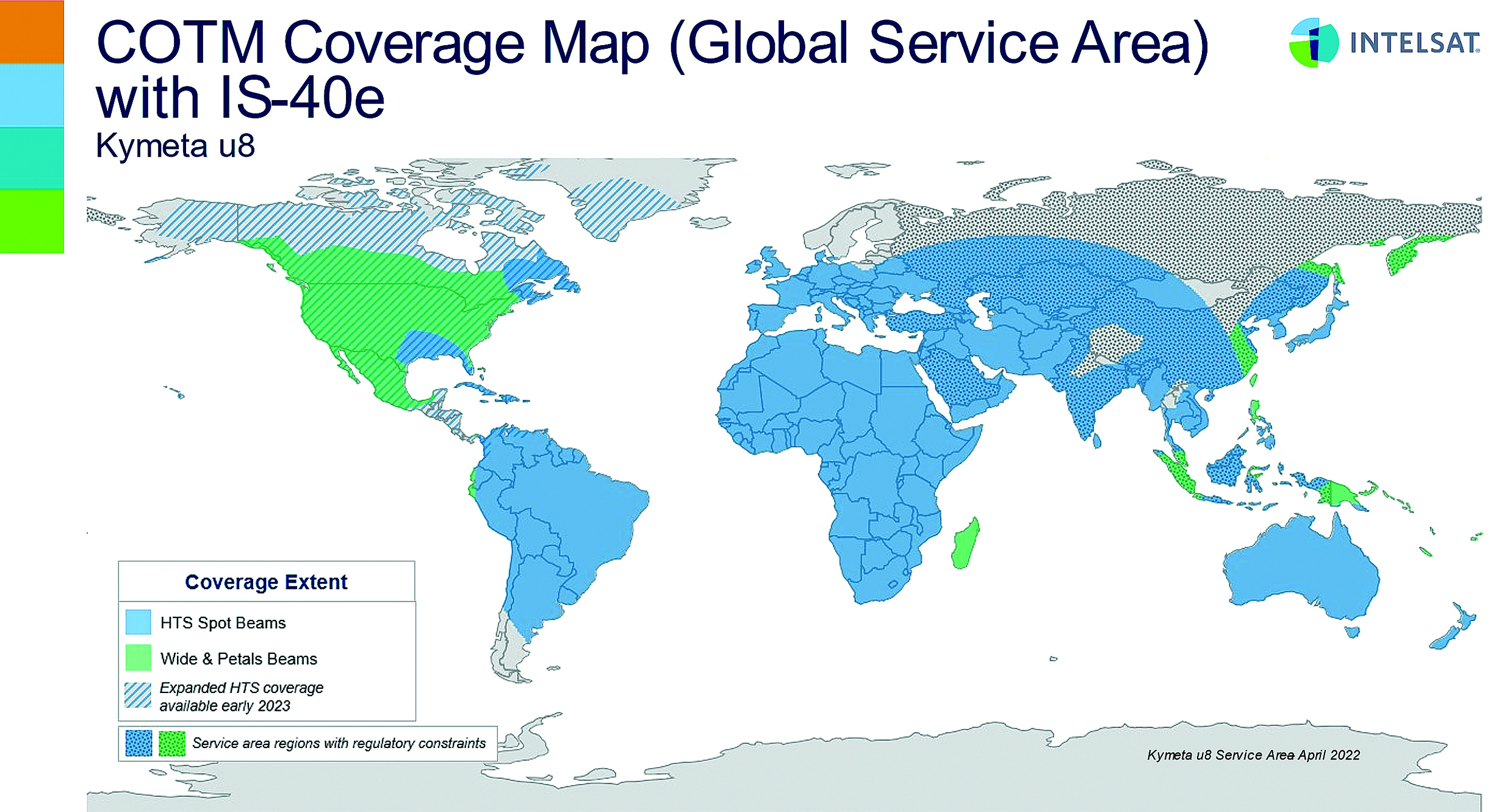 Today’s mines and exploration camps are increasingly dependent on loads of bandwidth and always-on network availability, but many are often operating in remote locations where establishing land-based communications connectivity can be difficult and expensive. An efficient network to communicate internally and externally, and to collect and transmit data is a must. While some mines operate private LTE networks, they still need to reliably communicate with others that are off site. The reliability of that connectivity to support all of a mining company’s needs, whether it’s a fleet of haul trucks, IoT sensors from the mine and the mill, core logging activity at an exploration site or highwall stability is vital to mine safety, morale, and productivity.

To provide high speed, reliable cost-effective bandwidth for mining applications, Intelsat has recently launched FlexMove, an easy to-deploy connectivity solution designed for Comms on the Move (COTM) and Comms on the Pause (COTP). As a fully managed end-to-end service, Intelsat delivers resilient, high-performance connectivity through its multi-layered Ku-band high throughput satellite (HTS) network. Delivery of services is simplified through user-friendly terminals that can rapidly be deployed and ready to use at a moment’s notice.

Intelsat pioneered satellite communications, Congdon explained. “The company got its start during the early 1960s as an inter-governmental alliance between multiple countries from every corner of the planet to support communications of that era, which was primarily television broadcasts and international telecoms,” Congdon said. “It remained an intergovernmental agency until Intelsat was spun off in 2001 as a private company. Imagine the technological advances and, all along that timeline, Intelsat was delivering cutting edge services and creating new methods of interconnectivity where typically none was available.”

Today, Intelsat has more than 50 geostationary satellites orbiting Earth. They are a combination of both traditional wide beam satellites as well as the latest generation HTS, which subdivide the satellite’s reach into spot beams that allows Intelsat to deliver more throughput to ever smaller terminals.

“That’s important for users as it offers the portability they need today,” Congdon said. “We interconnect these 50 plus satellites through our network of teleports around the world, and overlay those teleports with interconnecting fiber optic cables, combining terrestrial and satellite networks for customers that require a global solution.”

Historically, Intelsat sold capacity to others that did something with that capacity. “We typically sold our satellite capacity in megahertz to others that then converted those megahertz into service plans,” Congdon said. “Today, we’re moving upstream and we’re providing managed services to eliminate the difficulties of integrating satellite communications to meet the end-user’s needs.”

Last year, for example, Intelsat purchased Gogo, an internet provider for commercial airlines, and that has now given the company the ability to directly provide 20 commercial airlines with service delivered to more than 3,000 aircraft globally. Intelsat is also the largest provider of satellite services and communications to the U.S. government. They currently provide content to more than 2 billion people worldwide through television and radio. It’s also the largest provider of connectivity to the oil and gas industry. Intelsat serves seven of the world’s top 10 mobile network operators with cellular backhaul and other services that optimize service delivery to end users.

Intelsat has the satellite resources and radio spectrum available to deliver broadband connectivity in Mbps.

Intelsat launched FlexMove in early 2020 for users in the land mobility space who require connectivity for a vehicle in motion [COTM], or for temporary communications at a given location [COTP]. It’s an end-terminal managed service, Congdon explained, somewhat analogous to the way users buy services from a cellular phone operator, such as AT&T, T-Mobile, Verizon, etc. “Users are buying access that’s delivered to a terminal in pre-configured service plans that allows the user to be a user without the worry to manage the network,” Congdon said. “Similarly, FlexMove allows the user to communicate affordably.”

Taking the cellular analogy a step further, society saw the migration from 2G, which allowed voice services with some light messaging (SMS), to 3G which added more messaging capability along with a little bit of interactivity, such as surfing the Internet, etc. It gave users a taste of what could be done with data. Now, 5G mobility is available through cellular providers. “If we put ourselves in the middle of what was happening in the 3G world from a satellite perspective, mobile satellite service operators, such as Iridium, Inmarsat, etc., were optimized to deliver voice and data services, but in smaller kilobits per second (Kbps) bursts,” Congdon said. “The only way to get up to higher throughput is by having the appropriate satellite resources and radio spectrum available to deliver broadband connectivity in megabits per second (Mbps).”

In addition to having networks that support this level of connectivity, users needed to have the right terminals. The founders of these mobile satellite services for the land mobile marketplace started out with data services that were messaging-based, that tended to be periodically sent, not always-on, and they supported needs in bits per second speeds eventually migrating over time up to Kbps. “Due to the way their networks are designed and how much radio spectrum bandwidth they have, they are kind of topped out today,” Congdon said. “They can’t really expand without building a whole unique satellite network that requires much more in the way of radio spectrum.”

FlexMove is a land mobility solution, delivered via satellite and optimized around HTS connectivity. It’s a service that’s always-on and ubiquitous. It supports both COTM and COTP with multiples of Mbps connectivity. In the case of COTM, FlexMove today offers up to 5 Mbps down from the satellite to the terminal and 2 Mbps on the return, Congdon explained. “In the case of COTP, it’s an even more efficient connectivity,” Congdon said. “We support up to 10 x 3 Mbps. It’s a global service and supported through one single service region. When a user moves a terminal from place-to-place, there are no roaming charges, they consume the available gigabytes through their existing service plan equally. It’s truly an end-terminal managed service and is sold by the gigabyte in pre-configured service plans with a portfolio of pre-qualified terminals to support its usage equally no matter where you turn that terminal on.”

Through FlexMove, Intelsat delivers service and terminals that can be quickly deployed with limited technical expertise. “We want to make this simple,” Congdon said. “Mine operators don’t want to send a comms expert to every locale that wants to use satellite connectivity. These products are designed for use by people with a minimal amount of training. Yet, its robust HTS connectivity provides network resiliency for mission-critical or safety concerns. It delivers quality video streaming from any location to bring value to those that are analyzing data and use cases. This is all about situational awareness in real time.”

COTM is delivered via a terminal that can be installed flat, horizontally on top of a vehicle for example, like a haul truck or a bus transporting miners. “This flat panel has no moving parts, such as the Kymeta u8 antenna, to maintain connectivity on its own automatically,” Congdon said. “It looks at the sky, finds the right beam, makes connection and maintains that communication even while the vehicle is moving.”

Kymeta u8 terminals support broadband connectivity even while moving at high velocity. “It not only supports satellite connectivity, but can also communicate via an integrated LTE SIM card, so it can become part of a terrestrial solution via this one single satellite terminal,” Congdon said. “When that terrestrial connectivity is not available via a commercial or private LTE network, it can then roam and move on to satellite connectivity. There is a lot of capability in what appears to be a simplistic terminal and antenna, but there’s a whole lot going on under the hood.”

The COTP terminal is designed for a user, who needs connectivity at a given location for a temporary period of time. Temporary is defined by the user — a day, a month, several weeks, several months, etc. “Temporary simply means the user cannot justify the civil works project to install a large VSAT dish,” Congdon said. “Users need to be able to carry it, so the terminal is very portable. They can use it to create a temporary Wi-Fi hotspot around that connectivity-capable terminal and quickly create a solution for use in a fixed location.”

Intelsat sells the Satcube and Starwin terminals for COTP service. “The Satcube terminal is by far, the smallest, lightest and most compact of the terminals that we offer,” Congdon said. “When folded down, it’s basically the size of a large briefcase. It’s so small that you could carry it onto a commercial flight and place it in the overhead compartment. Its compact size also means it has a high price, but it can become a lifesaver as far as being able to deploy it very quickly.”  Recently, Starwin also introduced a new smaller, lightweight mini-terminal called the FL30P which is comparable in size and performance to the Satcube terminal at a lesser price.

The original Starwin FL60P COTP terminal while slightly bigger collapses down to the size of a large piece of luggage or backpack. “You would have to check it before boarding the plane,” Congdon said. “The cool thing about this Starwin terminal is its auto-pointing capabilities. As soon as the user is on location, they press a button and the antenna starts to move and find the appropriate satellite beam.

All the terminals in this COTP category will support connectivity at 10 x 3 Mbps. In the satellite world, that’s categorized as a broadband or HTS connectivity, and can certainly support creation of a rapid WiFi hotspot to support multiple users at a location.”

Beyond selecting the right terminal, the next step is to determine the size of the desired data plan. Will the terminal be used frequently enough to justify a monthly plan? If it’s only used seasonally, users might consider a quarterly or annual plan, or for users that have more of a constant need, there is an unlimited plan “We also have the ability to configure plans down to a single terminal or to multiple terminals,” Congdon said. “With multi-terminal plans, the terminals consume bandwidth from a common gigabyte pool also called a Shared plan. It avoids the situation with overage on one terminal while other terminals from the Share group sit idle.”

Intelsat currently has 32 FlexMove solution partners across the globe which is how the service is sold to an end-user. “FlexMove is affordable, easy to integrate and implement, easy to manage,  and provides network redundancy,” Congdon said. “It can complement existing terrestrial communications by layering in HTS connectivity. It’s truly broadband connectivity that’s always-on.”

This article was based on a webinar Mining Media International produced and Intelsat sponsored for E&MJ readers with some updates based on the current evolution of the FlexMove service offering. Intelsat is sponsoring another webinar September 28, 2022, to discuss further developments with its FlexMove service. 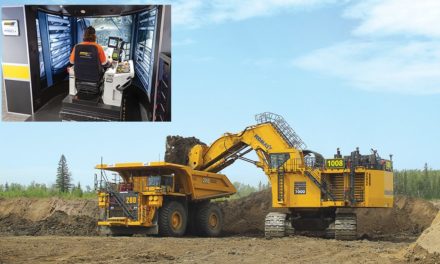 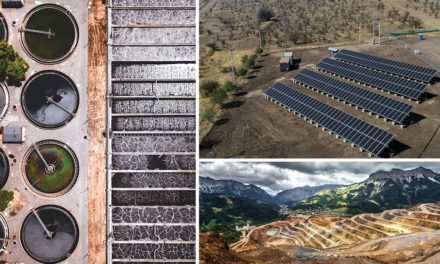 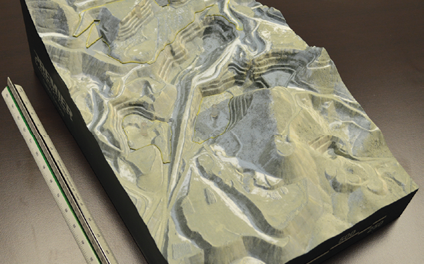