For two Kiruna truck customers in Canada and the U.S., it’s something old and something new

During 2009 and early 2010 Sweden’s GIA Industri, in partnership with ABB, is scheduled to deliver six new Kiruna electric trucks to three mines in North America. Two of these, both owned by Vale Inco in Canada, have considerable experience with the Kiruna electric truck hoisting technology; the other—Stillwater in Montana—is a new customer.

Produced by in Sweden by GIA in collaboration with ABB as regards the electrical engineering, Kiruna electric truck systems are sold, installed and serviced by ABB in Canada. The latest Kiruna trucks operate via a three-phase AC 690 V overhead trolley line secured to the back of the truck and now incorporate an all-AC electric system with one motor for each axle, providing all-wheel drive. Instead of the battery used on earlier models, a 75-kW Tier 3 diesel engine automatically starts up for off-line duties such as loading, dumping and turning. In passing areas no complicated overhead trolley lines are required; the operator simply drops the power collector, which starts the diesel engine, allowing the oncoming vehicle to pass.

The Kiruna truck also offers reduced noise levels in the confined underground workings. The measured outside noise level at maximum output is 85–90 dBA in the mine—appreciated not only by the operator but also by the miners working in the vicinity.

The first mines in North America to install the ABB-Kiruna electric truck hoisting system were both in Canada: Kidd Creek in Ontario and Hope Brook Gold in Newfoundland. Both these mines’ systems started production in 1989. In 1987–1998, Kidd Creek started work on a 1,300-m ramp trolley line for one truck to haul ore from new, lower mining areas to the existing crushing and hoisting system. Hope Brook Gold was the first operation designed from the start to use electric truck hoisting to surface instead of building a shaft. A combination of 3,500 m of trolley line on the 12% underground ramp and 700 m on surface allowed three 50-st Kiruna K1050E trucks to haul ore to the surface crusher. But today the major user of Kiruna electric trucks in Canada is Vale Inco.

Inco also recognized the advantages of using electric-powered equipment underground in the 1980s. During a period of depressed nickel prices the company made plans to re-open the Crean Hill mine as an “all electric mine” with the lowest operating costs of any mine in Ontario’s Sudbury nickel area (WME, June 1988, pp. 14–18). The C$25 million re-opening program started late in 1986 and was completed in 1988-89. This was part of a broader Inco drive to develop safer, more cost-effective mining methods and equipment.

Crean Hill did not use electric truck haulage because the drifts around the existing crusher, conveyor and hoist loading system had not been designed for large vehicles. The mine was re-equipped with electric-powered Wagner LHDs and battery-powered locos for the rail haulage system. But at the Copper Cliff South Mine 865 orebody, which was being developed with electric LHDs at that time, Inco did evaluate both Wagner and Kiruna Electric trucks. And at this time the company was also planning the re-opening of the Coleman mine as an all-electric operation, at a cost of C$51 million. The Lower Coleman mine opened in 1992.

In 1993, Inco approved the first part a two-phase development program for the company’s largest undeveloped ore reserve in the Sudbury area. Estimated to cost US$158 million, the McCreedy East project involved exploitation of two structures, the deep 153 and the main McCreedy East orebody. Planned mine life was 20 years at a full production rate of 3,000 mt/d and mining started, at a lower initial rate, in 1996. Inco decided to truck the McCreedy East ore to the existing crushing and hoisting system at Coleman and the linked operations have subsequently been referred to as McCreedy East/Coleman and more recently as Coleman/McCreedy.

In the first place ABB installed a 4,800-m trolley line in the ramp connecting the 153 orebody to the Coleman crusher for two 50-st Kiruna Electric trucks that entered service in 1996. This ramp has an average grade of 13%. As the operation developed further, 50st trucks were added—one in January 2001, two in 2004 and one in 2005. This year, GIA has been building two K1050ED trucks for Coleman/McCreedy, with one delivered in September 2009 and one scheduled for February 2010.

The next investment was announced in October 1994; a new ore-handling system costing US$13.6 million that was designed to recover 2.6 million mt of ore between the 7,200- and 7,400-ft levels at the Creighton mine. Although diesel-powered LHDs, now with cleaner engines, were used, the haul up to the existing crushing and hoisting system would be by 50-st Kiruna Electric truck. The first 1,700-m trolley line was installed during 1996 in a ramp grading an average 13% and Kiruna Truck supplied one vehicle. However it was planned to extend the system to 4,000 m and this year GIA has built two K1050ED trucks for delivery in August and in January 2010. The actual delivery dates may well have been affected by the dispute between Vale Inco and the United Steelworkers.

Once upon a time in the West, saying “the Russians are coming” would refer to a perceived military threat, nowadays it is more likely to mean a visit from the fishing fleet or another globalization. One expansive Russian mining and metals group is MMC Norilsk Nickel, which owns the Stillwater Mining Co. (SMC) operations in southern Montana, USA. The company is engaged in the development, extraction, processing, smelting, refining, and marketing of palladium, platinum and associated metals. Ore is mined from a geological formation located in the Beartooth Mountain Range of southern Montana. Known as the J-M Reef, this is the only known significant source of platinum group metals in the United States.

SMC has two mines on the 28-mile-long reef, the Stillwater mine near Nye and the East Boulder mine south of McLeod. Each mine has a concentrator and the company operates a smelter, refinery and laboratory at Columbus, Montana. Spent catalyst material is also recycled at the smelter and refinery to recover platinum group metals. The SMC corporate office is also located in Columbus.

At Stillwater, the orebody is accessed by a 1,950-ft vertical shaft—collared at an elevation of 5,000 ft ASL—and a system of horizontal adits and drifts. The mine has been producing 400,000 oz annually. SMC wants to access ore reserves below the shaft bottom in four development phases over the next three years. This involves deepening the operation by a further 1,050 ft, taking it down to an elevation of 2,000 ft median.

The company undertook a feasibility study into various ore-handling options which included: extending the existing hoisting shaft, stepping off, using conveyors, expanding the current fleet of diesel trucks, and switching to the Kiruna electric truck hoisting system. Factors studied in assessing the efficiency and cost benefits per hoisted ton of these alternatives included the MSHA limits on airborne diesel exhaust particulate levels, the relative costs per hauled ton of diesel fuel and electric power, effects on ventilation demand, and capital costs.

The result of this exercise was the decision not to extend the shaft but rather to utilize the trolley electric truck hoisting system. While the study indicated that initial costs were comparable, said SMC Chief Engineer Curt Jacobs, all the options, except using the electric trolley system, meant a capital cost outlay with no payback for some years. “We therefore opted in favor of the Kiruna trucks as a ‘pay as we go’ option,” he said.

Also favoring the electric truck option was the difficulty in reducing diesel particulate matter (dpm) concentrations below the statutory limit of 160 µgm/m3 if additional diesel trucks were to be used without additional ventilation fans and corridors. In contrast, said Tony DiGrappa, project director for ABB in Canada, ventilation legislation in North American mines is expected to be an issue in the future: “The reduction in ventilation required with the Kirunas will provide a ‘real’ significant cost saving.” He added, “The combination of both the dpm and ventilation requirements means that there is considerable interest around North America in the Stillwater operation.”

In placing an order for the Kiruna trucks, Stillwater used the electric haulage operations at the two Inco mines as a model. During a number of visits the company was able to witness the quiet operation and speed of the trucks. Rick Collins, SMC’s electrical maintenance superintendent, confirmed that they had also been impressed with the operating and maintenance costs of the six 50-t Kirunas at these operations. “We were also able to use the Inco operations as a resource of information and, in fact based our proposed ramp designs on Inco’s experience,” he said.

Stillwater Mining ordered two 35-st payload Kiruna K635ED vehicles that are intended to comply with diesel particulate matter (dpm) legislation in North American underground mines. In addition to the two Kirunas, ABB will be supplying 5,400 ft of overhead trolley line in phase 1, increasing to approximately 12,000 ft over phase 1–4 by 2012.

The haul road surface is composed of emulsified asphalt and compacted gravel, similar to practice at Inco’s installations. The ramps in the new phases below 2000 ft will be laid in this format at a maximum grade of 15%, allowing the trucks to reach uphill speeds of up to 18 km/h.

Stanford F Foy, SMC’s technical services manager, commented: “Implementation of the Kiruna system at Stillwater will allow us to reach our long-term production goals and provide a flexible operating system that is within our current operating and capital constraints.” 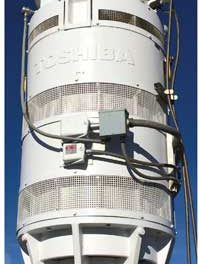 Motors and drives perform critical service throughout any mining operation. 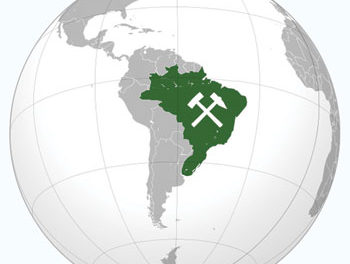 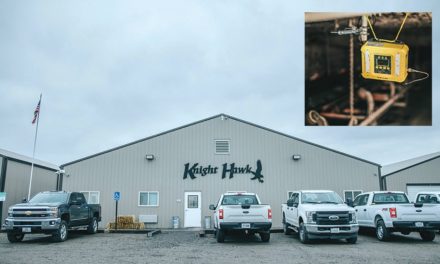