Dewatering slurries to the consistency of paste is currently one of the more crucial aspects of mineral processing today. The benefits represent enormous potential not only within the ore processing circuit, but down stream as well. The workhorses behind this technology is the paste thickener. The increased underflow solids content that a paste thickener can achieve can create real benefits for several applications, including the counter current decantation (CCD) circuit, mine backfill, autoclave feed and surface tailings disposal impoundments.

While dewatering is an important aspect, the thickener underflow still has to be fluid enough to flow through a pipe. The paste product has to flow with the head provided by the thickener to the suction side of a centrifugal pump. So, there are limits as to the densities that can be achieved, which is measured in terms of yield stress. “Paste thickeners create a higher underflow density than conventional thickeners,” said Fred Schoenbrunn, global sedimentation manager, FLSmidth. “The densities are not quite as high as filters, but it’s a much less expensive means to get to those levels.”

The use of paste thickeners in front of any process, which is adversely affected by water can deliver significant improvements in treatment costs. Autoclave feed is a great example. “Increasing the concentration on the leach feed allows longer residence time in the leach circuit,” Schoenbrunn said.

If the geotechnical demands for mine backfill are suitable, a paste thickener could be used in place of filtration to produce a non segregating paste for placement as cemented or non-cemented backfill, according to Liam MacNamara, regional sales director, FLSmidth. Filter performance can also be improved by increasing the solids concentration on the feed.

The largest application, however, is surface tailings disposal. Paste thickeners allow the mines to stack materials on the surface, which has a huge impact on the construction requirements for tailings dams. Tailings dams are expensive and constructed over years, as an ongoing project for the mine. “A higher solids content in the underflow brings new rheological characteristics into play in the design of tailings dams allowing an impoundments with a smaller footprint and the removal of most free water before disposal,” MacNamara said. “This not only increases water recovery to the process but makes a safer, environmentally more sustainable tailings disposal strategy possible.”

MacNamara defines a good paste as a non-segregating homogeneous suspension which releases little bleed water. The ability to create a good paste product is determined by the slurry’s particle size distribution. Coarse material with a small amount of fines (commonly described as 20% less than 20 microns) is ideal.

On the other hand, if the slurry has a lot of coarse material and not much fines, beach sand for example, the characteristics will shift from a fluid to a solid over a very short range of solids concentrations. These materials would not be good candidates for paste thickening and the plant would eventually run into control issues.

FLSmidth has designed and installed about 150 high-density paste thickeners and, more recently, several deep-cone paste thickeners. “We have learned quite a bit about this technology in the past 10 years,” Schoenbrunn said. “Our design engineers have a lot more confidence about what we can do and can not do. The risk factor is a lot lower now that the concept is proven.”

One trend than Schoenbrunn noted is that the size of the systems continues to grow. “More recently, we have been designing for full plant tonnage on a number of large installations,” Schoenbrun said. The large installations are mostly for surface tailings disposal applications. FLSmidth is supplying paste thickeners 40 m in diameter and they are ready to go larger.

Some large copper mines are looking at rates of 100,000 metric tons per day (mt/d). “There were a few challenges getting to this stage, but it’s the technology is proven and accepted,” Schoebrunn said. “The mines no longer view paste thickening as a major risk, which is interesting because those plants are not up and running yet.” During the next couple of years as these large installations, Schoenbrunn believes that engineering firms will consider these large-scale technologies as routine.

“Typically, high density thickeners are less expensive than deep-cone thickeners, but they don’t get to the same solids concentrations,” Schoenbrunn said. “There is the continuum of thickener technologies from high rate to high compression and high-density and deep-cone thickeners as far as what density can be achieved.

“Operationally we have found paste thickeners to be relatively simple machines to run,” Schoenbrunn said. “Because they have very high torque capability and they are designed to operate normally in a range that does cause problems for high-rate thickeners, there are fewer instances of upset conditions in a paste thickener because it handles what would otherwise be an upset condition. They also operate consistently.”

Good instrumentation and operator training are essential, MacNamara explained. “A good project will only come to fruition if the thickener supplier, customer and plant designer work together to have the best understanding of what is required and what can be delivered,” MacNamara said.

The Right Density for the Application

Depending on what underflow density the mine wants to achieve, different applications have different requirements Surface tailings disposal is relatively easy because the maximum underflow density is determined by the rheology, or the ability to transport and spread a large amount of material over a big area. High density thickeners can easily satisfy that need.

On the other hand, in the case of underground paste backfill, where a mine would be adding cement, the water content is crucial. “That application pushes the capabilities of a high-density thickener,” Schoenbrunn said. “The alternative is a thickener-filter combination where the mine would dilute back a little bit. A number of mines with paste backfill systems prefer a filter-thickener arrangement because of the higher degree of control over the paste density. A little extra water in that application ends up costing the mine a lot in terms of cement addition.” Cemented paste backfill is an application that requires different sizing for bed depth and a lot more solids retention time in the thickener.

Filtration is a complementary technology and an option for getting to higher solids concentrations. “If a mine requires higher water recovery or lower water content in the final product, then filtration can reduce water content better than a paste thickener,” Schoenbrunn said. “Sometimes that’s the way to go. It’s a lot more expensive in terms of capital, and operating and maintenance costs.”

“Where a stiff paste is required, filters still have a significant place in paste production,” MacNamara said. “Mine backfill is the predominant process using filters unless the mine geometry and required paste characteristics lend themselves to paste from a thickener.”

If a plant does not have to go to filtration, it makes a big difference in plant design. Thickeners are a much cheaper way to remove water and they easier to operate. Using paste from high-density thickener to feed a filter can have some real benefits for filtration system operation.

Looking toward the future, Schoenbrunn believes that a lot of plants will be taking advantage of the benefits of these technologies for surface tailings disposal, CCD circuits, leach feed, etc. The reasons are readily apparent; it’s a well-proven technology with clear benefits and plant designers will be taking advantage of these technologies to make more efficient plants, and to lower capital costs. 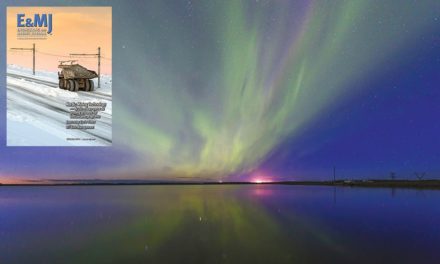