Shenck Process developed a prototype vibrating screen equipped with sensors to provide data used to assess the health of the screen and the performance of the processing cycle. A standard screen comes equipped with two sensor nodes. On the prototype, four additional sensors have been fitted, the company reported. The additional sensors are measuring tonnage, load bias, spring operation and fatigue damage. Leadership at the company reported it is “looking into the development of a predictive failure program to improve overall productivity and efficiency and significantly reduce the possibility of unplanned downtime. The screen being trialed at a company site in Australia.
www.schenckprocess.com
Read more 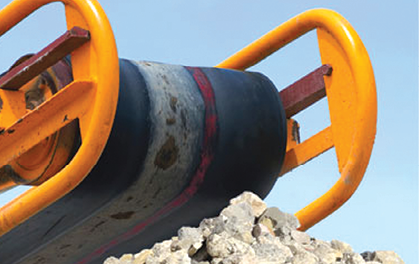