Sandvik Mining said its line of top center drill bits are now available as standard products in three sizes. Primary applications for these bits—using a design approach described as a technological breakthrough in bit effectiveness—include face drilling and bolting in both mining and tunneling environments, where long bit life is essential in cutting costs and improving productivity.

The company explained that its top priority when developing the new bit line was to increase service life. Because the main reason for discarding a drill bit is excessive wear on the diameter, the simplest way to achieve longer service life is to add more gauge buttons. However, this can prove problematic because of the limited space available. Furthermore, an increase in the number or size of the carbide buttons generally decreases the penetration rate: the same impact force yields a lower net force per button.

The new design solves these problems with a so-called raised front, elevating two or three front buttons (depending on diameter size) a few millimeters above the gauge buttons located on the periphery of the bit. The front buttons are also set at a slight angle relative to the symmetric axis of the bit. The raised front creates a recessed hole-bottom pattern that alters the rock-breaking action to achieve improved performance.

Top center bits also feature an innovative cemented carbide grade known as GC80. “The problem with the carbides that exist on the market today is that they are either wear-resistant or tough,” said Robert Grandin, product manager of top hammer tools at Sandvik Mining. “When developing GC80, we wanted to combine the best of those two worlds in order to get as much as possible out of the top center design.”

The key to this, according to Sandvik, is a completely new production method that makes it possible to produce a button that improves wear resistance on the outside, yet combines toughness with a softer center, extending service life and grinding intervals even further.

The company said that more than 1,000 hours of testing in widely varying conditions and sites have shown operators logging more drilled meters and
more holes between each regrind. Less regrinding means less wear on the drill diameter. Sandvik claims the new bit design offers up to 80% longer grinding intervals and up to 60% longer bit life. An additional benefit is more accurate collaring, which directly im-
pacts the accuracy of drilled holes and consequently blasting results. 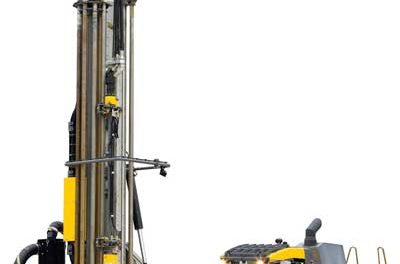 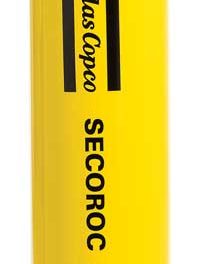