The primary function of mineral processing plants is to maximize recovery and concentrate grade – a goal that’s steadily getting more challenging due to lower feed grades, more complex mineralogies, rising water and energy costs and a growing necessity to minimize the overall environmental impact of processing. It’s an objective that demands improvements in process analysis and control, more data and increasingly innovative equipment and chemical products to achieve desired results. Here are the latest developments: 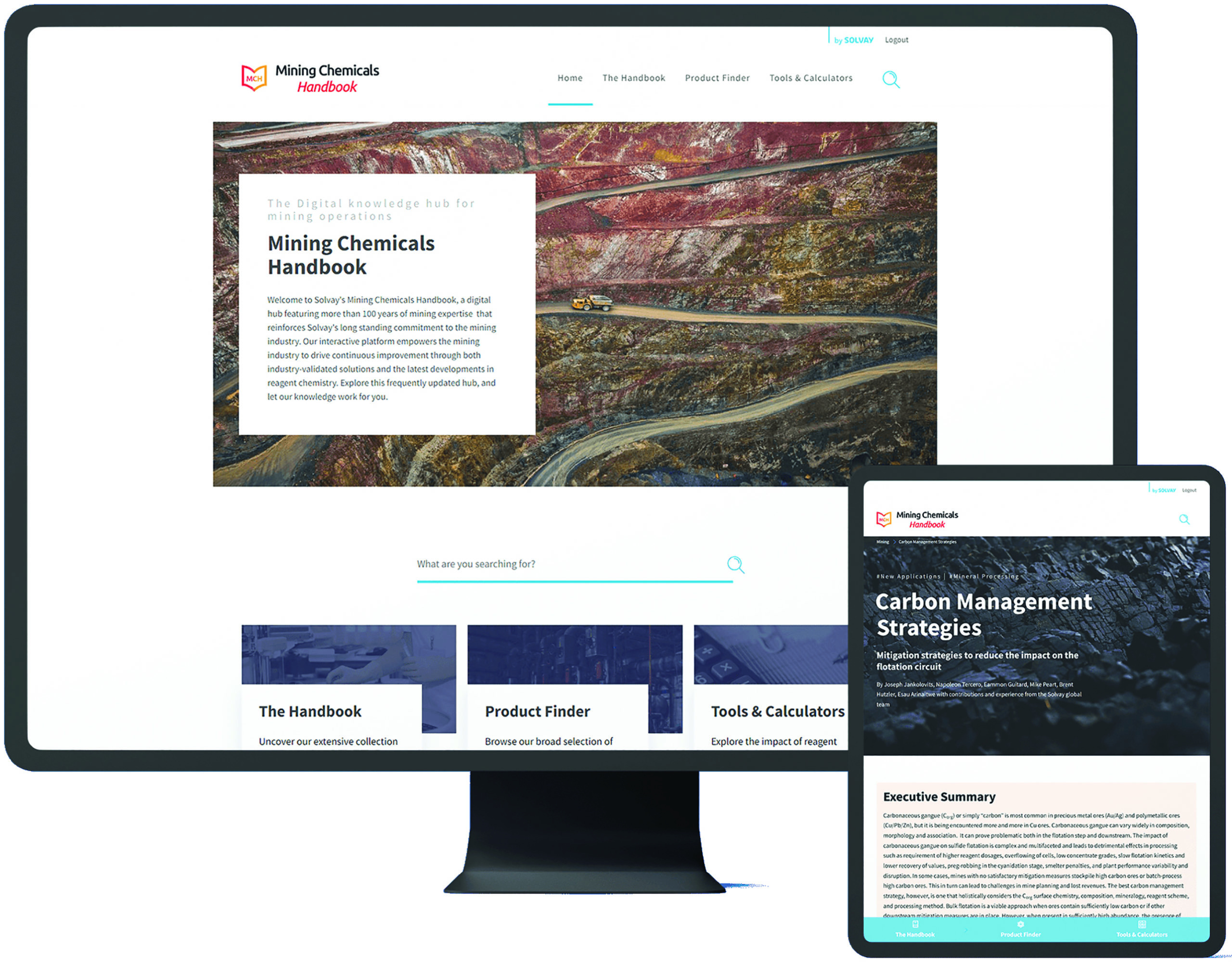 SmartFloat is a new digital platform aimed at assisting mine operators in improving flotation performance through real-time recommendations for reagent optimization.

Solvay recently introduced SmartFloat, which the global chemical and materials supplier describes as a first-of-its-kind digital system based on artificial intelligence (AI) that enhances base metal flotation by improving operational efficiency, metallurgical results and sustainability. SmartFloat, said Solvay, provides a new tool for flotation operations to implement improvements, similar to its SolvExtract solvent extraction platform that was launched in 2019.

“Miners worldwide are facing increased ore variability at lower grades and request more automation,” said Nicolas Renaud, Digital Business Transformation director at Solvay. “Digital solutions can address these challenges, but are often met with reservation as to their utility and use in the rugged environment of mineral beneficiation. SmartFloat provides a user-friendly and mining-focused interface to maximize the stability and control of the beneficiation process.”

The company said SmartFloat is a perfect complement to the Solvay Cube, a state-of-the-art dosing system that
enables more precise blending and dosing control of reagent building-block chemicals. The data and insights gathered by SmartFloat, together with the Cube’s formulation capabilities, can be used to automate reagent injection into the flotation cell.

According to Solvay, several operations worldwide are currently implementing SmartFloat for their copper and copper-gold ore processing operations.

SmartFloat follows the company’s December 2021 launch of a digital knowledge hub, the Mining Chemicals Handbook (MCH), which provides continual access to relevant mining chemical application information. Solvay claims it to be the first such resource in the industry.

Originally known as Cytec’s Blue Book (Solvay acquired Cytec in 2015), it has now been updated, digitized and expanded upon to better reflect the current challenges facing the industry, as well as the changing content consumption patterns of mine personnel in the digital era, according to the company. The updated MCH delivers the company’s extensive expertise and application know-how, along with current reagent data, to each user’s desktop or handheld device. The hub also includes a range of new tools designed to help improve clients’ performance and profitability.

“Interactive features,” said Nicolas Renaud, “include value calculators to explore the impact of reagent selection and operational changes on plant performance. Through the knowledge hub, Solvay will also provide current information about its field work and research, which can serve as guidance for mines facing similar challenges.”

Martin de Saignes, executive vice president, Mining Solutions at Solvay, added: “We believe mining chemistry has the power to be ‘smart.’ With access to the right plant data, reagent formulation and selection have the potential to be dynamic. This means that reagents can be tailored to the ore type and processing conditions at any point in time. Tailoring reagents starts with solid foundational insights. In this sense, Solvay’s new digital hub links our know-how and ambition with our customers’ needs.” 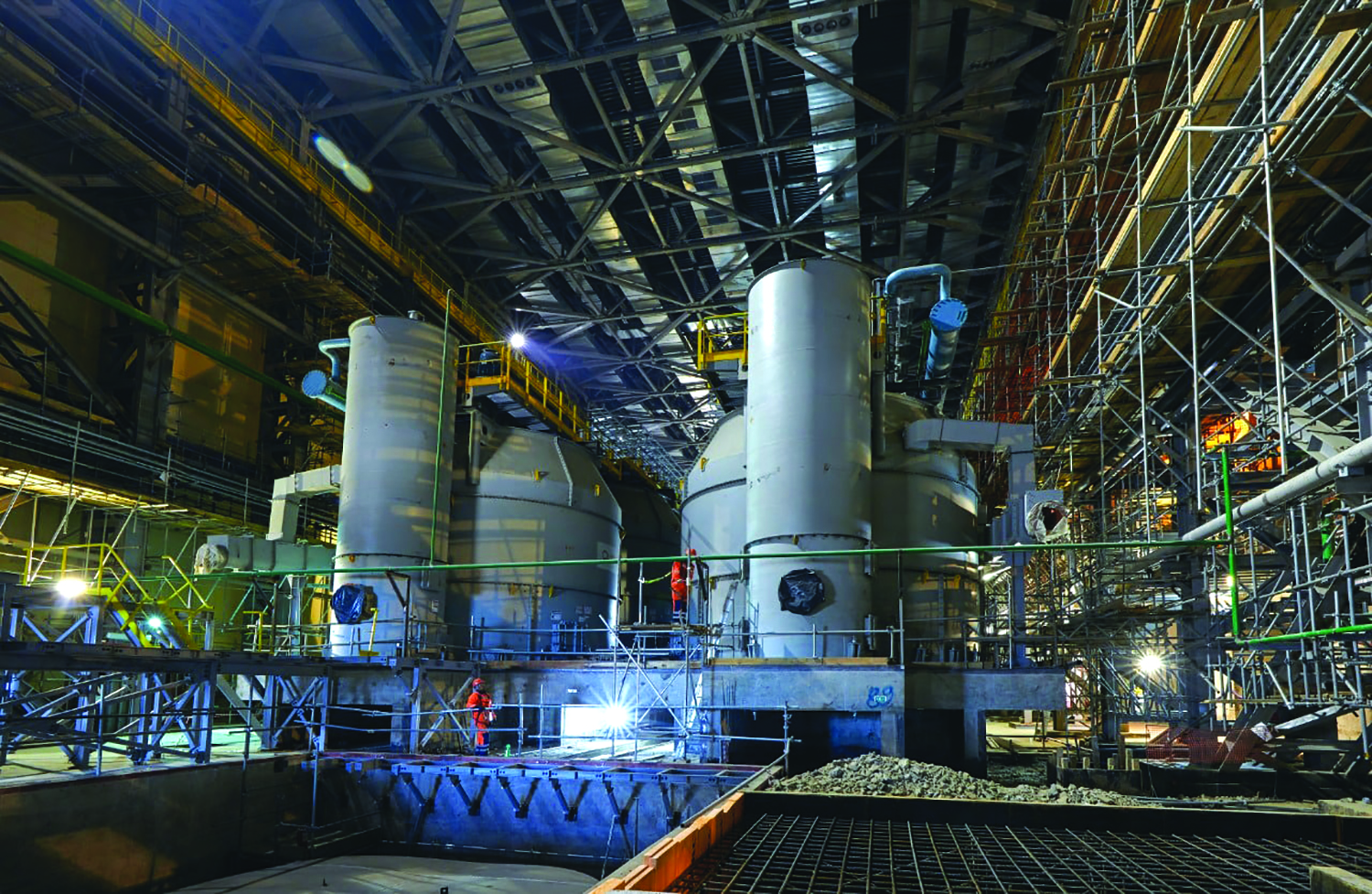 Test results from the use of a new reagent in the copper processing flowsheet for Udokan Copper’s process plant point to an increase of more than 1% in metal recovery.

The deposit is located in the Kalar District of the Trans-Baikal Region in Russia’s Far East, 30 km from the Novaya Chara station on the Baikal–Amur main line. The project calls for construction of a plant that will produce cathode copper and sulphide concentrate after pilot plant studies are completed.

The company recently reported that testing of an unidentified “special selective flotation reagent” promises to boost the amount of copper recovered from ore by more than 1% of the design parameters and increase the total copper output has been successfully completed at the pilot plant. The company said production engineers achieved a consistently high copper recovery rate of 87.9% from the ore at the bulk flotation stage.

Udokan Copper First Deputy CEO and Operations Officer Alexey Yashchuk said the new approach might make it possible to increase the amount of finished copper produced by 2,000 mt/y. “Annual output could increase from 135,000 mt/y to 137,000 mt/y tons,” he said.

The company said it conducted laboratory tests of the flotation reagent for several months, and the results indicated that a higher copper recovery rate could be attained, which has now been confirmed by the pilot tests, according to Yashchuk. The next step is to introduce the new selective flotation reagent on an industrial level. “I’m confident that, at the stage of industrial testing using the latest equipment of the Udokan Mining and Metallurgical Plant, the extraction level can be even higher,” said Yashchuk.

Udokan Copper previously patented a combined flotation and hydrometallurgical technique for processing the complex ores of the Udokan deposit. 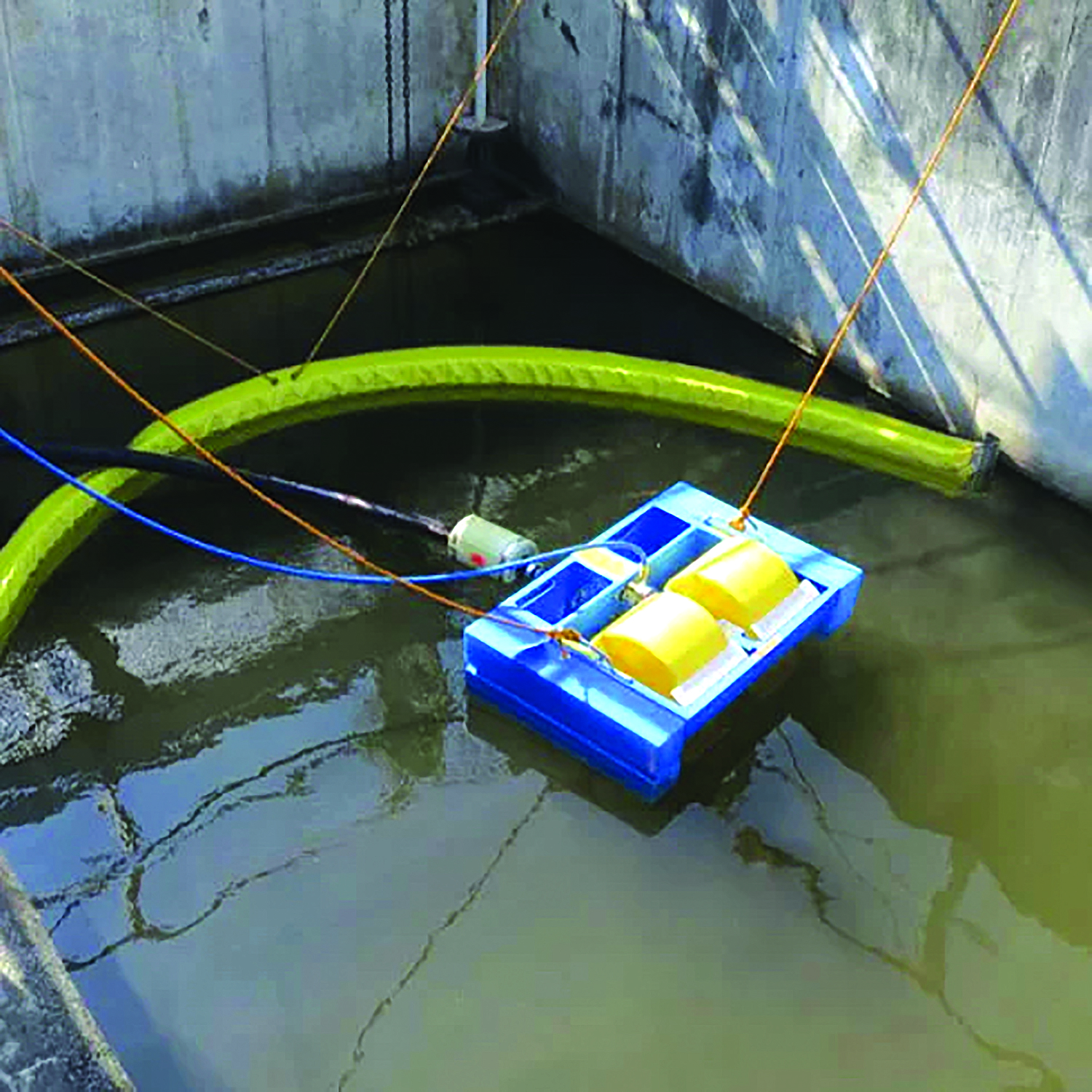 ProProcess’s relocatable drum skimmer can quickly and efficiently remove SX circuit surface organic when and where needed, without risk of fire or explosion, according to the company.

ProProcess Engineering, a South African company, claims an abundance of experience involving copper solvent extraction (SX) circuits, specifically for the African Copper Belt. It has developed a drum skimmer specifically for the purpose of recovering organic within an SX circuit.

The drum skimmer is designed with materials suitable for use in highly corrosive environments, such as electrolyte solutions. The drums are pneumatically driven, and the organic is extracted using an Atex-rated diaphragm pump. This combination allows the unit to be operated in electrically hazardous areas without the risk of fire or explosion.

According to the company, the skimmers require minimal operational input and are extremely robust. They are placed in a boomed-off area and activated simply by opening an air valve. Once the area has been depleted of surface organic, the skimmer can easily be relocated to another area or left in place until more organic has accumulated. The skimmers are claimed to be very efficient and can recover organic with only 2%–5% entrained aqueous solution at a recovery rate up to 4.5 m3/hr.

The cost of a skimmer can be completely recovered within the first 2 weeks of applying the unit, according to the company.

The company listed the principal benefits of the concept as:

• Emphasis on accessibility, with maximized maintainability and froth visibility from the optimal pipe and cable routing that keeps the top of the cells uncluttered.