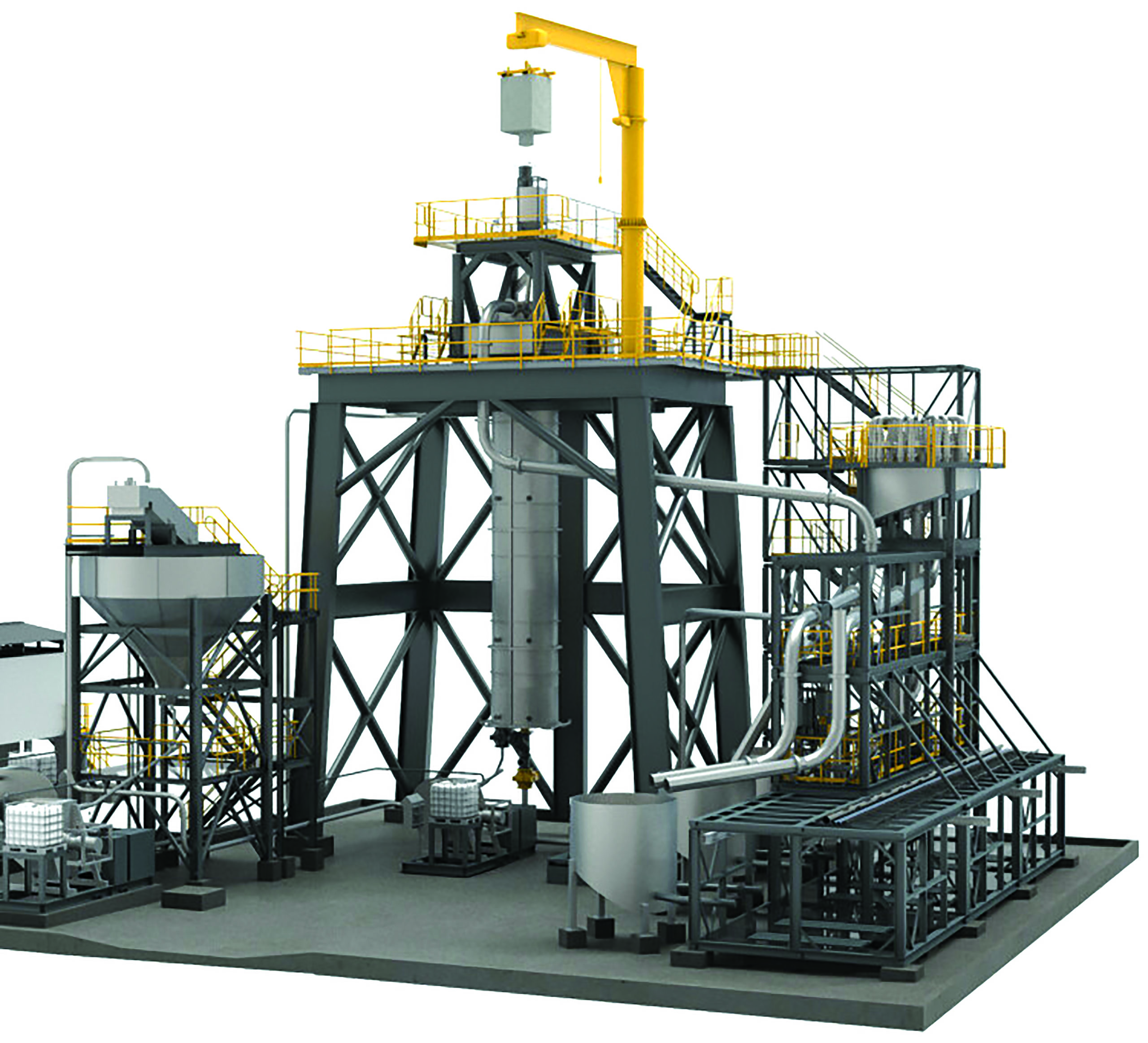 The company, now known as Metso Outotec after completion of the merger between the two Nordic process equipment manufacturers, said its HIGmill plant (HMP) consists of a vertical HIGmill unit and pre-engineered auxiliary equipment modules designed to reduce engineering, delivery, construction, and commissioning time and cost while still providing a safe solution with the flexibility to meet various process, layout, and regulatory requirements.

The HMP includes an Outotec PSI 500i particle size analyzer for continuous online process monitoring and feedback, while the HIGmill provides process flexibility by adjusting the speed to match the energy input for the required product particle size. This minimizes the risk of operational challenges and reduced recoveries resulting from variable process conditions, according to Outotec. Key benefits offered by the HMP are listed as:

• Space-efficient footprint with flexible modules that can be arranged according to plant layout;

The company also unveiled its MesoTHERM BIOX, noting that cyanide consumption with conventional bio-oxidation residues is typically higher than with residues produced through other oxidative technologies. The MesoTHERM BIOX process, based on Outotec’s mesophile BIOX process, is claimed to offer an easy, cost-effective upgrade path that can cut cyanide consumption by as much as 50% compared with conventional bio-oxidation.

Outotec said MesoTHERM BIOX also significantly reduces the formation of thiocyanate – a common and stable cyanide species traditionally formed as a further by-product. Solubilized species prevalent in the mesophile stage are decanted off in an inter-stage thickening step between the two oxidative processes, simplifying operation of the thermophile stage.

According to the company, upgrading to BIOX MesoTHERM is a relatively simple process that involves reconfiguring the circuit with the addition of Outotec’s High Rate Thickeners for inter-stage thickening and Outotec OKTOP Atmospheric Reactors for the thermophile step.

“Our conventional mesophile BIOX process has enabled the production of over 25 million ounces of gold to date. This novel process takes advantage of these proven technologies to help our customers achieve significant cost savings while also reducing their environmental footprint,” said Craig van Buuren, an Outotec senior process engineer.