Golden Predator Mining Corp. announced Michael “Mike” Maslowski started on December 2 as COO. He will lead the mine development team and is charged with advancing the Brewery Creek mine, located near Dawson City in Canada’s Yukon, through development toward planned operations. He previously served as COO of Golden Predator from 2011 to 2014. 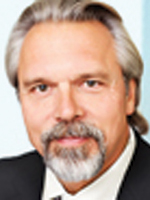