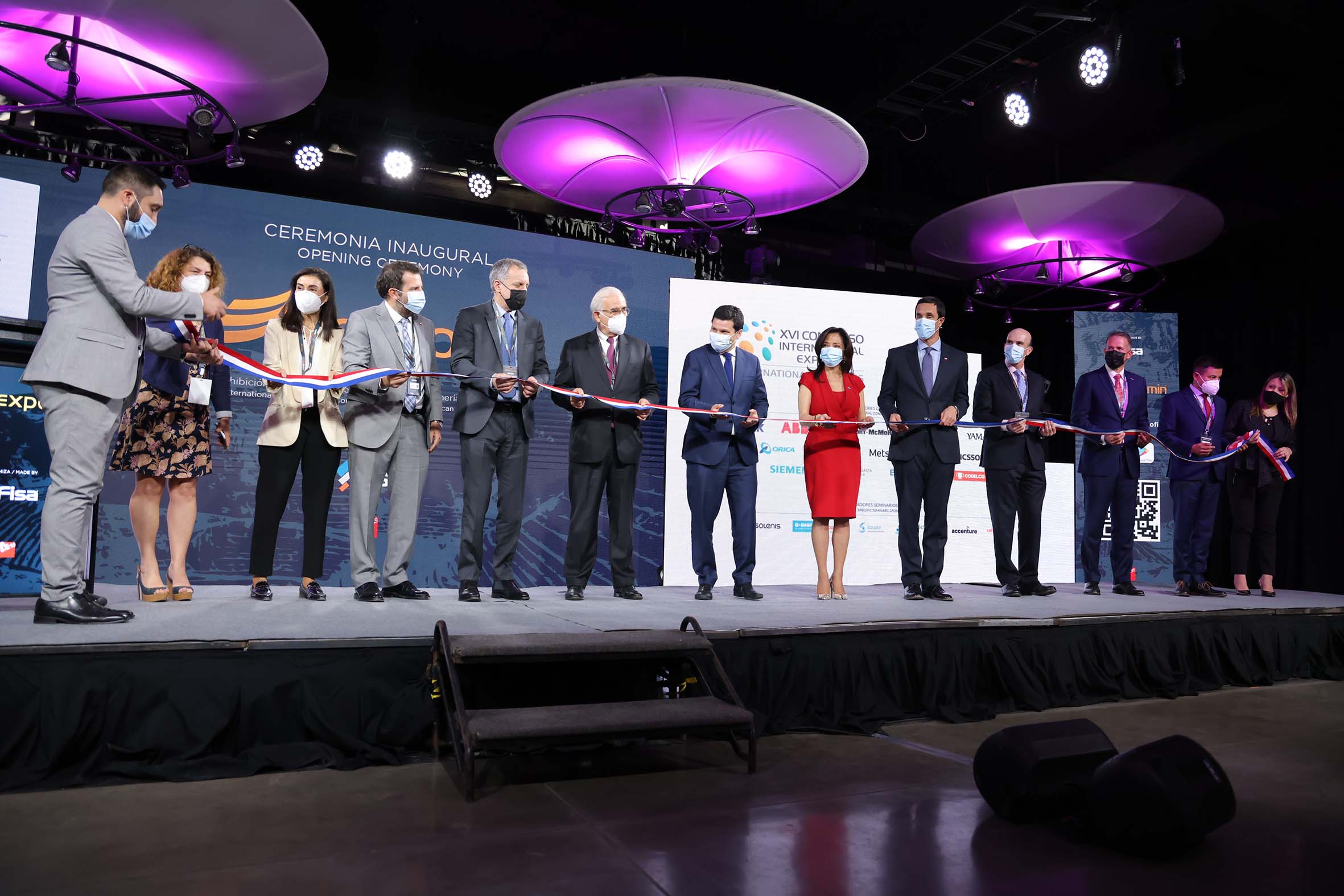 After a nearly two-year hiatus due to COVID-19 lockdowns, Expomin was once again held this week in a face-to-face format. The event, which claims to be Latin America’s largest mining trade show, promoted the economic reactivation of the country and highlighted the development of more sustainable mining. It also signaled the return of large industrial trade fairs and conferences in Chile, a significant destination for mining investment.

Chilean Minister of Mining and Energy Juan Carlos Jobet officially opened Expomin 2021. Also participating in the opening ceremony were Baldo Prokurica, Chile’s current minister for national defense (he also served as Chile’s minister of mining from 2018 to 2020); the executive director of Expomin, Francisco Sotomayor; the commander-in-chief of the Air Force, General Arturo Merino Núñez; the president of WIM Chile, Tamara Leves; the president of Sonami, Diego Hernández; the general manager of the Mining Council, Carlos Urenda; and the undersecretary of Mining, Edgar Blanco, among other dignitaries.

Minister Jobet explained that Chilean mining is essential for the world to transition to cleaner energies and thus curb climate change, pointing to the need to advance in the transition to renewable energies that will require the copper and lithium produced in Chile.

As one would expect, attendance was light compared to previous versions of Expomin, but the vibe was upbeat and there was a general sense of relief as conditions move more toward normalcy. Some international visitors were on hand, but attendance from the mining side was mostly domestic.