Top aluminum producer UC RUSAL has announced modernization at its largest production facilities, the Krasnoyarsk (KrAZ) and Bratsk (BrAZ) aluminum smelters, wheren 2.1 million capacity tons will switch to EcoSoederberg technology, out of 2.3 million now on Soederberg. The conversion will take place through 2020, according to company officials.

Commercial KrAZ operating technology has confirmed environmental and economic effectiveness of introducing the EcoSoederberg technology, said RUSAL. The use of EcoSoderberg allows carrying out cell retrofitting with less than $300 per ton of aluminum at capital cost.

The EcoSoederberg introduction is a unique with innovations including improvement of Soederberg cell design, said RUSAL. These include lining, gas evacuation systems and use of entirely new raw material, colloidal anode paste with a far lower amount of pitch — the main source of tar substance emissions.

The EcoSoederberg research and development program was officially launched in 2005 and investments in R&D through 2014 totalled $28.9 million; investments EcoSoderberg’s introduction between 2010 to 2020 are estimated at $122 million.

The improved gas evacuation system enhances cellular structure for substantial emissions reduction, according to UC RUSAL Technical Director Viktor Mann. “In terms of eco-efficiency, EcoSoederberg is close to the cleanest technologies used in the industry,” he said. In 2012, UC RUSAL represented 9% of global aluminum production; with 69,000 employees in 19 countries, the company markets and sells products in Europe, East Asia and North America. 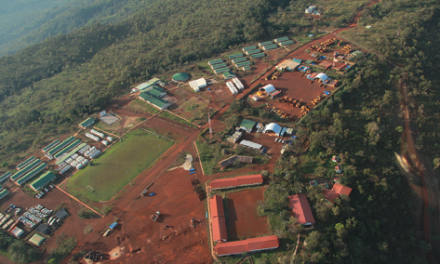