BHP Spinoff Will Be Known as South32

BHP Billiton’s new $16 billion spinoff will be called South32 upon its demerger by Q2 2015, according to officials. Most assets lie in the Southern Hemisphere with headquarters in Perth, Australia, and South Africa, linked by the 32nd parallel.

South32 CEO Graham Kerr said the company’s name is of major importance. “The naming is a major step,” he noted. “The places in which we operate are important as we move to a regional model and fit-for-purpose strategy.” The name, Kerr added, was suggested by an employee.

Komatsu to Acquire Joy Global for $3.7B 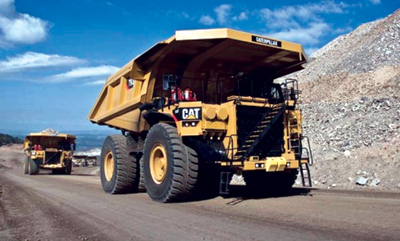 Scorpio Mining and US Silver & Gold Agree to Merge