Citing great uncertainty, announcements for increased exploration deductions and smaller capitalization rules through higher taxes, the Australian treasury department is under intense fire by the country’s mining industry association representatives. Under Canberra’s 2013-2014 budget the “change of exploration deductions and thin capitalization rules is of serious concern to the exploration and mining industry,” said Simon Bennison, CEO, Association of Mining and Exploration Companies (AMEC).

The Australian government said the move is to “protect the corporate tax base by closing loopholes exploited by a few businesses to avoid paying their fair share of tax.” But AMEC, according to Bennison, “intends to make sure that its members are not casualties of unintended consequences concerning the proposed changes,” following the announcement by Federal Treasurer Wayne Swan.

AMEC, Bennison added, is “disappointed” treasury officials chose a “default position” in a 15-year write-off for high-risk exploration rights. The new regulations, he noted, mean “only in the event exploration activities are considered unsuccessful that a balancing adjustment deduction can be claimed—a life of less than 15 years that a greater deduction can be claimed.”

“To consider a 15-year period is unrealistic and needs to be changed to reflect inherent risks associated with exploration,” Bennison said, adding that, despite resource discovery, factors like falling commodity prices and financial difficulties can often keep a company from developing a mine. “When this occurs, the level of write-off of acquisition costs will not be commensurate with the commercial outcome,” he said.

This is not the first time Australian miners have recently faced such a situation, noted Bennison. “The industry went through this process with the Business Tax working Group last year, and in its wisdom recommended the government take no action,” he said.

But AMEC, Bennison pledged, “will work closely with the government to explore alternative approaches and ensure much sought after investment in the exploration sector is not put at risk,” including through a Board of Taxation review on capitalization changes due to take effect in Q2 2014, as exploration deductions are now taking effect in Q2 2013. 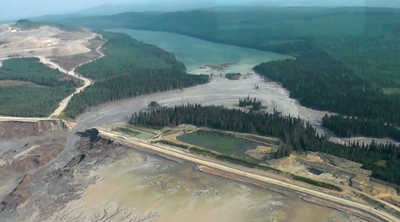