Agnico Eagle has reported positive drill results to the end of August from its 100% owned El Barqueño gold project in Jalisco state, west-central Mexico. From January to the end of August, 148 holes (35,646 m) were drilled at El Barqueño to define the limits of the Azteca-Zapoteca, Angostura, and Peña de Oro prospects and to explore for additional mineralized structures and extensions. As of September 21, 10 drill rigs were turning on the project.

Agnico Eagle plans to complete approximately 32,000 m of additional drilling at El Barqueño by the end of 2015, including drilling to test the Zapote-Mixteca prospect, which has been shown to be gold-bearing by recent rock sample and trench results. The project also hosts a number of other known mineralized zones and several prospects that require further evaluation.

Agnico Eagle expects its El Barqueño exploration expenditures to total about $22 million in 2015 and has plans to complete an initial inferred mineral resource estimate to open-pit mineable depths for the three main deposits by the end of the year. 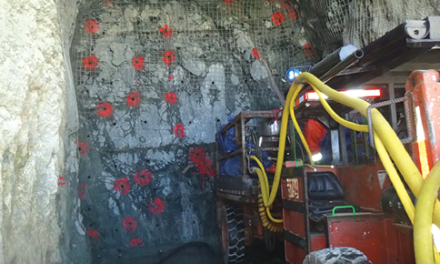