OZ Minerals agreed in mid-March 2011 to purchase the Carrapateena copper-gold project in South Australia from private investor Rudy Gomez (58%), Teck Australia (34%), and various minorities (8%). The purchase price was $250 million, with a $10-million deposit paid immediately and the remaining $240 million payable upon transfer of the asset. Further payments will be made on start of commercial production.

OZ Minerals managing director and CEO Terry Burgess said, “This is one of the largest undeveloped copper projects in Australia today. It is also a project which fits our stated parameters. It is copper-gold, in a very favorable jurisdiction, and has the potential to produce copper at between 50,000 and 150,000 mt/y for a significant mine life.”

The Carrapateena project is located on the eastern margin of the Gawler Craton, 250 km southwest of OZ Minerals’ Prominent Hill mine, and relatively close to the Adelaide-to-Darwin railway. Rudy Gomez discovered the deposit in 2005, and Teck acquired its interest and became manager of the project in the same year. 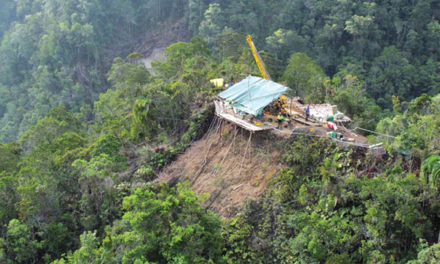