Heron Resources has reported the results of a preliminary economic assessment (PEA) of its 100%-owned and fully permitted Woodlawn zinc-copper project 220 km southwest of Sydney, New South Wales, Australia. The project is located on the site of the former Woodlawn mine, which operated from 1978 to 1998 and processed 13.8 million mt of ore from open-pit, underground, and satellite deposits at average grades of 9.1% zinc, 1.6% copper; 3.6% lead, 0.5g/mt gold, and 74g/mt silver.

The new Woodlawn PEA was prepared by SRK Consulting (Australasia), with contributions from GR Engineering Services, other consultants, and Heron employees. Heron plans to redevelop Woodlawn as a combined underground mine and tailings retreatment project, with feed processed through a single plant designed for co-treatment.

The processing rate is planned at 1.5 million mt/y through standard sequential flotation, with steady state (2020-2023) annual production targeted at 51,000 mt of zinc, 10,000 mt of copper, 16,000 mt of lead, 1.1 million oz of silver, and 8,700 oz of gold contained in zinc, lead, and copper concentrates. The project benefits from a mining lease that has recently been renewed for a further 15 years and major project approvals that allow for mining operations until December 31, 2034.

The underground starter case is focused on the shallower areas of the deposit, reflecting the success of recent drilling.

Heron has initiated a feasibility study of the Woodlawn project, with a goal of completing the study by 2016. An initial step in the study is a further drilling program of 18,000 to 19,000 m that will include required resource in-fill drilling as well as the testing of high-priority exploration targets.

The in-fill drilling is designed to lift the resource classification to permit calculation of a mineral reserve as part of the feasibility study. The high-priority exploration targets include locations previously generated from downhole EM surveys, unexplained high-grade intercepts, and interpreted structural positions, all of which hold potential for discovery of new massive sulphide lenses. 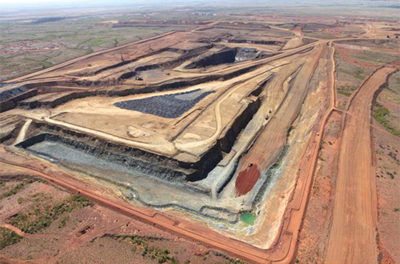