By Vladislav Vorotnikov
By 2030, Russia plans to ramp up rare earth minerals production nearly tenfold, not only to meet the domestic demand but also to become the world’s second-biggest rare earth minerals exporter, the Russian Industry and Trade Ministry recently announced.

The Russian government has detailed a roadmap of rare earth minerals production, Alexey Besprozvannikh, deputy industry and trade minister, told Reuters. In total, 11 new projects should be launched in the industry during the coming decade, with the overall investment value up to Rub110 billion ($1.6 billion), he said.

Russian known reserves amount to 26.9 million metric tons (mt), which makes nearly 10% of the world’s rare earth minerals reserves. The actual figure could be way bigger since vast territories in Siberia remain underexplored and may contain deposits yet to be found. In 2019, the Russian state geological agency discovered 40 new mineral deposits in the country, of which a few were classified as rare earth mineral deposits.

The Russian Parliament has given strong incentives to the rare earth minerals industry development by cutting tax on mineral resources extraction from 8% to 4.8% starting from January 2020. The taxation of all new projects will qualify for a decreasing coefficient of 0.1% per year for 10 years since their launch, which should attract investors.

Under the state support program, investors are also eligible for soft loans with the subsidized interest rate under new projects in the rare earth mining industry. All in all, state support measures should push the Russian rare earth minerals production from 2,000 metric tons (mt) in 2019 to 17,000 mt or 20,000 mt, estimated Eugene Kiselev, director of the Russian state geological agency.
The upcoming projects will mostly focus on the global market, he added. The domestic demand for rare earth minerals remains relatively weak, which has been constraining the growth in production for several years, he said. The Industry and Trade Ministry anticipated an increase in demand on the domestic market thanks to the development of the domestic high-tech industry, according to Besprozvannikh.

On July 15, the national association of rare earth producers and consumers was established in Russia. So far, it involves six companies, each of which have projects in the area of rare earth mineral production at various stages of implementation.

Russia needs to produce rare earth minerals because tomorrow nobody would sell them to the country, Maxim Macharchyuk, general director of Neftechimmash, told the Russian press a few years ago. Amid the ongoing sanctions war between Russia and several Western countries, some Russian companies faced problems with purchasing raw materials, he warned.

In Russia, rare earth minerals are used in the nuclear industry and defense industry, including producing nuclear missiles and tanks, Macharchyuk said.

The changing geopolitical situation should push Russia to avoid import dependence on rare earth minerals, said Alexander Kulikov, general director of the National Association of Strategic Materials Consumers. This step would be a logical response to the external challenges Russia is facing, he added.

As a first step, the Russian government could have resurrected the old projects abandoned with the fall of the Soviet Union, establishing a rare earth minerals cluster based on the Zabaikalsky Mining and Metallurgical Plant, and resume some joint projects with Kazakhstan, Kulikov said.

So far, there is no information on what projects have been included in the roadmap of rare earth minerals production, but some projects are already being developed.
In 2013, Russian state-owned corporation Rostec struck a US$1 billion deal in 2013 to develop Tomtorskoye in a venture with Polymetal International. Despite several delays, the complex should be launched in 2022. The contained reserves are close to 19 million mt, which makes Tomtorskoye one of the world’s biggest rare earth mineral deposits.

The Tomtorskoye deposit is deemed to contain in terms of oxides more than 5% niobium, more than 7% rare earth minerals, around 5% titanium, and more than 1% vanadium. Russian geologists believe this factor places Tomtorskoye among the top 10 rare earth mineral deposits in the world. At full designed production performance, Rostec plans to produce 16,000 mt of rare earth oxide per year (mt/y) from the deposit as well as 14,000 mt of ferroniobium. However, the actual reserves of the Tomtorskoye deposit remain unknown. According to Nikolai Pokhilenko, geologist of the Russian Academy of Science, only 40 km2, or 15% of the deposit’s total territory, have been actually studied.

The second most promising rare-earth project is being developed by ZAO Technoinvest Alliance, partially owned by steel pipe maker ChelPipe PJSC. The goal is to extract tantalum and niobium and oxides of rare earth metals from the Zashikhinskoye deposit in the Irkutsk region. The project aims to process 1 million mt of ore per year.

In January 2020, the regional government said plant opening was delayed to 2023. Russian fertilizers producer Uralchem has recently inked an agreement with Moscow-based SkyGrad Innovations to produce rare earth concentrates from waste dumps of phosphogypsum. SkyGrad plans to establish a processing plant near Uralchem dumps on the outskirts of the city of Voskresensk, in Moscow Oblast, with a designed production performance of about 100,000 mt. If all goes well, the investors plan to ramp up this figure to 700,000 mt. The first stage of the project was slated to be implemented by the end of 2020. 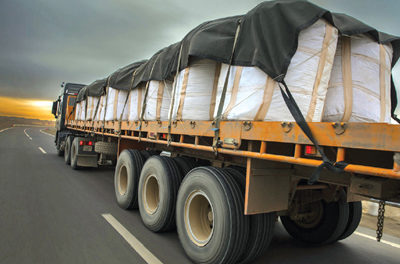