China’s rare earth industry established an industry association on April 8 with the aim of spurring healthy development in the sector, Xinhau News Agency reported. The association has 155 members, including Aluminum Corporation of China and China Minmetals, and was formed to promote sustainable and sound development in the sector, Su Bo, vice minister of Industry and Information Technology said.

The association also will provide support and services for relevant departments and local governments, help maintain order in the sector, facilitate exchange and cooperation between enterprises to spur innovation, and coordinate efforts to cope with international trade frictions and disputes.

China has announced production caps, stricter environmental standards, and an export quota system for rare earth metals in recent years. These moves have triggered protests from several countries who claim that China is using the rare earths, which are used to manufacture an array of high-tech goods, as a political bargaining chip.

Asked about the recurring frictions, Gan said the new association will help deepen international communications and “properly” handle the trade disputes according to international standards and World Trade Organization rules. China supplies more than 90% of rare earth products on the global market, but its reserves only account for about one-third of the world’s total.

“Many countries in the world have rare earth reserves. You cannot rely on China alone to provide all the supplies,” Gan said. 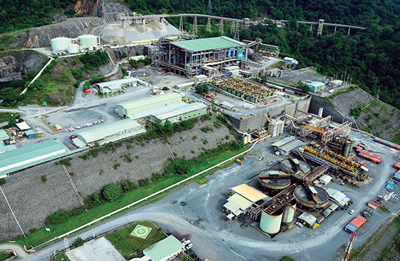 Oxus in Dispute over Amantaytau in Uzbekistan