With high pressure grinding rolls firmly established on the mineral processing map, advocates of this technology are looking to optimize its benefits

Having revolutionized first cement grinding, then diamond recovery from kimberlite and later iron ore concentrate and pellet feed filter cake treatment, high pressure grinding roll (HPGR) technology has now proved successful in non-ferrous metal applications.  By mid-2008, 35 HPGR units had been installed at diamond mines since 1986, some 42 had been deployed at iron-ore processing operations since 1995 and 35 had been delivered to hard-rock mining companies, mostly since 2004, according to Rene Klymowsky and colleagues.1
As well as the growing number of installations the support infrastructure for HPGR application and operation has been developing, with more testing facilities, independent R&D programs and manufacturer-supported service operations (for example, Polysius directly and Köppern via IMS Engineering, both in South Africa). And, at the Procemin 2009 Seminar in Santiago this December, six presentations will examine progress to date and directions for further advance.
The acceptance of HPGR technology by major and junior hard-rock mining companies results from several advantageous features, including: better energy efficiency, steady high rate throughputs, low dust and noise production, compact design requiring relatively little space and low installation costs, lower operating costs, more rapid progression from start-up to full capacity (reportedly 14% less than for an equivalent SAG mill1), and simple push-button control. In addition, some of the downside of early machines has been minimized by ongoing development, in particular wear material rates and costs. Operators add that circuit operation is easy and the fine product has advantages in subsequent ball milling.
From a supplier’s point of view, the fact that industrial-scale data has been shown to confirm pilot plant results is a considerable help. This ability to predict results, plus favorable comment from respected users, has made risk assessment easier in customers’ evaluation of comminution process options. The commissioning and operation of four HPGRs at the Cerro Verde mine in Peru during 2006 was significant in this context. Successful operation and a program of product sampling demonstrated the effectiveness of the HPGR in this major copper-gold process plant and helped suppliers to overcome the “unproven technology” barrier.

Looking Forward
At the Procemin seminar held in 2008, Klymowsky and colleagues1 predicted  four possible developments in HPGR applications: larger HPGRs, further improvements in wear protection, using HPGR for more of the comminution workload, and application of the technology in hydrometallurgical process flowsheets.
An extension of the Polycom size range could, for example, use a size 9 frame with 2.6 x 1.75-m rolls, a press force of 20,000 kN and 2 x 3,300-kW motors for a throughput of 3,000 mt/h.  Methods to allow additional use of HPGR in a comminution circuit include using both a tertiary and a quaternary HPGR ahead of the ball milling stage, using one HPGR with both dry- and wet-screening before ball milling, or HPGR plus dry/wet classification to produce a 125-micron finished product.
The authors commented that the HPGR in quaternary mode is a powerful tool for capacity increase and that efficient classification is the key for further energy savings. However, tertiary plus quaternary HPGR use is less efficient than fine screening at the tertiary stage, while the limits on fine wet screening have yet to be determined. Assessing ore properties thoroughly before final flowsheet selection is essential.
The paper mentioned an estimate—included in a presentation by John Marsden at the SME Hydrometallurgy 2008 conference—that using HPGR to prepare low-grade ore for heap leaching is estimated to achieve an overall energy saving of 13% compared with SAG milling, of which >50% is the energy equivalent reduction in steel wear and the remainder is lower electric power consumption.  (HPGR’s potential for low grade gold ore heap leaching operations was also addressed by Brian McNab in a paper presented to the IIR Comminution Conference in Australia during 2006.3)
This year’s seminar, to be held in Santiago, Chile, from December 2–4, includes six HPGR papers in a single session.
Chris Morley, with Ausenco Minerals, will discuss HPGR Flowsheets—The Next Generation, examining the practicalities of simplifying the design of HPGR-based circuits by adopting open-circuit operation for the secondary and/or tertiary crushing stages.
Addressing the question How Have HPGRS Fared in the Current Financial Crisis? Rene Klymowsky and his Polysius colleagues will suggest that financial and commodity demand problems have slowed the use of HPGRs but have not dampened interest in the technology.
KHD Humboldt Wedag, with Cia Minera Huasco and Negroni, will discuss Success and Reliability of HPGR Crushing at Compañia Huasco in Chile. And in a presentation titled HPGR—The Journey Over the Rockies Newmont’s Robert Dunne will review the application of HPGRs with the latest design features, wear materials and wear components at projects such as Newmont’s Boddington.

From Revolution to Reformation?
Meanwhile, in an interesting commentary for the South African Institute of Mining and Metallurgy, R.E. Robinson applied Thomas Jefferson’s view that a revolution must lead to reformation to the current scientific environment, arguing that it implies a lead into new fundamental advances and new freedom in creative thinking. He hoped that HPGR development will stimulate new thinking in mineral dressing and extractive metallurgy, and not the least in gold and platinum processing, and especially in the processing of the UG2 reefs of the Bushveld Igneous Complex.
The advantages offered by HPGR could well be termed a revolution leading to a reformation in mineral processing concepts. Can we afford not to pursue such possibilities and do we have the organizations with the “mission” and the expert manpower to lead the reformation, Robinson asked. 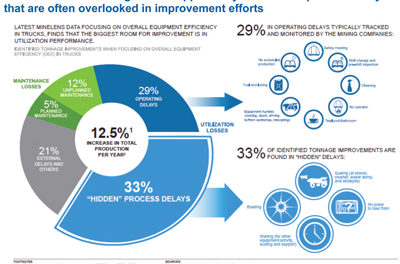 A New Approach to Truck-shovel Mining 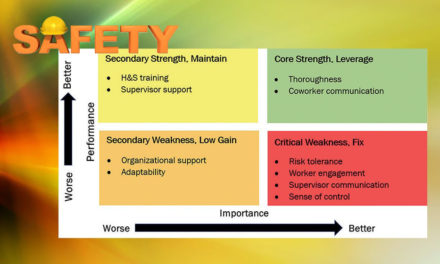 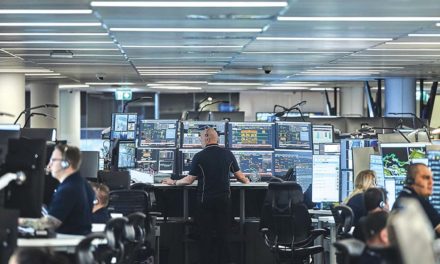 AI in Mining: Advancing at the Speed of Data