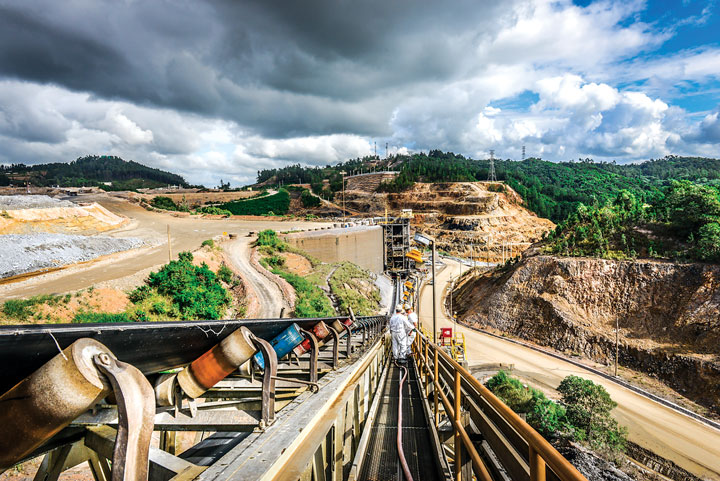 Formerly known as the Rosario mine, Barrick Gold Corp. and Goldcorp jointly procured the property and formed PVDC in 2006.

The word “downtime” in any industry is a veritable curse word. Unscheduled work stoppage is particularly troublesome for a system that depends on the efficiency of its conveyors and can add to pressure from investors who know the company is—in the most literal sense—sitting on a gold mine.

“We lost nearly $250,000 in revenue due to clogged pulleys and headers from abrasive dust and belt fouling in the first year,” said Ed Power, general process maintenance superintendent at PVDC. “We decided to invite a team of experts from Martin Engineering to assess the problem.”

The four-person team came to the conclusion that site construction planners had not anticipated the consequences of clay and sulphur in the soil on the new equipment.

PVDC, formerly known as the Rosario mine, had drawn environmental concerns from local residents for several years between its initial opening in 1975 and closing in 1999. In 2006, Canadian companies Barrick Gold and Goldcorp jointly procured the property from the Dominican government and formed PVDC, amounting to the largest single foreign investment in the history of the Dominican Republic. What began with a $2.6 billion estimate to resurrect the operation ended with $3.7 billion in construction and environmental remediation costs, but site surveys showed it remained a solid investment. 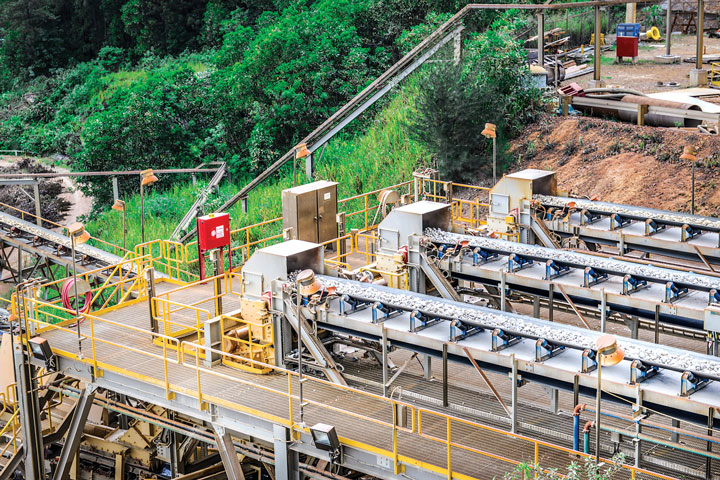 The original conveyor belt cleaners could not manage the overburden, resulting in carryback that caused equipment failures and downtime.

COHESION AND ADHESION
“This is not a deep mine operation. Rather, the ore and rock is quarried,” said Alfonso Granata, general manager of PeGran, the local dealer and service agent for Martin Engineering products. “This particular bulk material offers a unique challenge as it moves through the system.”

The carryback on discharge conveyors caused the whole system to suffer excessive downtime. According to Mike Lenart, mechanical general supervisor for PVDC, “The substance had the consistency of thick toothpaste, which was also able to adhere small chunks of aggregate to the belt, causing a destructive carryback that wreaked havoc on our pulleys and headers. It was a mess.”

The clay and sulphur in the soil at the PVDC site work in tandem:

Solutions
The original primary and secondary belt cleaners and dust suppression systems were not adequately addressing the overburden. “Our search for a solution included Martin Engineering, due to their reputation in the industry,” said Power. “We wanted to quality test all of our options, so we also included the original equipment manufacturer and a third supplier. From the moment the Martin team arrived at the site, they really embraced the problem and took the lead.”

Martin Engineering representatives created a full site report, complete with assessments and equipment recommendations. Along with the report, the team added a presentation containing a budget and timeline to help site managers explain the issues, needs and solutions to company executives.

Once the corporate office gave the greenlight, technicians from each competitor attached belt cleaners to three of the site’s main discharge points. Martin Engineering equipment was installed on the large discharge belt that presented the most carryback. “The superior product was immediately apparent once the quality testing phase started,” Lenart said. “Though testing lasted for weeks, the Martin product was more effective, hands down.”

Barrick accepted most of the team’s recommendations, and installation took just two weeks. Martin Engineering replaced the existing belt cleaners with QC1 Cleaner XHD primary belt cleaners at 16 discharge points. These extra heavy-duty units are able to handle speeds of up to 1,200 f/min (6.09 m/sec) on belts as wide as 96 in. (2.438 m) and pulley diameters of more than 30 in. (762 mm). Installers fitted them with low-adhesion urethane blades specifically designed for sticky and tacky material. Able to withstand temperatures from -20° to 160°F (-30° to 70°C) with up to 12 in. (305 mm) of wear life, the blades endure high summer temperatures and constant production schedules with more time between replacements.

“The curved scraper is designed in sections, adjusted individually to conform to the belt, assuring continuous contact across the belt profile,” said Granata. “Martin manufactures different cleaning blades, which specifically address the chemical makeup of almost all types of conveyed bulk materials.” 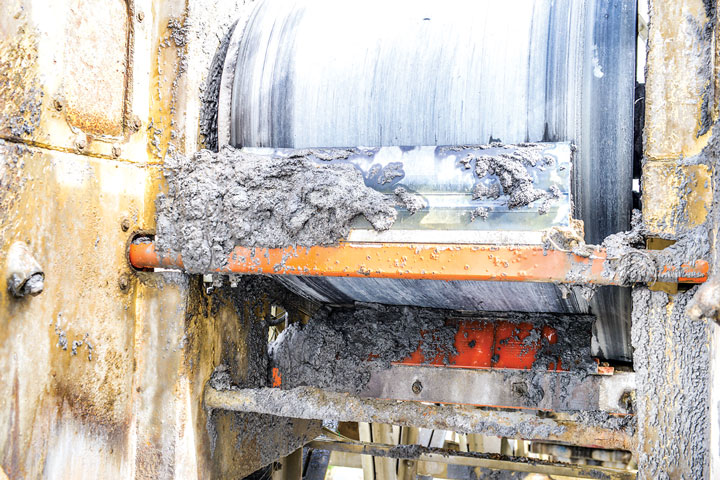 The carryback had the consistency of toothpaste, adhering chunks of aggregate to the belt and causing damage to pulleys and headers.

TRAINING
“We were also impressed by the warranty on the equipment,” said Power. “And to make sure we had the proper maintenance to comply with the terms, Martin Engineering trained a team of local people to recognize potential problems throughout the entire conveyor system and either fix the issues or offer recommendations.”

Martin Engineering began its education program in 1991. The company has set the industry standard with Foundations, a reference book and training series now in its fourth edition. Thousands of personnel have been trained in numerous languages on basic operations, safety, maintenance, online education and advanced engineering.

Both PeGran employees and select PVDC employees were also trained by Martin Engineering on its Walk the Belt program, which takes a holistic view of the entire conveyor system. “This assures people both inside and outside of PVDC have the expertise necessary to achieve high operating standards, keeping the conveyor system running at maximum productivity, as well as recognizing potential hazards,” Granata pointed out. “We’re out there every two to three weeks doing inspections. We provide a detailed report on the state of the equipment and recommendations on how their trained internal team can safely perform maintenance.”

“Their focus on workplace safety was important to us,” Lenart added. “Even the equipment design has extra elements built in that help protect operators and maintenance staff.”

RESUMING OPERATIONS
Operations are now more predictable and consistent, which is important to company profit forecasting. This has made executives and stakeholders more confident in the sustained operation of the mine, which is forecast to yield profit for the next 25 years.

“Ongoing follow up from Martin Engineering has been an important part of keeping the whole system running smoothly,” Power concluded. “They are just as committed to protecting our investment as we are, which means our conveyor carryback issues are all but gone.” 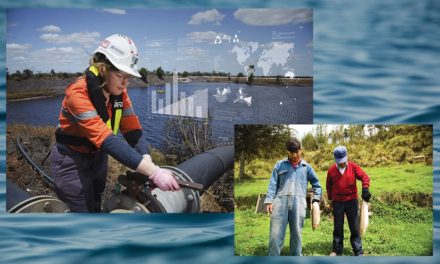 Water in Mining: Every Drop Counts