According to Dr. Graeme Nicoll, head of the minerals exploration group at the U.K.-based earth-science research company, Neftex, as the number and quality of new mineral deposit discoveries continue to decline, miners are being forced deeper into the subsurface realm to access mineral wealth. This, he said, then exposes the sector to greater risk and financial uncertainty.

While the tools and technology for accessing and exploiting subsurface deposits are advancing, Dr. Nicoll explained, identifying the right location to explore is increasingly becoming more of a challenge. New tools are therefore required that will identify subsurface or “blind” deposits, and offer a predictive model to increase discovery and exploration efficiency.

Since its inception, plate tectonics has underpinned concepts that explain the global distribution of economic minerals and inform where new deposits are likely to be found. Detailed and large scale “earth models”, built around plate-tectonic ideas, have traditionally been pioneered by the oil industry to better understand the temporal and spatial distribution of source, reservoir and seal rocks. These models involve gathering both surface and subsurface data (geological maps, satellite images, geological interpretations, geophysics, well logs and so on) and combining them, in one digital platform, into four-dimensional models (3-D plus time).

Transferring the Concept to Minerals
From its headquarters near Oxford in England, Neftex is at the forefront of developing an integrated earth model (Figure 1). The company specializes in the collation, integration and interpretation of large geoscience datasets, and in delivering these as digital subsurface models. These products and services provide a comprehensive picture of subsurface geology, thereby helping to reduce risk and increase value across many sectors, including mining, petroleum and finance.

Neftex has developed and delineated a global array of Geodynamic Units (GDUs)—individual pieces of the Earth’s crust that record unique geological histories. Building on a previous plate-tectonic research program at the Université de Lausanne in Switzerland, the model is constantly undergoing refinement, Dr. Nicoll said. An example is the recent addition of more than 2,000 oceanic crust segments, the definition of intra-cratonic boundaries for crustal assembly back to 2.5 billion years, and the identification of zones of attenuated continental crust.

The Neftex Geodynamic Earth Model is a sophisticated global plate model that currently allows reconstruction of any form of spatial data between the present day and 595 million years ago. The model is internally consistent and is supported by the company’s unique understanding of global stratigraphy and tectonics.

Modeling Geological History
The earth model provides the ability to track and delineate major collisional events, subducted margins, major volcanic-arc activity, large igneous intrusive events and the Phanerozoic redistribution of mineral-rich Archean terranes. As the earth model is global, it is possible to relate mineralizing activity in one region and directly compare it with another. This, Dr. Nicoll explained, adds greater insight to the process, and allows for detailed examination of magmatic and tectonic events across a region throughout geological time.

Within the earth model, Neftex has developed a geologically focused minerals database aimed at confronting exploration demands. So far, some 3,500 deposits (porphyry copper-gold, epithermal and orogenic gold and volcanogenic massive sulphides) are incorporated, with data confirming accurate locations, precise mineralization ages, bibliographic information and an interpretation within a global geodynamic framework that allows for greater insight into the spatial, temporal and geological contexts of ore deposits.

The range of mineral deposit ages contained within this database is shown in Figure 2. The peaks represent the number of mineral occurrences recorded against time with specific clusters at around 35, 70, 350, 490, 1,800 and 2,700 Ma. The ability to geodynamically reconstruct and better understand these important Phanerozoic mineralization periods, and in the future the Precambrian, will no doubt lead to new formation models and will greatly assist mineral exploration, Dr. Nicoll believes.

The validation of any model relies on its ability to identify known mineralization and to predict targets defined by the established criteria. For example, an exploration model reconstructing the Upper Devonian of Eurasia (Figure 3) shows the Siberian and Laurentian-Baltica cratons separated by the Uralian (Urals) Ocean. Regions of volcanic arc magmatism associated with subduction of the oceanic plate are shown in yellow (representing a belt 80 to 250 km inboard of the subduction trench).

This belt represents areas that have a higher chance of developing styles of subduction-related mineralization such as porphyry copper, epithermal gold and potentially even back-arc basin volcanogenic massive sulphides. Also shown are the predicted former positions of mid-oceanic ridges (thin red lines), with the areas where these are subducted being highlighted in solid black. These intersections potentially represent excellent targets for areas of mineral enrichment.

The ability to understand the detailed construction of mineral belts in their palaeo-geographic context throughout geological time can highlight areas that are forming along trends to known mineral deposits, and therefore also high-grade areas with a higher exploration potential, and can reduce geological and financial risks.

Dr. Nicoll pointed out that the earth model is dynamic, in that the geology at any one location will change over time due to plate tectonics. For example, if all Phanerozoic volcanic arcs are palaeo-geographically delineated and reconstructed to their present-day locations, then some of them (from different geological time periods) will overlap in areas where subduction was prolonged, or where subduction-related magmatism repeatedly affected the same area of continental crust. Such areas are likely to have been prone to significant fluid flow and mineral enrichment, enhancing the potential for large-scale mineral deposits, he said.

According to Neftex, the results of this work, mapping out volcanic arcs through time, shows a remarkable agreement with around 85% of the known Phanerozoic porphyry copper, epithermal gold and volcanogenic massive sulphide deposits worldwide, thereby providing a predictive framework and global road map for future exploration.

In addition to the obvious use of such models directly in the mineral exploration sector, derivative products could also be of use to the financial sector to help guide, understand and mitigate geological risk, the company suggests. 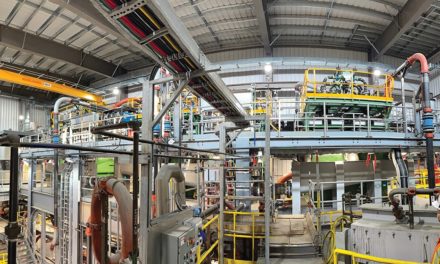 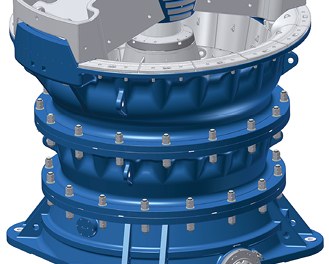 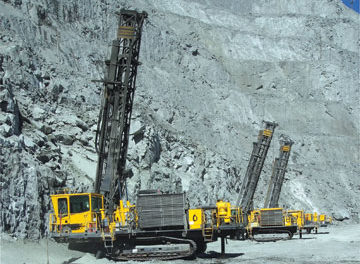 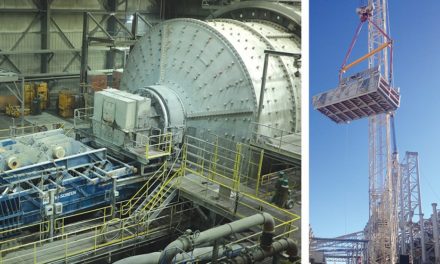