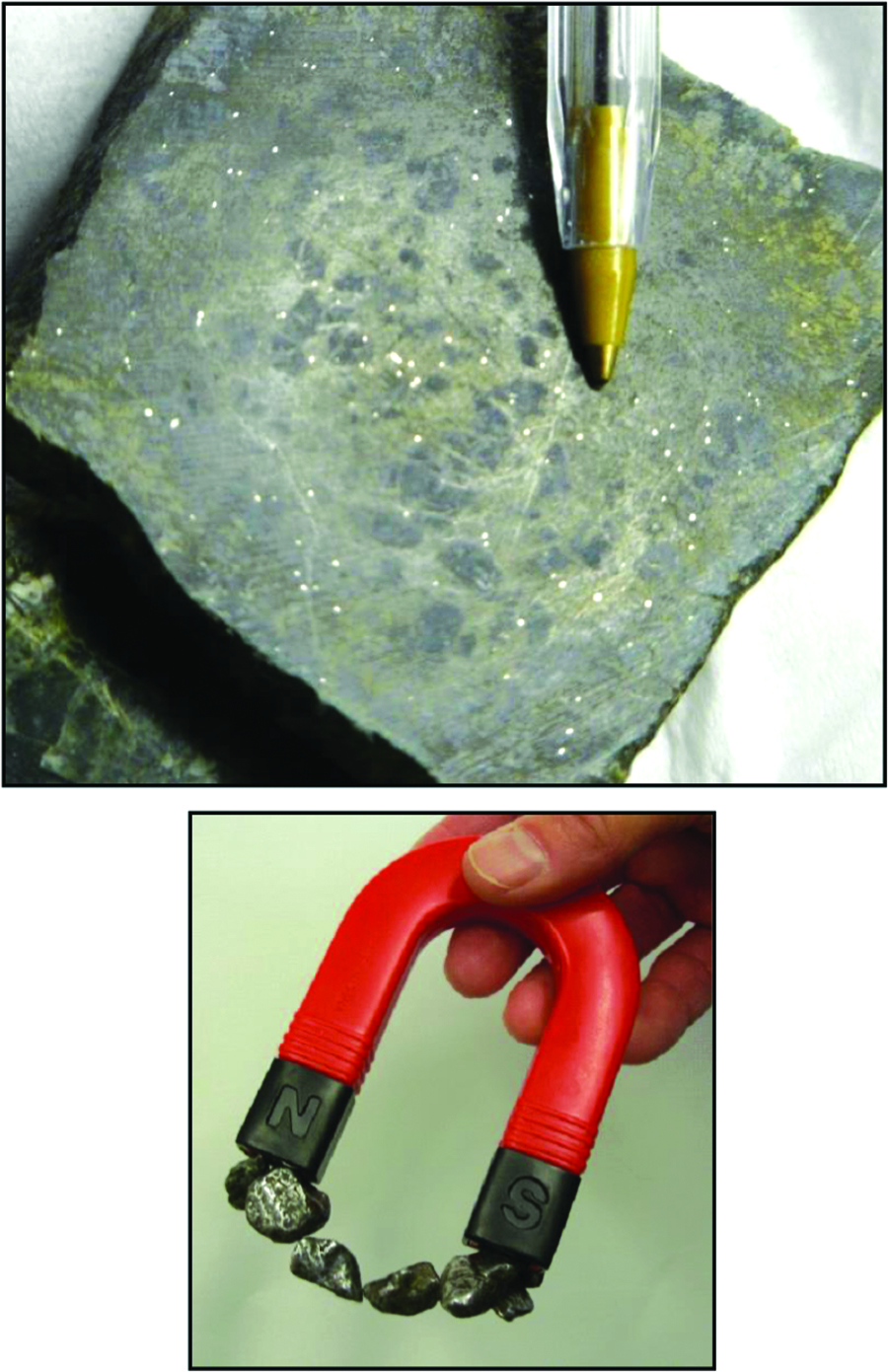 At FPX Nickel’s Baptiste deposit northwest of Fort St. James in central British Columbia, Canada, mineralized material is in the form of awaruite, a naturally occurring nickel-iron alloy that is very dense and highly magnetic.

FPX Nickel Corp. announced recently that results of initial field tests indicate the potential for significant direct air carbon capture in tailings at its Baptiste project in central British Columbia, an open-pit operation estimated by the company to cost approximately $2.8 billion including both preproduction and sustaining capital. The company, headquartered in Vancouver, British Columbia, Canada, said field tests conducted by researchers from the University of British Columbia demonstrated the project’s tailings can sequester significant quantities of CO2 when exposed to air through a natural process of mineral carbonation.

The test program, which took place at a site approximating climactic conditions of an eventual operation in British Columbia’s Decar Nickel District, reportedly builds on more than a decade of research on technologies that maximize the reaction between CO2 and brucite (mineral form of magnesium hydroxide) present in the Baptiste mine tailings. In a natural process called carbon mineralization, CO2 reacts with brucite in the tailings, binding the CO2 in a benign, solid magnesium carbonate.

The test work took place from August 5-29, 2020, on a representative Baptiste mineralized composite of approximately 300 kilograms (kg) comprising core sample reject material crushed to 50-360 µm, consistent with the tailings size anticipated during mine operation. Chemical analysis of the core material indicated 1-2 wt% content of brucite, a range consistent with the average brucite content of the Baptiste deposit.

The tailings sample was divided into splits of 37 kg loaded to a depth of 12 cm into eight cells in two large containers, with local water added to achieve a moisture content of approximately 15 wt%. One container was exposed to local weather conditions (including precipitation and solar radiation), while the second was placed under a shade tent to control the water content of the tailings, which was maintained approximately constant by the manual addition of water from time to time.

Two physical manipulations, churning and aeration, were each applied to four of the eight cells, with the four remaining cells left undisturbed as controls. In the churned cells, the tailings were manually overturned once per day to a depth of 12 cm. In the aerated cells, narrow holes with a diameter of 1 cm were bored on a 5-cm grid from the surface to the bottom of the cell to encourage a greater exposure of air to the crushed material.

Two methodologies were employed to confirm the amount of carbon sequestered during the test program. In the field, CO2 fluxes were quantified using a dynamic closed system CO2 flux chamber, which measures the concentration of CO2 in the headspace above the tailings. These measurements were taken on a regular basis throughout the test period. A decrease in headspace CO2 concentration measures the influx of CO2 into the tailings. Core samples collected at the end of the experiment were submitted for analysis of total inorganic carbon (TIC) together with blind standards. Comparison of total captured CO2 showed good agreement between the flux and TIC measurement methodologies and provided greater assurance regarding the measured rate of carbon capture, according to the company.

In the cells churned to a depth of 12 cm once per day, carbon absorption measurements demonstrated capture of 2 g of CO2 for each kilogram of crushed Baptiste tailings in the cell over the course of the 24-day trial period in August, and with no deposition of new tailings on top. Based on this amount of carbon sequestration, it is estimated that only 15%-30% of the brucite reacted with CO2, leaving 70%-85% of the brucite available for reaction.

In the control and aerated cells, an average of 1 g of CO2 was captured for each kilogram of crushed Baptiste tailings in the cells over the course of the field trial, representing approximately 50% of the sequestration rate observed in the churned cells. The aeration techniques employed during the field trial showed negligible benefit on the rates of carbon sequestration as compared to the control samples.

The company said rates of carbon capture in the churned cells exceed the rates achieved in undisturbed tailings during previous laboratory-based testing, as documented in a study published in the International Journal of Greenhouse Gas Control (“Prospects for CO2 mineralization and enhanced weathering of ultramafic mine tailings from the Baptiste nickel deposit in British Columbia, Canada,” Power et al., 2020).

According to FPX Nickel, consistent with previous lab testing, these field test results confirm that the principal rate-limiting factor for the Baptiste tailings on the amount of carbon sequestration is the delivery of CO2 to the brucite contained in the tailings. Further work on a larger sample is being planned to investigate engineering options to increase the rate and duration of contact between air and the surface area of the tailings to achieve a greater rate of sequestration.

Martin Turenne, FPX Nickel’s president and CEO, said the company will continue to advance its understanding of the project’s carbon sequestration potential, with further results of the 2020 test program anticipated in the second quarter of 2021 and a new, larger field trial planned for later in the year.

The processing flowsheet developed for the project’s Preliminary Economic Assessment is based on conventional grinding, magnetic separation and flotation processes to produce a concentrate grading 63% nickel and 1% cobalt. The PEA flowsheet also produces a magnetite-rich tailings stream, which the company said has the potential to be sold or further valorized as a saleable iron ore product. 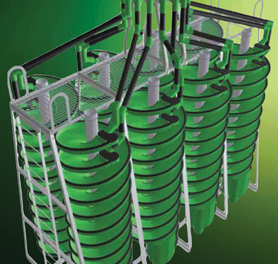