Royal Nickel Corp. (RNC) reported in late March that Tsingshan Holding Group, a party with whom RNC entered a strategic alliance in March 2013, is currently constructing the world’s first integrated nickel pig iron (NPI) plant to utilize nickel sulphide concentrate as part of the stainless steel production process. The plant is expected to begin operation within this year.

The Dumont project is RNC’s principal asset, located in the Abitibi mining camp some 25 km northwest of Amos, Quebec, Canada.

Mark Selby, RNC interim president and CEO, said, “The Tsingshan plant in China is an industry first and a positive development for projects such as Dumont. This process represents a new source of demand for nickel sulphide concentrate notably at a time when many NPI and ferronickel producers face feed shortages as a result of Indonesia’s recently implemented nickel ore export ban. We view Tsingshan’s investment in this pioneering process as a significant and positive development for the nickel sector, and for Royal Nickel.”

RNC also noted that although a formal memorandum of understanding between RNC and Tsingshan expired on December 31, 2013, the two companies are in discussions with respect to securing additional sources of near-term feed for use in Tsingshan’s new processing facilities, and the potential for Tsingshan to participate in RNC’s Dumont project through a concentrate offtake proposal. 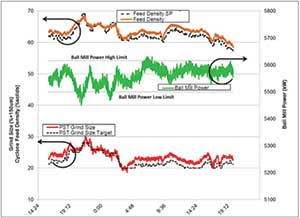