Seabridge Gold reported the results of an updated, NI 43-101-compliant preliminary feasibility study (PFS) for its 100%-owned KSM (Kerr-Sulphurets-Mitchell) project in northern British Columbia in mid-May 2012. Since completion of an earlier PFS in June 2011, Seabridge has hosted working group sessions with federal and provincial regulators, aboriginal groups, and technical consultants to review the project in detail. Feedback from this process has been used to design changes that have been incorporated into the new PFS.

The project’s strip ratio has been substantially reduced from 2.7:1 to 1.5:1, eliminating approximately 2.3 billion mt of waste-rock stripping and storage and significantly reducing environmental impact.

Access routes to the project have been revised to reflect feedback from the Nisga’a Nation and First Nations.

The new PFS incorporates updated capital and operating cost estimates and metal price assumptions. While initial capital costs and unit operating costs have increased over the 2011 study by 13% and 3%, respectively, base case economic projections from the new PFS are superior to the 2011 study due to a 10,000-mt/d increase in plant throughput to 130,000 mt/d and higher three-year average metal prices. Mine life is estimated at 55 years. Payback has been reduced by six months to 6.2 years.

A near-surface, higher-grade gold zone at the Mitchell deposit will allow average annual gold production of 830,000 oz/y during the first seven years of operation, substantially above the mine-life average of 508,000 oz/y.

The updated PFS envisages a combined open-pit/underground mining operation. During the initial 25 years of mine life, all ore will be mined by open-pit methods. As mining at the Mitchell deposit switches to block caving in year 26, daily production will decline to an average of approximately 90,000 mt/d over the remaining 30 years of mine life.

Over the entire 55-year mine life, ore will be fed to a flotation mill that will produce a combined gold-copper-silver concentrate for transport by truck to the nearby deep-water sea port at Stewart, British Columbia. Extensive metallurgical testing confirms that KSM can produce a clean concentrate, with an average copper grade of 25%. A separate molybdenum concentrate and gold-silver doré also will be produced at the KSM processing facility. 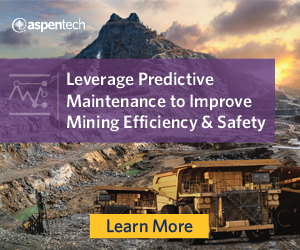