The U.S. National Mining Hall of Fame and Museum announced the class of 2022 inductees. This year’s inductees are being honored for trailblazing a commitment to sustainability concepts, leading the mineral royalty business, building academic mining programs, innovations in coal mine ground control and longwall mining, and advocating for a strong domestic mining industry to supply the nation’s needs for critical minerals. 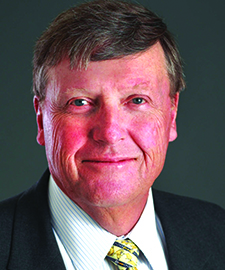 Timothy J. Haddon
(1948- ) was once described as “a new generation of mining CEO who combines the high-risk, pull-out-all-stops legacy of yesterday’s miners with the modern executive’s keen awareness that excellent community and government relations are critical to the survival of a mining company.” Haddon was a trailblazer in sustainable mining concepts in the 1980s, a mining industry leader into the 1990s, and remains a force in the education of technically proficient, business savvy, ethical, and humanitarian engineers. After serving as president and CEO for Amax Gold, Haddon moved on to co-found First Dynasty Mines in 1994 and other mining companies until his retirement in 2013. Haddon is an Emeritus member for the Colorado School of Mines’ Board of Trustees and a staunch proponent of its Humanitarian Engineering program. 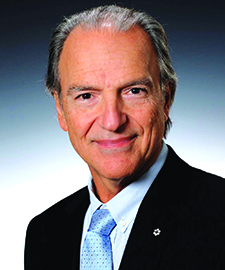 Pierre Lassonde (1947- ) is globally recognized as a mining executive, business innovator, analyst, philanthropist and author. Lassonde and Seymour Schulich formed Franco-Nevada Mining Corp. Ltd. in 1983. They eventually merged it and other mining companies with Newmont Mining in a deal that put Newmont among the world’s largest mining companies. Lassonde served as Newmont’s president from 2002 to 2007. When Newmont spun off Franco-Nevada in 2007, Lassonde and several associates launched an Initial Public Offering to fund acquisition of the portfolio and reestablish Franco-Nevada. Today, Franco-Nevada is among the largest royalty companies. In 1990, Lassonde wrote The Gold Book: The Complete Investment Guide to Precious Metals. A great philanthropist, Lassonde and his late wife, Claudette, donated millions of dollars to education and the arts. 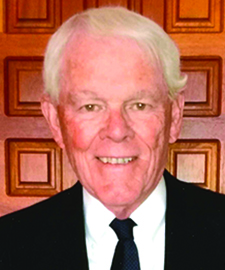 Thomas J. O’Neil
(1940- ) has demonstrated outstanding leadership throughout his career as a mining industry corporate executive, educator, board member, author and volunteer. He completed his Ph.D. in mining engineering at the University of Arizona (UofA) and advanced to associate professor and mining and Geological Engineering Department chair in 1972 and professor in 1978. O’Neil acquired the San Xavier mine for the UofA as an experimental laboratory for students to gain firsthand mining experience. He also started a graduate program in mineral economics to prepare students for the business aspects of mining. O’Neil left the UofA in 1981 to join Amoco Metals/Cyprus Minerals and rose quickly through the Cyprus organization. He joined Cleveland-Cliffs Inc. in 1991, eventually becoming president and COO in 1994. He retired from Cleveland-Cliffs in 2003. 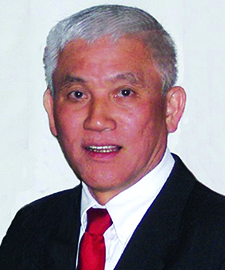 Syd S. Peng (1939- ) is among the world’s most renowned experts in ground control and longwall mining. He has educated thousands and authored numerous textbooks and technical papers. Upon moving to West Virginia University (WVU) in 1974, Peng began his research on longwall equipment. He chaired the Mining Engineering Department from 1978 to 2006. Peng recognized that coal operators did not always know what ground control technologies were available, so he organized the International Conference on Ground Control in Mining in 1981. In 1985, he established the Longwall Mining and Ground Control Research Center at WVU. Peng retired from WVU in 2013. He and his wife, Felicia, have endowed various awards, professorships, and scholarships. 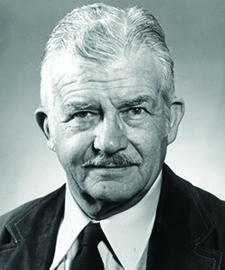 Sheldon P. Wimpfen (1913-2003) was a tireless advocate for a strong domestic mining industry capable of supplying our nation’s need for critical and strategic minerals. A mining engineer, who also served as a marine in World War II, Wimpfen joined the Atomic Energy Commission (AEC) as assistant director of the Division of Raw Materials. He critically examined the uranium procurement program, recommended how to improve and implement it, and received full implementation authority. He left the AEC to become vice president of Reynolds Mining Corp. in 1959, and president and general manager of Southern Peru Copper Corp. in 1967. From 1970 to 1980, he was assistant director and later chief mining engineer of the U.S. Bureau of Mines. Resuming his literary pursuits in retirement, Wimpfen wrote a memoir, Tin Peaks and Silver Streams, and two historical fiction novels.

The education outreach program at the Lowell Institute for Mineral Resources will be presented with the 2022 Prazen Living Legend Award. By helping students learn more about how they use minerals, where those minerals come from and the diverse people who work to obtain those minerals, the program hopes to encourage more young people to understand how mining supports their lives and to see themselves as part of the mineral industry.

The 35th annual Induction Banquet will be held the evening of October 29, at the Denver Marriott South at Park Meadows in Lone Tree, Colorado. Visit www.MiningHallOfFame.org for updates. Sponsorships are available; contact Stephen Whittington, executive director, at director@mininghalloffame.org for details.