Uncertainty about protected areas, tax changes, environmental restrictions, and regulatory duplication and inconsistency have combined to diminish Quebec’s status as a destination for mining investment over the past three years, concludes a new study from the Fraser Institute. Until recently rated the most attractive jurisdiction in the world for mining investment, the province has seen this advantage plummet due to changing governmental attitudes toward mining regulation.

The study, Quebec’s Mining Policy Per- formance: Greater Uncertainty and Lost Advantage, cites policy change and uncertainty involving protected areas such as wilderness zones, parks and archeological sites as the primary deterrent to mining investment in Quebec. These changes in- clude commitments to protect 12% of Quebec’s northern territory (nearly 1.2 million km2) and intentions to exclude up to half of the territory from industrial use.

“Uncertainty over protected areas effectively disqualifies land for exploration and mining, and douses any potential economic benefits such as job-creation. Uncertainty may also discourage exploration investment in and around potentially protected areas where the risk of increased protection looms,” said Alana Wilson, study author and senior economist with the Fraser Institute’s Center for Natural Resources.

The study recommended that Quebec’s government reconsider giving municipalities the ability to exclude areas from mining and seek to restore a single, stable and transparent policy framework. Also, a fair, transparent, and market-based compensation mechanism should be identified for mineral claims affected retroactively by increased restrictions. The province should also assess and publish the potential economic and social impacts of lost mineral exploration and development prior to removing land from mining and exploration.

The study also noted that until recently Quebec provided a generous system of incentives and a competitive tax regime that was attractive to mineral exploration investment. However, since 2010, Quebec has introduced two major changes in taxation, increasing mining duty rates to 16% from 12% of annual profits and basing profits on individual mines rather than across operations held by a single owner. Now, losses incurred at one mine cannot be used to reduce annual profits at another.

The study recommended that Quebec move toward a single, lower rate for corporate taxes and reconsider restrictions that limit credit for exploration work.

Uncertainty concerning Quebec’s environmental regulations, which have in- creased steadily since 2010, are also a deterrent to investment. The study also looked at how environmental impact assessments and public consultations are conducted in Quebec and warns against the politicization of the process.

Uncertainty in environmental regulations deters investment by negatively affecting the timeliness and predictability of the regulatory process, threatening project viability through new restrictions and prohibitions, and creating the perception that special interests—rather than sound science—are guiding policy decisions, the study stated.

And, finally, regulatory duplication and inconsistency have increased steadily in Quebec over the past three years, making it more difficult, costly, and time consuming to comply with regulations and increasing the risk that the province will miss out on mining opportunities.

In its concluding paragraphs, the study stated, “Mining has played an important role in the development of Quebec, and continues to provide significant opportunities for jobs and wealth creation, especially in remote and rural areas. Until recently, the policy environment in Quebec was regarded as the best in the world for attracting exploration and mining investment from Canada and abroad. Yet several years of policy uncertainty and politicization of the mining industry have created great uncertainty for mining companies, and raised the costs and risks for this industry.

“Ongoing amendments to the Mining Act and changing taxation regimes have undermined the confidence of mining companies in the stability and predictability of Quebec for investment, and hampered the ability of mining companies to attract investors. The result has been a rapid decline in the attractiveness of Quebec to mining investment. Changes must be made if Quebec wishes to regain its status as a top global and Canadian mining jurisdiction.” 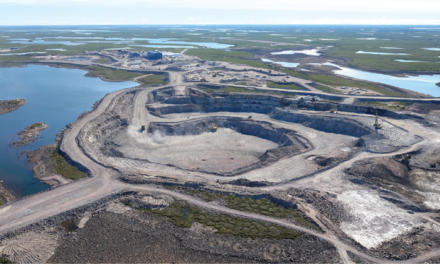