Initiation of the 404(c) process followed the January release of the EPA’s “Assessment of Potential Mining Impacts on Salmon Ecosystems of Bristol Bay, Alaska,” which documents the significant ecological resources of the region and the potentially destructive impacts to salmon and other fish from potential large-scale mining of the Pebble deposit (E&MJ, February 2013, p. 4).

Initiation of the 404(c) review process effectively blocks completion of the Pebble permitting process until the review is complete.

Northern Dynasty Minerals issued a statement acknowledging initiation of the 404(c) review process, which will include consultation by the EPA with the U.S. Army Corps of Engineers and Northern Dynasty. Northern Dynasty President and CEO Ron Thiessen said, “For a wide range of reasons, we remain confident that final decisions about Pebble will be made by federal and state regulators working within the rigorous National Environmental Policy Act (NEPA) permitting process and not unilaterally and pre-emptively by EPA. We will participate fully in EPA’s process to consider necessary safeguards to ensure that responsible mineral development can co-exist with clean water and healthy fisheries in Bristol Bay, and we will continue our efforts to prepare for the NEPA permitting process to come.” 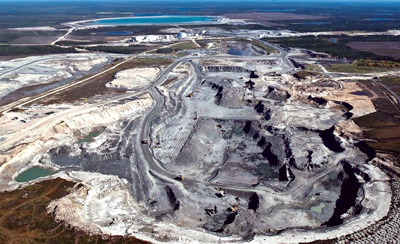