Donlin Gold LLC, which is owned equally by subsidiaries of NovaGold and Barrick, has received an updated feasibility study for its Donlin gold project in southwestern Alaska. The study was completed by AMEC Americas and revises a feasibility study completed in April 2009, with updated mineral reserves and resources, and updated capital and operating cost estimates. NovaGold announced the study results.

If put into production in accordance with the study, the Donlin project would be among the world’s largest low-operating-cost and long-lived gold mines, averaging 1.5 million oz/y of gold in its first five years of operation at an average cash cost of $409/oz and 1.1 million oz/y over its projected 27-year mine life at an average cash cost of $585/oz. The capital cost to develop the project is estimated at $6.7 billion.

Exploration upside at Donlin is believed to be excellent, with the potential to expand the current open-pit resources along strike and at depth. With proven and probable gold reserves estimated at 33.8 million oz established along only 3 km of a well-established mineralized corridor in excess of 8 km long, NovaGold said it is confident that further discoveries will be made.

The study confirmed the attractiveness of an option for power generation utilizing natural gas rather than the original diesel option. Natural gas would be delivered to site via a 500-km-long pipeline. “The change to utilizing natural gas is an important modification that is believed to materially improve numerous project parameters, including lowering operating costs, improving environmental management and social infrastructure, providing flexibility for future operational modifications, and facilitating potential increases in the scale of operations in this geologically prospective district,” the NovaGold announcement said. The cost to build the pipeline is included in the capital cost estimate.

The updated Donlin feasibility study is based on a conventional truck-and-shovel open-pit operation. The mine life is estimated at 27 years based on a nominal processing rate of 53,500 mt/d and a waste-to-ore strip ratio of 5.5:1. The ore will be crushed and then milled using semi-autogenous grinding and two-stage ball mills. The gold-bearing sulphides will be recovered by flotation to produce a concentrate representing 17% of the mass with an average gold grade of 12.7 g/mt.

The concentrate is refractory and will be treated in an autoclave prior to cyanidation. Overall gold recovery from flotation, pressure oxidation and carbon-in-leach is estimated at 89.8%. Excess acid from the autoclave circuit will be neutralized with flotation tailings and slaked lime. Tailings from the process will be impounded in a tailings storage facility that will have zero-discharge during operations, with water reclaimed for re-use in the process plant. 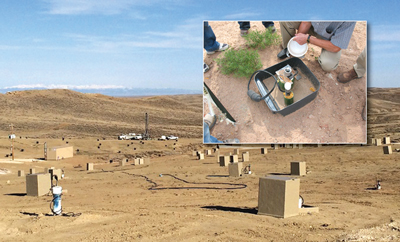