Canadian Zinc has reported the results of the preliminary feasibility study (PFS) on the company’s 100%-owned Prairie Creek mine in the Northwest Territories, Canada, along with new independent mineral resource and mineral reserve estimates for the project. The company has also announced a planned acquisition of Paragon Minerals in an all-share transaction that values Paragon at C$2.8 million. Paragon is an exploration company whose flagship project is its 100% interest in the South Tally Pond property, which includes the Lemarchant deposit and is located in a proven mining district near Buchans, Newfoundland.

The Prairie Creek mine was largely constructed and permitted in 1982 but was placed on care and maintenance due to declining metal prices. The current project benefits from an existing 1,000-mt/d mill and related infrastructure.

Mining is planned as an underground operation at mining rates averaging 1,350 mt/d, primarily utilizing the cut-and-fill mining method, with paste backfill consuming 100% of the tailings stream generated from the 1,000-mt/d milling process. Mining will initially be focused on the existing three levels of underground workings while a ramp is driven to access lower levels. Future underground development workings will include four new deeper levels accessed by the ramp.

The Lemarchant deposit has been defined to a depth of 210 m and remains open along strike and at depth. The exploration potential outside of the Lemarchant area is still relatively untapped with numerous priority VMS targets that have seen limited or no drilling.

John Kearney, chairman and CEO of Canadian Zinc, said, “This merger with Paragon is consistent with Canadian Zinc’s strategy of building a growth-focused base metal producer in North America and represents an excellent value opportunity for shareholders of both companies.

“We believe the addition of Paragon’s advanced exploration assets is a major step toward achieving our strategy of creating a strong intermediate base metal company with an attractive growth profile focused on enhancing shareholder value.” 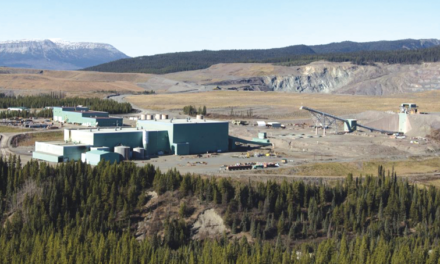