To reflect the impact of the new milling arrangement and other developments since its March 2010 Cigar Lake technical report, Cameco is planning to file an updated Cigar Lake technical report with, or prior to, its February 2012 annual information form. Significant Cigar Lake project developments since March 2010 include a decrease in the estimated average cash operating cost to about C$18.60/lb from C$23.14/lb, due primarily to the new milling arrangement, and a C$189-million increase in Cameco’s share of the total capital cost to C$1.1 billion, primarily as a result of the implementation of a surface freeze strategy, general cost escalation, costs to upgrade and expand the McClean Lake mill, and improvements in the mine plan. The planned production startup date for Cigar Lake remains mid-2013.

Construction of the underground Cigar Lake mine began in January 2005. Setbacks occurred in October 2006 and August 2008 due to separate water inflows into the mine. The sources of the inflows were identified and sealed, and dewatering was completed in February 2010. 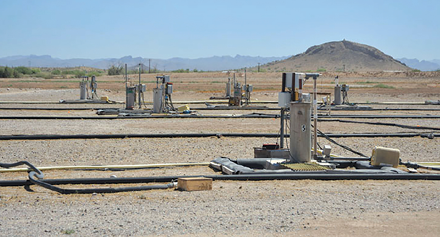