The U.S. Environmental Protection Agency (EPA) and the U.S. Department of Justice (DOJ) have signed an agreement with Bunker Hill Mining, allowing the company to operate the Bunker Hill mine in northern Idaho without incurring liability for hazardous substances, pollutants or contaminants that migrated from the mine in the past. Through a settlement agreement and order on consent for response action, Bunker Hill will pay $20 million to the EPA over a seven-year period for as long as it leases, owns and/or operates the mine. These payments are for the EPA’s prior response costs as contemplated by the lease/option on the mine. Bunker Hill will also make semiannual payments to the EPA for $480,000 for ongoing water treatment costs incurred at the EPA’s Central Treatment Plant. The company will also maintain the mine’s infrastructure to allow for proper management of effluent.
Read the Whole Article in our Digital Edition 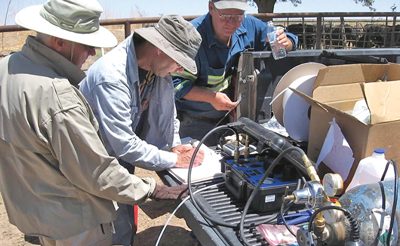