Brigus Gold has received an independent, NI 43-101-compliant prefeasibility study for its Goldfield project in the far northwest of Saskatchewan. The project is based on two deposits, Box and Athona, located on the north shore of Lake Athabaska, near Uranium City, Saskatchewan.

The study describes a 5,000-mt/d surface mining operation based on current reserves of 1.02 million oz of gold. Mine life is projected at 13 years, with production averaging 100,000 oz/y of gold during the first seven years of operation. Capital costs to develop the project are estimated at $160 million, not including a leased mining fleet. The project environmental impact statement has been submitted and approved, and no permitting delays are anticipated.

The Box deposit is located in the vicinity of an historic underground mine and is accessed via 25 km of dirt road from Uranium City to the northwest, with a shorter ice road constructed during the winter season. Uranium City has good infrastructure, including a nearby airport, electric power, water and sewage systems.

The Athona deposit is located 2 air km and 6 road km southeast of the Box deposit. Both deposits are accessible by barge from Lake Athabasca. The deposits are open at depth, offering potential for future underground mining. Exploration and definition drilling are ongoing.

The Goldfield prefeasibility study was prepared by March Consulting Associates. Wardrop completed a resource update for the study. 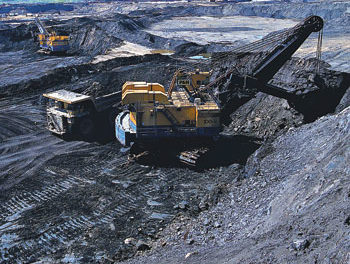 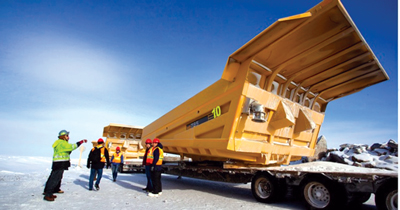