Fraser Institute’s annual Survey of Mining Companies, 2013 ranks 112 jurisdictions worldwide for: government policies as they relate to mining, mineral potential, and attractiveness for mineral investment. The latter category, investment attractiveness, is a composite ranking that takes both government policies and mineral potential into consideration. The survey was released in early March.

The top 10 jurisdictions based solely on perceptions of government policy toward mine development shift the ground somewhat, with Sweden ranked No. 1, followed by Finland, Alberta, Ireland, Wyoming, Western Australia, New Brunswick, Nevada, Newfoundland and Labrador, and Norway.

Exploration budgets reported by companies participating in the survey totaled $3.4 billion in 2013, down from $4.6 billion in 2012.

The Fraser Institute survey includes numerous quotes from company executives regarding experiences with regulatory issues in individual jurisdictions, including some regulatory horror stories. Comments of a more general nature include:

“We stand at a crossroads in the exploration industry. Without moves to encourage investment in grassroots exploration, the pipeline of project development is going to create tremendous job loss and contraction in the sector over the coming years.”— a senior manager at an exploration company.

“Each year there are fewer jurisdictions that encourage mining and exploration as governments introduce restrictive policies and increase taxes and royalties. Those jurisdictions that resist this trend will likely be the beneficiaries of increased investment in mining and exploration, which will lead to increased government income from taxes and royalties plus increased employment.”— vice president of a producing company with less than $50 million in revenue.

“The mining and exploration investment climate has generally weakened since 2008 to what is seen by many as being the worst this year, 2013, since the 1950s. Many sources of risk capital for the public junior company marketplace have disappeared.”— president of an exploration company.

The full Fraser Institute survey is available at www.fraserinstitute.org. 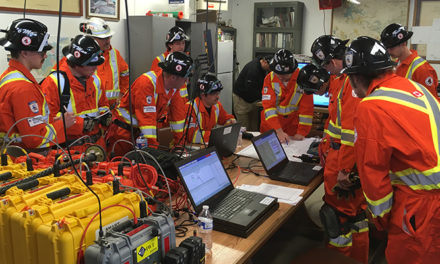