Veris Gold officials have announced commencement of gold production at its third underground mine. Starvation Canyon is part of the Jerritt Canyon Operations in Elko County, Nevada, and operated by Veris Gold USA Inc.

At the beginning of this month, the company completed the ventilation raise and secondary escapeway to allow the mine to begin production. Two zones and three production levels have also been completed with 3,394 ft of development completed to date. “Production at Starvation Canyon is a key element to the 2013 production plan,” said Veris Co-CEO and COO Randy Reichert.

By the end of this month, company officials expect to produce 9,000 tons per day (tpd) of ore averaging 0.15 oz/ton at which point production will ramp up to 600 tpd by June averaging 0.24 oz/ton. 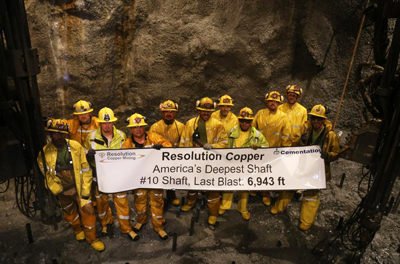