Vale Has Its Best Year

“We are living through our best days,” Agnelli said. “However, given the size and quality of our pipeline of growth projects amid a scenario of sustained global demand growth for our products, I strongly believe even better days are ahead of us.”

Referring to 2009 as a transition year, marked by weaker but still robust performance, 2010 was a year of strong recovery and striking performance due to the combination of two powerful forces, Agnelli explained. “The initiatives developed by the company in response to the global economic downturn, embracing change and structural transformation, began to bear fruits,” Agnelli said. “Then, the global economy, led by emerging economies, the main drivers of the demand for minerals and metals, showed an above-trend growth, rallying from the depressed levels of late 2008/early 2009.”

Vale has invested $12.7 billion in maintenance of existing assets and the exploitation of multiple organic growth opportunities. Six projects were delivered in 2010: additional 20 million metric ton per year (mt/y), an iron ore expansion of Carajás operations; TKCSA, a steel slab plant; Bayóvar, a phosphate rock mine; Tres Valles, a copper operation; Onça Puma, a ferronickel operation; and Oman, an iron ore pellet operation. Moreover, the company spent $6.7 billion to finance acquisitions, including fertilizer assets in Brazil. In total, Vales investment in 2010 reached $19.4 billion, the largest in the mining industry.

Simultaneously, Vale returned $5 billion to shareholders, a record amount, being $3 billion of dividend distribution and $ 2 billion through a share buyback. In addition, an extraordinary dividend of $1 billion was distributed to shareholders on January 31, 2011. 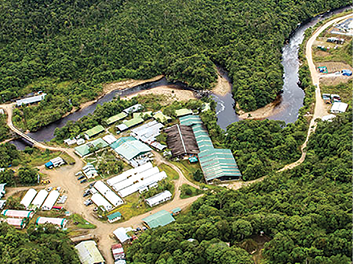