Santa Fe Gold Corp. has started commercial production at its Summit silver-gold mine in southwest New Mexico. Initial development of the mine has been successfully completed, mechanized mining of the ore body has begun and production levels are steadily increasing. Santa Fe Gold is the first company in recent years to have launched commercial-scale operations for a precious metals mine in New Mexico.

Ramp up to full production levels continues and will be reflected in increases in both tonnage and grades. Ore reserves are estimated to average 10.78 oz/ton silver and 0.143 oz/ton gold (0.35 oz/ton gold equivalent). At full production levels, direct operating costs are projected to average $364/oz of gold equivalent produced over the life of the mine.

“Achieving commercial production at Summit is a significant milestone,” said Pierce Carson, president and CEO, Santa Fe Gold. “However, it is important to recognize we are still at an early stage in mine development. We have not yet reached the richer parts of the ore body that constitutes the majority of the reserves. Daily production rates are variable and we are continuing to make improvements in operating efficiencies. On the positive side, mechanized long-hole mining has proved to be very successful and we are confident of attaining our target mining rate of 10,000 tons per month, or 400 tons per day. Due to limited mechanical availability of underground mining equipment, we have not yet reached our target.”

From December to March, the Lordsburg mill feed rates increased from nearly 4,000 tons/month to more than 5,600 tons/month. The tonnage processed has increased every month over the past six months. March production increased in spite of one week of down time due to equipment repairs, which now have been completed. Also in March, a new fan changeover was accomplished that has resulted in significantly improved mine ventilation, which will allow further increases in mine production.

As a result of recent improvements in mine equipment and continued improvements planned for April and May, the company anticipates significantly increased production in the second quarter of 2012.

Maricunga Mine Returns to Full Operation 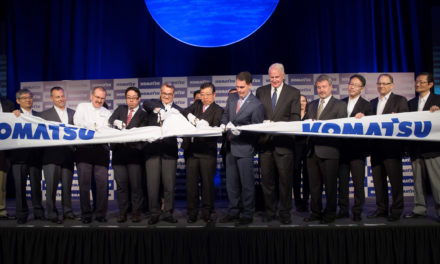