Following work suspension amid disputes with government officials, Vale said the cost to develop a project making Argentina the world’s third-largest potash supplier could have doubled to $11 billion from inflation and currency exchange rate fluctuations. Vale has announced it would shelve the project after Buenos Aires officials denied it $3 billion in tax relief under concession rules; Argentina has since announced it would revoke the project licenses if work fails to resume. The presidents of Argentina and Brazil are scheduled to meet by mid-April to resolve the issue.

“We’ve tried to reach some agreement with the government for many and many months,” CEO Murilo Ferreira told reporters at a Hong Kong conference, according to Bloomberg News. Despite the disagreements, however, Ferreira voiced optimism that laws would “prevail.”

Previously budgeted at $5.9 billion, Vale officials announced at the end of February that they completed 45% of the Rio Colorado project for $2.23 billion. The project includes development of a mine in western Argentina, renovating 440 km of railway infrastructure and building a 350 km linking the site to the port of Bahia Blanca.

With a 4.3 million-ton capacity, the project in Mendoza Province would make Argentina the world’s third-largest potash exporter, said President Cristina Fernandez de Kirchner, upon the deal’s initial July approval. Kirchner’s nationalist agenda is deemed a direct threat to resource extraction companies in Latin America’s third-biggest economy; since 2007, her socialist governance has also caused serious contractions—runaway inflation being one of its main causes. 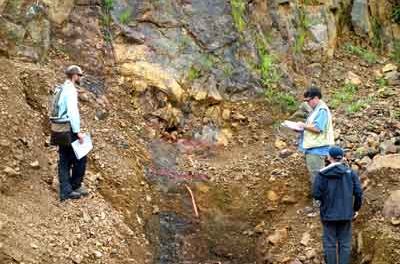